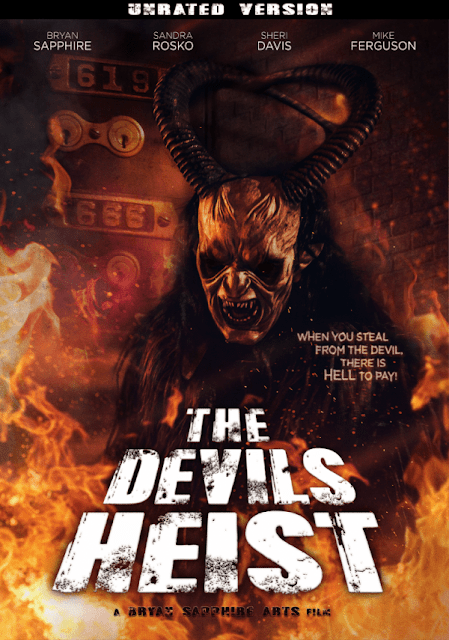 What follows is an account of the latest horror films released from Midnight Releasing. An account I pertain to be true and which was written in good faith in our year of the Lord 2020.

Without A Body is available to watch online or video on demand via Amazon, iTunes, Vudu, Google Play, X-Box, Vimeo, YouTube, Fandango, Plex and Flixfling. When I reviewed this back in April I said of it: "...this did its job as escapism, to be honest anything that does that in these current times is fine by me".

Also out is the intriguing Lake Artifact. This is about five friends who get trapped in a deadly time loop at a remote lakeside cabin. In my review in July I said "...the unexpected surreal humour added rather than detracted from the film...the often straight faced humour from the cast gave this film a warm feel".
Another one here with Stained. This is a strange modern day retelling of the Shakespeare classic play Macbeth. While it was all a bit bizarre I said of this "There are some decent moments here..."
Finally, a new trailer has dropped for The Devil's Heist. The clues' in the title as this is about a group of thieves who unknowingly rob a bank that is owned by Lucifer and ran by witches! This is directed by Fernando Acevedo and stars Bryan Sapphire, Sandra Rosko, Sheri Davis, and Mike Ferguson.
Posted by Daniel Simmonds at 10:07