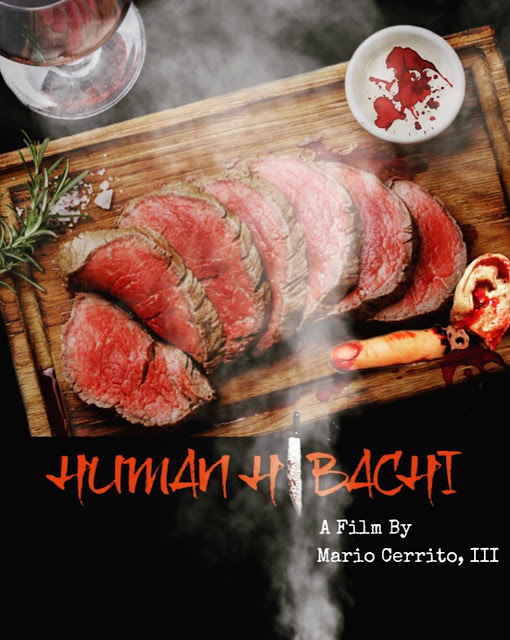 Human Hibachi became available by video on-demand from October 23rd exclusively on the film's website. Apparently the film was deemed too extreme to be viewed on Amazon. In the movie a man documents his girlfriend's 35th birthday on his phone, but things take a very dark turn as the night plays out.

Director Mario Cerrito (The Listing) said of his film: "So when I made this film, I knew some of the stuff that I put in it might exclude us from platforms like Amazon, however, I wanted to see my vision through so I wasn't going to let that hold me back. The main goal was to make something different...something that will be remembered and I'll take that over being rejected by a platform any day."

Human Hibachi can be viewed on it's website, here. Mario Cerrito and his team are currently working on a new horror, titled The House in the Pines.