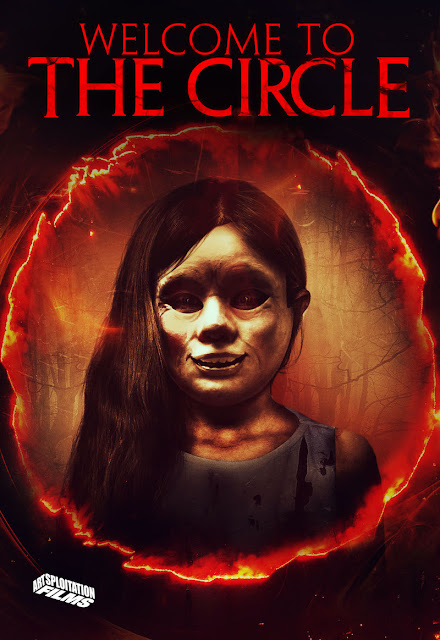 It is with good timing that I came to be watching David Fowler's feature length directorial debut, Welcome to the Circle. I have just recently finished playing the video game Far Cry 5, both of which feature crazy cults. This film was very limited in scope, and while it suffers due to a tiny cast and a sometimes ridiculous script it at least offers up something to think about with how it tries to tell its story.

While out camping, Greg (Matthew MacCaull - Black Fly) and his young daughter, Sam (Taylor Dianne Robinson - The Twilight Saga: Breaking Dawn - Part 2) suffer a bear attack. Greg awakens to find himself at a strange commune out in the woods, being looked after by some female cultists. He soon learns his daughter is fine, maybe too fine, as upon discovering the cult is not as wholesome as first appears he struggles to convince her to make an escape with him. Meanwhile, Grady (Ben Cotton - Slither) is on route to the commune, hired to extract a cultist and de-program her. However, while much of the cults beliefs appear to be crazy, it does seem there is some truth hidden behind the facade of madness. 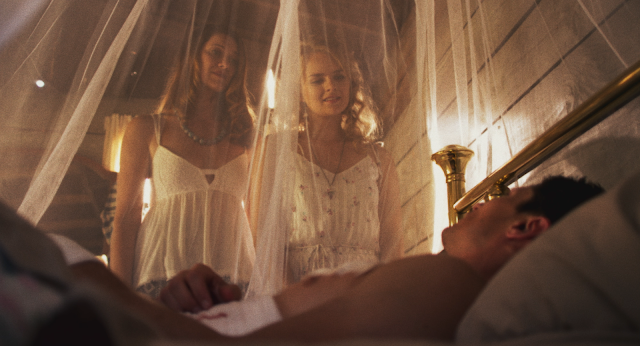 What exactly happens here? That is not so clear to say. The whole vibe of the film reminded me of a dream sequence episodes in an established series, such as the ones in Buffy the Vampire Slayer and The Walking Dead. The films first act trundles along perfectly sensibly, with it appearing the movie would all be about Greg and his attempts to escape. However, the films second act switches tracks and the story never gets back to a logical footing. Much of the film seems like it is taking place in an alternate reality, it is hard to explain what is going on, but includes the idea that mirrors hold some strange power, that people can be changed into mannequins/mannequins can be brought to life, and the whole location being some sort of an inescapable circle. Some of this works, some does not, and the film expects you to just let events wash over you rather than think too deeply about the washy ideas presented.

The commune appears to be made up of around five or six people, including the maybe cult leader, Mathew (Michael J. Rogers - Beyond the Black Rainbow). The rest of the cultists are made up of mannequins, the in-film explanation being that the commune doesn't have as many members as it once did, and so these are stand-ins for actual people. This works via the idea that these life sized dolls may have once actually been people, but also works as a work around for an indie horror to not have an overly large cast. To be fair, some of the best moments include these dolls, I always liked the surreal moments where characters encounter their creepy counterparts, decked out in identical clothing. The actors come across as a bit weird in their portrayals, but this is mainly down to the script. I was never sure if this was supposed to be comedic or serious, but the double speak the cultists spout reminded me heavily of the 'Cult of Zoltan' from Dude, Where's My Car?, it was hard to not find it farcical rather than mysterious. The same can be said of Grady. Cotton's character was by far the most interesting character here, but again some of the straight faced nonsense he says could easily be seen as being purposely stupid. 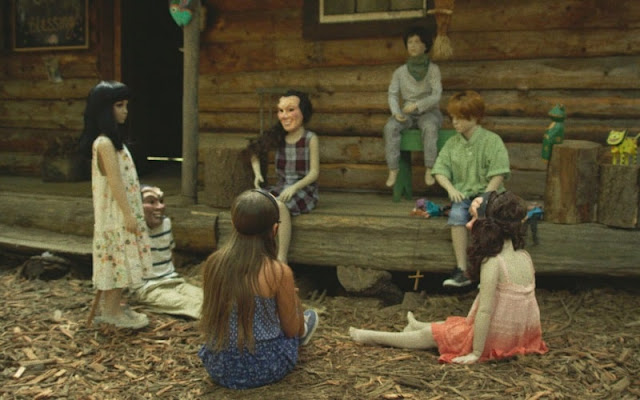 The main story (both Greg's escape and Grady's infiltration) is too low key, with too few actors to sell what is going on, but it is the background lore about the cult that I found to be the most interesting. Throughout Welcome to the Circle there are crazed little montages of spliced together black and white photos and stock footage of the founder of the commune. The way this story gets told over the course of the film was very interesting, with different actors taking on the persona and look of this founder. There were definite Twin Peaks red room vibes from this whole part of the story, and it was one of the few areas where the movie really did excel.

Welcome to the Circle has a fascinating idea hidden beneath the layers of constraints and restrictions of an indie horror. The main plot may be unexciting, but the confusing lore hiding in the background kept me watching for more. A flawed film for sure, but not completely without merits. Welcome to the Circle comes to DVD, Blu-ray and streaming on October 27th thanks to Artsploitation Films.