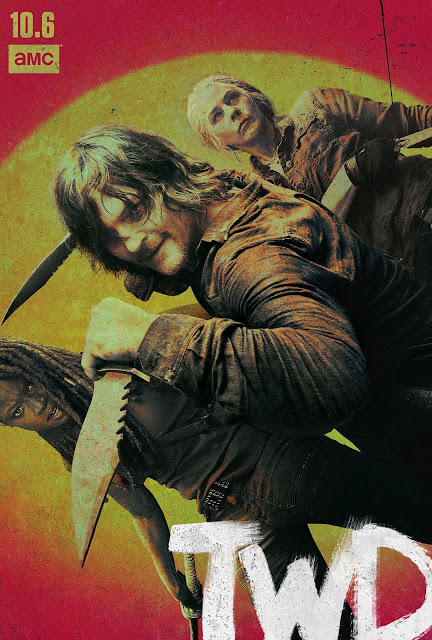 It is that time where I attempt to do my annual review of the latest season of The Walking Dead. Due to the way the show airs I always struggle to write these reviews. Usually each season is split into two halves, one airing towards the end of the year, and the second part airing around February of the following year. I always tell myself I need to write after each half, rather than waiting till it has all ended. Well, this year with the darn pandemic has meant season ten of The Walking Dead is even more fragmented than usual. The pandemic hit before the season finale, A Certain Doom had been completed, and so that episode was pushed all the way back to the start of October. I'm now putting up a review of the season, but bear in mind there are an additional six episodes still to come at the start of 2021. I had heard they will be anthology like in style, each one dealing with a different set of characters. Unavoidable spoilers for previous seasons to follow.

With Alpha (Samantha Morton) and her Whisperers proven to be a dangerous threat, the settlements of Oceanside, New Alexandria and Hilltop live out an uneasy existence. While Alpha gave them her word they will be safe if they don't cross into her land they nonetheless begin to prepare for the inevitable battle. She has in her possession a horde of undead, a collection so large that they would decimate anyone they are unleashed upon. Carol (Melissa McBride) in particular carries a burning hatred for Alpha, and seems ready to break the terms of their shaky truce in order to claim her revenge... 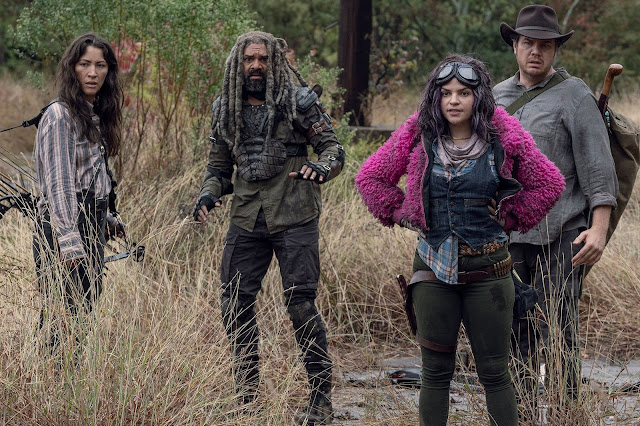 I will be honest here, the way I in particular watched this season means parts of it are very fuzzy. Me and my best friend ended up watching this sporadically, this led to forgetting details of what had occurred previously, and who characters were. In more recent seasons there has always been a overly large cast, I long since gave up on trying to learn any of the newer characters names. Without spoiling much this is a season where the heroes are given a break in terms of shocking demises, plenty of good guys do die, but I can't think of a single character whose death I cared about. The Walking Dead in my opinion is at its best when it features stand alone episodes, and this season contains one of my favourite ones of this type. The 13th episode, What We Become sees Michonne (Danai Guria) experiencing a 'what if' scenario, showing the dark path her life may have led if she had never met up with Rick Grimes. This was created in part by nifty editing, and with digitally adding her to scenes from previous seasons, but with her as a bad guy. It was fantastic stuff, though personally that was due to both Rick and Carl appearing (even if it was just recycled footage).

The core characters are as great as they always have been, yet as the show goes on they appear less and less. With news that the next season is to be the final one hopefully the actors will be more happy to appear more as it does give the show a disjointed feel at times. Alpha, and the seemingly indestructible Beta (Ryan Hurst) are great bad guys, yet they never attained the level of fear that Negan (Jeffrey Dean Morgan) and his Saviours did. Their whole thing is a lot different from those thugs but I never felt much fear around them. We are treated to some nice flashbacks for the characters, particularly with episode 2, We Are the End of the World that shows the origins of these latest antagonists. There is even a mild hook created during the season with just who Beta actually was before the apocalypse happened.  In terms of new characters there are only a couple who made much of an impression. The first is Virgil (Kevin Carroll), who promises that he can show the group an island full of weapons. The second is Princess (Paola Lázaro) who truth be told felt like a character who had walked in off the set of Z Nation due to her eccentric behaviour (no bad thing). 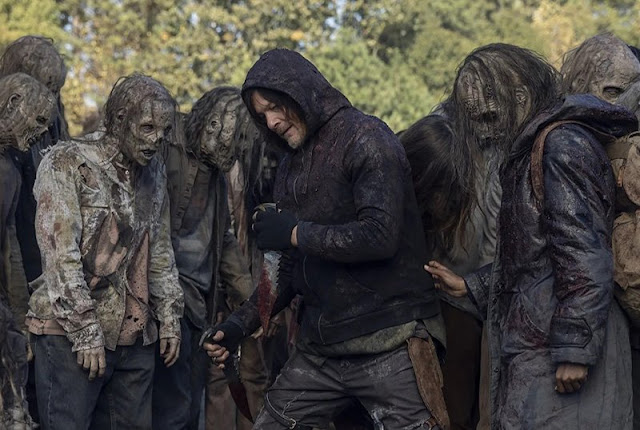 The general story this season was a good enough one, there are plenty of unexpected moments, such as traitors hidden among the settlements, and Negan finally gets to leave the jail cell and spout some of his ever hilarious dialogue. There are plenty of moments featuring lots of zombies, who mostly look as dried up and weathered as ever. I will say there was some pretty dodgy CG during the finale, though it could be unavoidable due to the constraints of finishing it during a pandemic. I am excited to see how the show gets finished up next season. The Walking Dead is perhaps my favourite TV show of all time, and so I will watch it to the very end.

The Walking Dead: Season 10 more than most seasons felt like more of the same. For a fan such as me this is no bad thing, but I feel there needs to be a change up for the final season to really keep things captivating. On occasion this show frustrates with how much luck characters, the protagonists in particular have, but the style, featuring flashbacks, nightmare sequences, and various different storylines is always delightful.