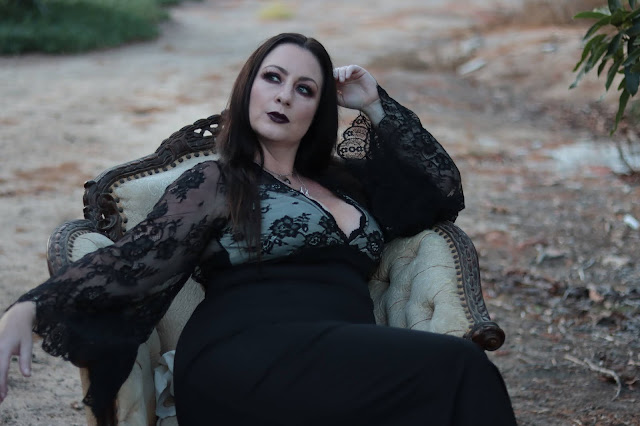 Malvolia: the Queen of Screams has recently started up a fourth season on YouTube. This web series stars Jennifer Nangle (Irrational Fear, Ugly Sweater Party) as her Malvolia persona. I hadn't heard of this show before, it sounds like each episode features a different short film, with Malvolia opening and closing the episode. This has previously won awards, the most recent being at last years Zed Fest Film Festival where it won Outstanding Acting Performance (Nangle), Outstanding Direction (Richard Trejo), Outstanding Ensemble Acting, and Outstanding Screen Story (Nangle) for season two's Halloween special. Jennifer also won the Independent Filmmaker Spirit Award there.

Obviously, as with everything, this year has brought with it its own challenges. In a recent podcast interview Nangle said of this new season: "2020 has been such a hard year on all of us...lots of life lesson were learned when the blinders were pulled off. I had no idea how to deal with or release a lot of the pain and hurt that I was experiencing except through my art. Some of the scripts I've written are very personal. Lots of limits are being pushed. Breaking free. A lot more bloodshed, revenge and chaos!"

The highlight for each season is apparently the annual Halloween special, and this year season two's director, Richard Trejo has been brought back to direct both the special and the photography. Malvolia: the Queen of Screams season four started on October 13th, and can be seen on the shows YouTube channel, here.