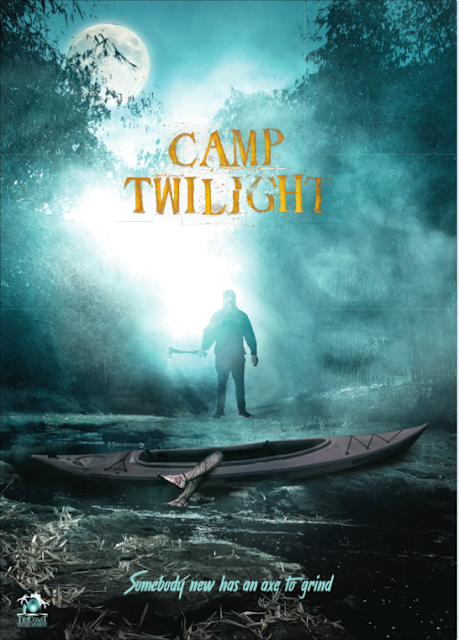 Camp Twilight is a modern day slasher that very much bases itself on the retro tropes of the classics from the 1980's. This was director Brandon Amelotte's first feature film, and he co-wrote the story alongside cult actress Felissa Rose (Terrifier 2, Ugly Sweater Party, Sleepaway Camp) who also has quite a large role here. While the format is identifiable enough I did feel the death scenes left a little to be desired.

Six students, all on the verge of failing to graduate, are offered an opportunity by the school. If they agree to go away on a weekend camping trip with their teacher, Jessica Bloom (Rose) and principal, Mr. Warner (Barry Jay Minoff - Among the Shadows) they will be given the extra credit they all need to pass the year. The location chosen is 'Camp Twilight', a place that had a shady past, and a place whose reputation will be once again tarnished over a weekend of murder and bloodshed at the hands of a mysterious hooded figure... 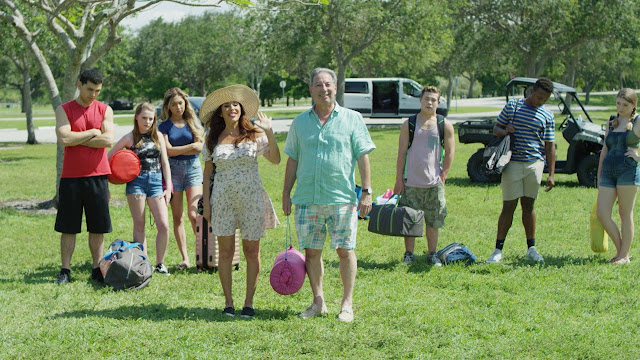 By leaning so heavily on the classics Camp Twilight comes across as a little generic and by the numbers. The six students all fit into the stereotypes you would expect. There are the meathead jock characters, the sarcastic outsider, the jock with a secret heart of gold, the promiscuous one, and the trouble maker. These characters are all played earnestly and while it is entertaining to see who will be the next victim, it was also very hard to care about any of them. There are a fair few comedy characters here, such as Ranger Bob (Dave Sheridan - Scary Movie, The Devil's Rejects) and the two cocky detectives, their appearances don't help change this slasher into anything meaningful. It was nice to see scream queen Jessica Cameron (Truth or Dare) show up in a small role as do a few other notable names.

I think if the kill scenes had been more involved and more inventive then this could have risen above feeling like a modern day carbon copy, but they are not. All too often the death sequences are very short, often the kill itself will take place off camera, or via an extreme close-up inset shot. The majority of the kills are one hits, usually with a machete or axe. It would have been nice to get more variety, and more time spent with this part of the film. If you're going to go to the trouble of making a whole bunch of generic characters you may as well spend some time giving the viewer the satisfaction of seeing them perish. Also, the killer's look was very bland, comprised of a black hoodie and a mask. Still, it wasn't all bad, there were a couple of deaths that were satisfying, and the blood the victims cough out their mouths always looked decent. 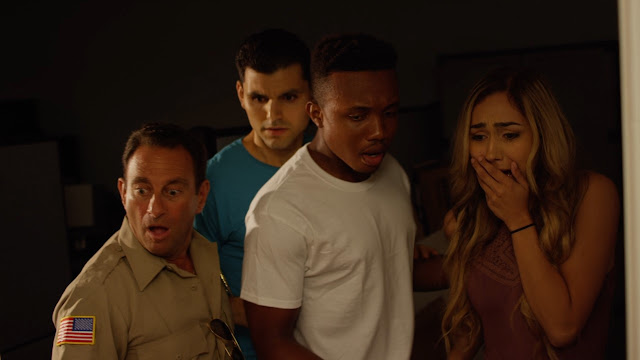 While the slasher format is always going to start off with the kills spaced out, before the final act where everything increases, it did lead to a slight feeling that the horror was missing at times. There was at least one montage I can think of which showed the students all enjoying themselves that felt like it added nothing, especially where it was placed, towards the end of the second act. The story in these types of films is always going to be slight, and to Camp Twilight's credit it did keep me guessing with who the killer would turn out to be. The reveal went a bit too melodramatic, a lengthy explanation for why they were doing what they were doing took some of the momentum from the third act, while the epilogue didn't really add anything.

If you head to Camp Twilight knowing the type of slasher it is trying to be then there will be fun and entertainment for you here. It doesn't try to innovate, or to give any type of particular message, and its many kills are often lacking, but as brain dead entertainment it succeeds without ever becoming dull, and spotting the cameos was something fun to do. Camp Twilight releases on various digital platforms on 1st November thanks to DarkCoast.