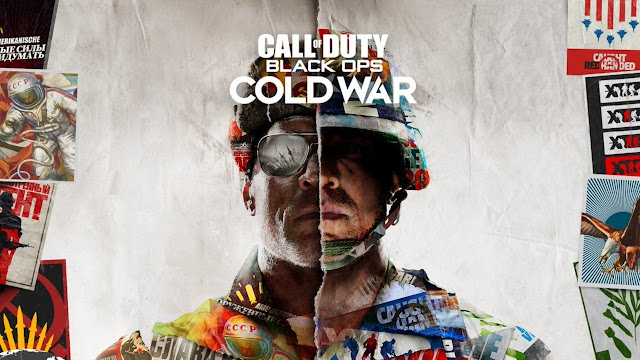 I decided late last night that I should probably try and do a blog post for each day of October. With nothing planned I figured I would give some Call of Duty: Zombies news. Me and my best friend love that mode in the Call of Duty games. In fact, with last years entry not featuring the undead at all we decided to skip it. Thankfully, Call of Duty: Black Ops Cold War will feature a Zombies mode, and last Wednesday a trailer and news for it dropped.

It appears there will be a single map at launch, Die Maschine which takes place in the same location as the very first Zombies map, Nacht der Untoten. Instead of a straight remake this map looks to be a whole lot bigger, featuring an eighties aesthetic, a large underground laboratory, and the ability to leave the ruined building itself and explore the surroundings. This starts off a whole new storyline that takes place in the same universe as the Black Ops Zombies world, but with a different set of characters.

For the first time your weapon class is the same across all three game modes, Multiplayer, Warzone and Zombies. This means that rather than start the wave based survival game with just a pistol you can instead bring your whole class load out with you. Baggsy the LMG! Also, previously the only way to end a game in this mode was by dying, but now you will be able to radio an evac chopper. This will instigate a few rounds of intense corpse battling before you are able to make your escape. Finally, while there only seems to be the one map at launch, all future maps will be free. On the one hand this is great, but going by Battlefield V there may not be the usual four additional maps, maybe just a couple. Time will tell. The Battlepass for the new Call of Duty will go across all three game modes, so if there is anything half decent that is zombie themed I may have to pick it up. Needless to say, after seeing this new trailer I immediately pre-ordered the game. Call of Duty: Black Ops Cold War releases on November 13th.

Posted by Daniel Simmonds at 15:37