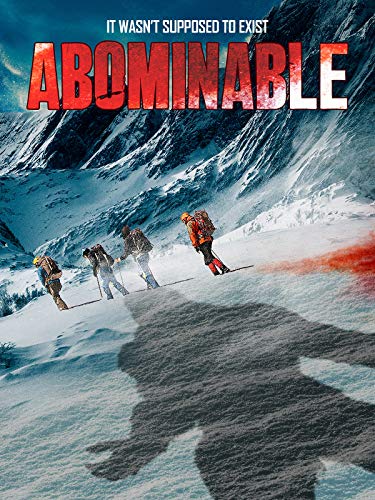 It is almost comforting to find that indie films such as Abominable are still being made. The style and the format of creature features like this has been the same for countless years. Directed by Jamaal Burden (Elves), this horror occasionally delights with its good looking practical effects, yet for the most part is one long slog to get through.

A group of armed researchers have headed to a mountain top in order to find a mythical plant that is said to grow there. This plant is rumoured to hold the cure to cancer among its many other benefits. The recon team vanish without a trace and so the rest of the group split up. Two groups are tasked with setting up relay beacons, so that Pete (Justin Prince Moy) can radio back to base the teams location. They soon discover they are not alone up on the mountain, a yeti is also there, and it has an innate instinct to protect the mythical flowers at all costs.

Typically films follow a three act structure, with Abominable though it just felt like one long act. After a nice little prologue showing the conclusion of the previous ill fated expedition to the area we are introduced to the cast. They are already up in the mountains, and they all speak so much techno-jargon that I was never really sure exactly what was going on. Sarah (Katrina Mattson), the main protagonist for instance is often shown doing something on some big blue tablet like device, no idea what though. Of the five or six main characters there was barely any development for them. You find out the leader has brain cancer, and that one of the group hopes to find the plant to help cure his sick wife, but aside from that these characters are blank slates. It was hard to really care about these people, going the other way I didn't find them unlikeable either, they were just people and nothing more or less.

The majority of the seventy minute film has various characters wandering around in the snowy woodland not really doing much, I was never really sure what they were meant to be doing. Occasionally one of them will see the yeti, who is either off camera, or in the distance hiding in the scenery. This always leads to a sequence where a character is shooting away at the creature while trying to flee. Sometimes they are successful, sometimes they are not. When they are not is when the film is at its best as there are some very over the top kill scenes which were a highlight. These include a character getting their arm ripped off, and then their jaw ripped off, and someone else who has their entire face ripped off! It is all practical effects and features plenty of blood and gore and I loved all these death scenes. The practical effects are good, but it is a shame the monster design of the yeti is not as effective. The creature sadly looks like a man in a foam suit, and while Abominable dances around this fact for a good half of the movie by barely showing him, it gets to a point where he has to be seen, which ruins the effect. 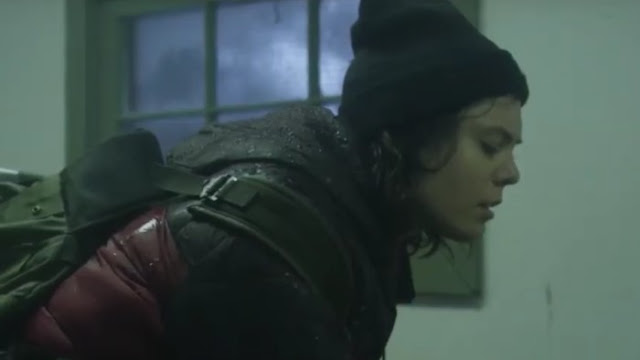 The barebones plot is what let this down the most. Characters walking around in identical looking locations for the vast majority of the film led to boredom setting in. Despite the short run time this still felt like it was a long movie. There were also a few plot holes that stood out, notably when it is revealed the yeti can't stand artificial light sources, yet a couple of scenes later is seen inside the brightly lit research station location with no problem whatsoever. The many action scenes consist mainly of people shooting off camera, while overly dramatic music loudly plays over everything. It all ends on a zinger that I didn't really understand, was a bit of a dull end to a mostly bland movie.

Abominable isn't a terrible film, it helps a huge amount that the practical effects look so good. The story, or lack thereof, and characters who are so underdeveloped that it's hard to feel anything for them brings down the enjoyment factor here. Abominable comes out on 11th January 2021 thanks to High Fliers Films.

Posted by Daniel Simmonds at 03:07