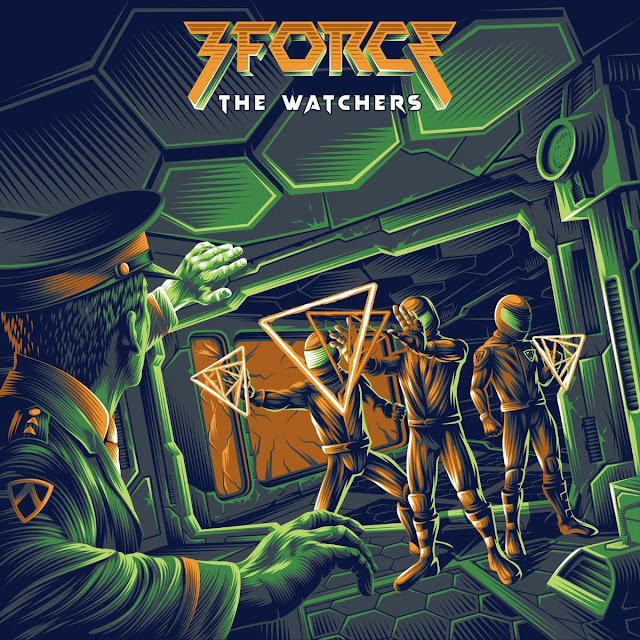 With October obviously being the most hallowed month of the year for lovers of horror I am filling up my blog schedule with smaller news posts. I get so many emails that often I have to pick and choose what gets covered in my monthly news post. Things, like 3FORCE's new track would often not make the cut just due to lack of time. Sure, this music isn't horror, but anything with synth is always associated to me with the sounds of the eighties, the era that arguably included some of the most fun horror films ever created. While absolutely nothing to do with the upcoming video game Cyberpunk 2077, this track still reminded me that that game is due to arrive in November (even if it is sadly at the cost of crunch). Onto the actual news...

EDM/synthwave group 3FORCE have released a new track titled The Watchers. This four minute journey into the world of cyberpunk follows previous release Pursuit, in paving the way towards their next full-length album. The track is available on all platforms from independent synthwave label FiXT Neon. For more details on how to stream or purchase the track head here.