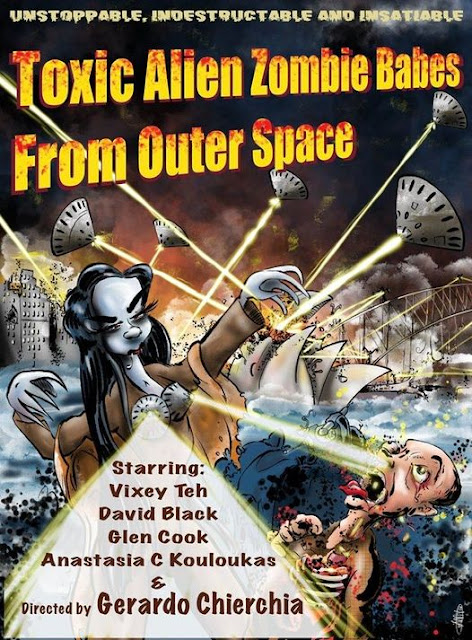 A new teaser trailer for upcoming sci-fi/horror comedy Toxic Alien Zombie Babes From Outer Space has been released. I don't often do individual news post much any more, but I am hoping to be able to at least include a few during the month as my monthly news roundup is becoming quite large lately! Created by David Black and Gerad Chierchia, this film is working around the various lockdowns going on around the world by getting people from across the globe to submit their own clips online, which will then be edited and added to. For details of how to get involved in that head here.

Joel D. Wynkoop is set to feature in one of the starring roles in the movie, and he will be playing the same character, Parsons Cooper, that he plays in his upcoming feature The Craiglon Incident, which is a crossover with this one. Also set to feature in the film will be Destiny Soria, and she currently has an Indiegogo campaign running to get funds for her own horror, Christmas Slasher. Details of that campaign can be found here.