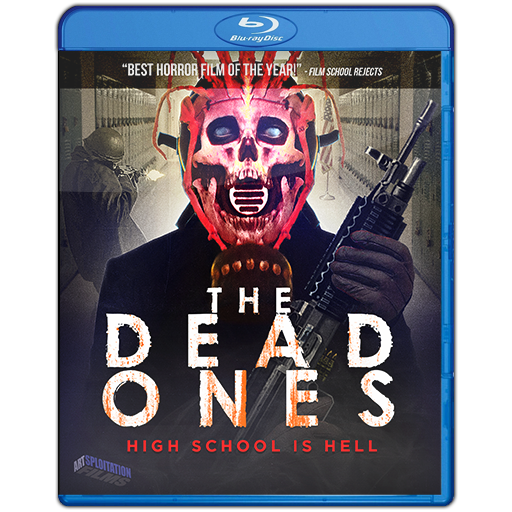 The Dead Ones is a horror that comes from director Jeremy Kasten and writer Zach Chassler (The Wizard of Gore, The Thirst). It explores the topic of high school shootings, but does so in a way different to usual. The whole movie is very centered on the supernatural and from the offset feels like it is all one large nightmare sequence. The central idea that holds this all together is one I have seen in plenty of movies before (Dark Corners is one such example). It manages to pull this all off in just 72 minutes, though it feels longer than the run time would suggest.

Four high school friends, who include among them Mouse (Sarah Rose Harper), Scottie (Brandon Thane Wilson - Wonder Woman 1984), Emily (Katie Foster), and her boyfriend Louis (Torey Garza) are brought back to their high school at night by their teacher Ms. Persephone (Clare Kramer - Buffy the Vampire Slayer). As punishment for the friends wrecking the school during some unspecified incident they are being made to clean it all up over long night. However, not soon after they arrive another group turn up, these new arrivals are dressed up as the four Horsemen of the Apocalypse and quickly go about setting up traps and locking all exits to the school, targeting the friends for reasons unknown... 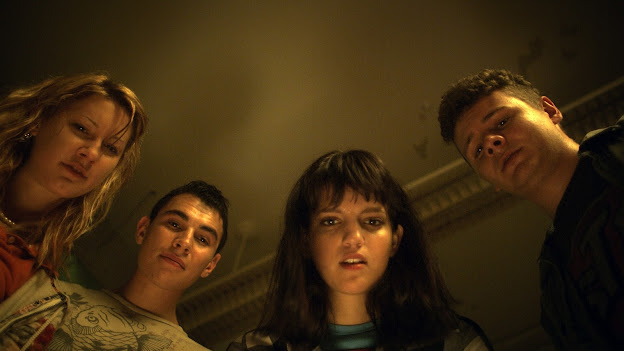 From the very start of this movie it was quite clear something was not quite right. For one thing the school looks like a bomb had hit it, damaged lights flicker on and off, books and paper are strewn about the hallways and classrooms and blood and bullet holes are seen all over. The world the film takes place in felt very Silent Hill in vibe, like a twisted version of the real world. This created a strange contrast, with the four friends not appearing to find any of this strange. An early question I had was if this was some sort of dystopian future. Over the course of the film things become a lot clearer, especially with the masked intruders whose scenes often blend seamlessly between the present and an event at the school that took place in the past.

The protagonists were obviously not entirely good people, and the impression is given that they were outcasts in their day to day school life. Mouse is quite quiet, Scottie is revealed to have previously spent time at a juvenile detention centre, Emily is plain crazy, having frequent hallucinations and hearing voices, while Louis is shown to have an angry streak. Despite their oddities the four felt like they shared a bond of friendship which came across in their performances. As the story goes on events get more and more surreal with everyone seeing unexplainable things, such as ghostly images. The masked gang don't outrightly attack them, but instead create more psychological torture, such as pre recorded tannoy announcements and videos. The way the story is laid out was never done in a way that was very mysterious, having seen this type of film before I knew exactly how this would end, and I was more or less correct. Regardless, it was still fun seeing how everything is linked together, how offhand comments and images are given greater context due to later information being provided to the viewer. 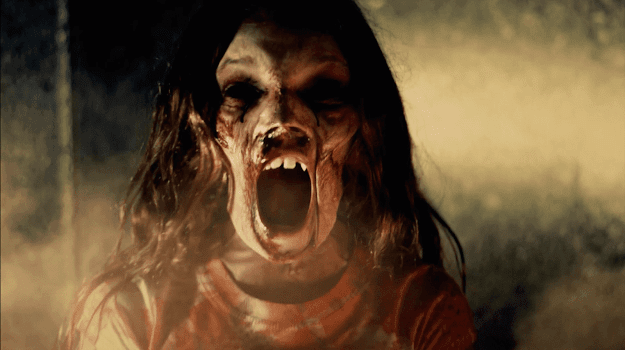 The special effects were a bit strange at times. From what I could tell CG is placed over actual actors, so for instance there is one scene where a character is discovered with half their face missing. This looked to be done as a CG overlay rather than practical effects, maybe it was a bit of both, I couldn't really tell. What I could tell was that at times this CG looked weird but for the most part it was integrated well. The effects were at least consistent, even if it was possible to tell which blood sprays were fake and which were real. The sometimes simplicity of these effects gave The Dead Ones a certain charm, but it also made it stand out a bit. Moments such as when a Dante's Inferno painting in the theatre comes to life looked great, as did more mild effects such as self inflicted scars appeared on a character's arm. It could even be said the weird effects consistency fits well with the nightmare like feel of the film as a whole. It also allowed far more to be shown than otherwise would have been. The best part by far of the film was the set design, the school looked superbly grimy and dusty and the moments were it changed from the trashed present, to the brightly lit and pristine past gave such a cool contrast.

The Dead Ones explores America's high school shootings in a way I hadn't seen done much before. It never really makes a comment on them though, but goes someway to trying to create a rationale behind why people would want to do such an abhorrent act. From start to finish the nightmarish tone remains consistent, thanks to some inventive moments and a great looking set. The Dead Ones is due to be released on DVD/Blu-ray and VOD/Digital on September 29th thanks to Artsploitation Films.

Posted by Daniel Simmonds at 12:09