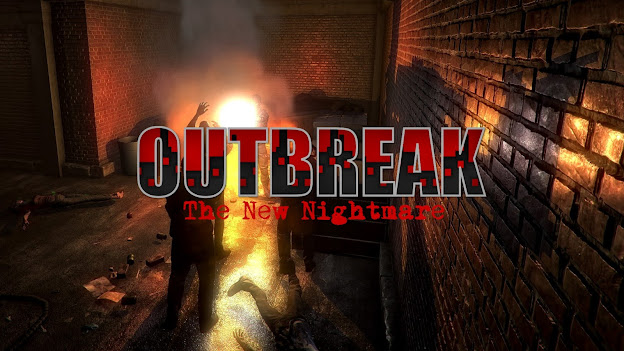 Back in 2017 I gave a first impressions preview of top down 2D zombie horror survival game, Outbreak. The game, from Drop Dead Studios really wanted to create the feel of an old school survival horror game. Since then a 3D sequel titled Outbreak: The New Nightmare was released on Steam, and now an updated version has arrived on the Playstation 4.

Outbreak: The New Nightmare takes place during the same time period that Outbreak occurred in, this time leaving the confines of the Arzt Memorial Hospital to follow another group of survivors as they also try to survive the zombie apocalypse. Thinking it would be the safest place around they take refuge at Kraus Shipping Industries, but learn too late that that too is overrun with the undead. With each of the five levels unlocked from the start it isn't much of a spoiler to say that from the offices (Outbreak) you take to the streets (Urban), before making it out to the countryside (Faith). From there you head to an old asylum (Cure) and discover the secret lab underneath it (Shelter) where it seems the nightmare has originated from. 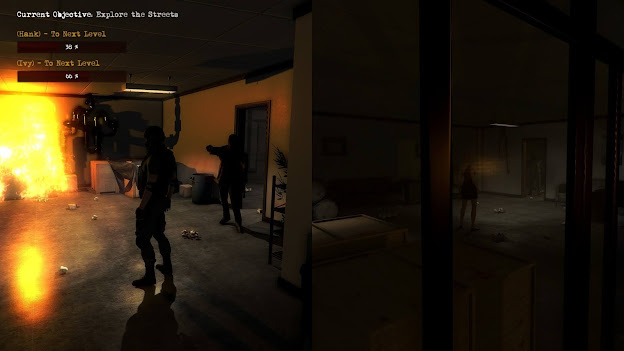 This is old school survival horror that is older and more school than the original Resident Evil games this is influenced by. More specifically this is influenced by the tough as nails Resident Evil: Outbreak games. Each of the six characters have their own attributes, Lydia the cop (who I played as) has a greater resistance to damage and starts with a pistol for instance. It pays to stay with the one character as there is a lovely XP system in place that as you level up gives you access to different perks, such as weapons doing more damage, and starting with more health. Much like with the first game you have limited inventory space and so you are constantly having to micro manage to ensure you have both space for weapons as well as essential items such as tool kits and wires that are needed to fix environmental obstacles. The levels are dotted with ammo as well as discarded weapons, and as each weapon comes with a full clip it makes sense to regularly discard weapons in order to use newer ones. Guns range from pistols to a grenade launcher, shotgun, assault rifle and magnum. All typical weapons and work as intended even if they are a bit unexciting.

The levels are varied in their look, I found it a nice surprise to see what each one would involve. My initial impressions were not great. The first area, Outbreak is made up of narrow corridors and I kept getting lost. The second area, Urban brought to mind Resident Evil 2 in its atmosphere, but it was third level, Faith were I really began to enjoy myself. This level took place in a Silent Hill 2 style mist covered outdoors area that really showed off some of the pretty cool lighting effects. It was the little details, such as gunshots being silent when the camera was given a far away perspective that I really enjoyed. With the exception of the first area I loved the distinct look each level had. The music was also neat, simple tunes but they added atmosphere to everything. The graphics themselves, especially for the enemy and character models do look very simple, the zombie have a really basic look to them, but zombies never need to look great. In total there seemed to be about three different enemy types, the zombies have a lot of enemy models and include ones on fire, poisoned and fat ones, and ones that crawl along the ground. The other two enemies include a lizard creature that resembles a Resident Evil 'Hunter', and a creature that was more Silent Hill in look. 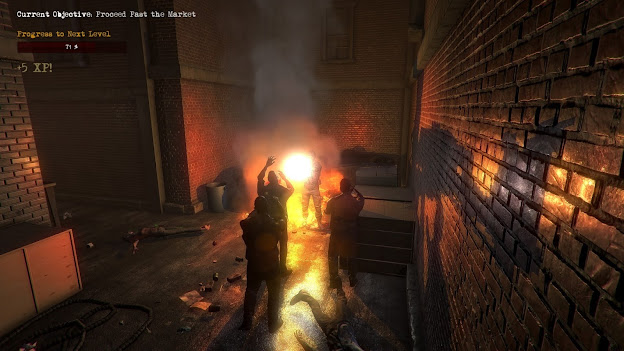 In addition to the campaign there is the Onslaught mode and Experiments. Onslaught is a wave based survival mode, Experiments spices things up by having various constraints. One level for instance has a strict time limit, another has all enemies invisible. As nice as it was to get extra modes it was only the Campaign that kept my attention for any amount of time, and the extra modes use the same levels. The levels are moderate in size and can take anything up to thirty to forty minutes to complete on normal difficulty. A complaint with the story in general is that there isn't much of it. The intro is a text scroll, perfectly fine, and you find files dotted around the levels that give world building info, yet each level you complete just brings up a 'mission complete' style screen that doesn't look much different from the 'Game Over' screen.

If Outbreak: The New Nightmare had not been budget price some of the more obvious faults would have been an issue. At a cheap price I found this was worth what was being asked for. Sure the graphics seldom impress, and once you know what you are doing the levels don't feel huge, yet the levelling system, and the fact this is able to be played locally in co-op gives this some replay value. If you go into this knowing what to expect then you will have some basic old school fun here.