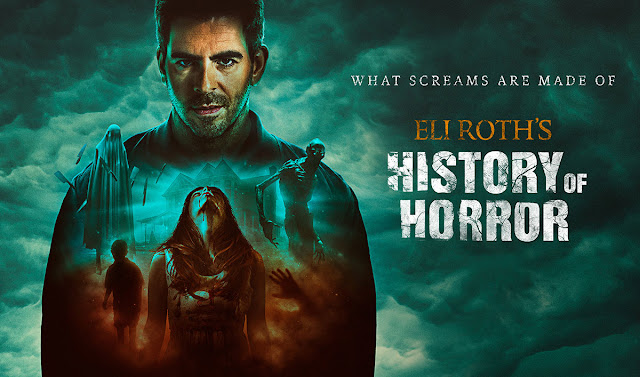 I had never heard of Eli Roth's History of Horror before getting an email detailing the release of a second series on AMC this November here in the UK. I have now had the chance to watch this second season and can happily report I am pleased with what I watched. History of Horror is a look back at iconic horror films from a variety of different sub-genres of horror. It is made up for the most part by talking heads; directors, actors, and notable horror icons, with Eli Roth providing the narration. At a glance I assumed this would be a watered down glance at the genre, and would look at the most obvious and mainstream movies. I also expected the clips used would be violence free. I was very happy to see that not only are some of the more gory moments from the many films looked at are used, but that some of these films covered are more deepcut than you might expect. Rather than be full of information I had heard so many times before I actually found that I learned from this.

Season 2 is made up of six episodes, each forty minutes in length, and each one focussing on a different subgenre of horror. Episode 1 is Houses of Hell. This episode explored how houses have been used throughout horror and look at both houses as the location for horror to occur in, such as Misery and Sinister, while also seeing houses as places for both evil people to live in (House of 1000 Corpses), and as a malevolent thing in their own right (The Amityville Horror). Sinister is one of my favourite horror films of modern times so I was very pleased to see that included here. This was a great introduction to the format of History of Horror, not only was it fun revisiting scenes from these movies, or even seeing scenes from them for the first time (I own Misery on VHS yet have never gotten around to watching it). I also liked that the talking heads used are actually people whose input is interesting. Season regular Stephen King gives his take on the movies that were influenced by his work, while Rob Zombie is there to talk about his reasoning behind his movie.

Episode 2 is Monsters and felt for the most part more predictable in what was chosen, yet no less fun. Alien and The Thing both get segments dedicated to them, I hadn't expected to see older films like these chosen so those were both a delight to watch. Then there is a look into the multitude of King Kong and Godzilla movies, with the more modern Cloverfield also featuring. It ended with It: Chapter 2 and Scary Stories to Tell in the Dark which did feel slightly like they were pandering to a more mainstream audience. 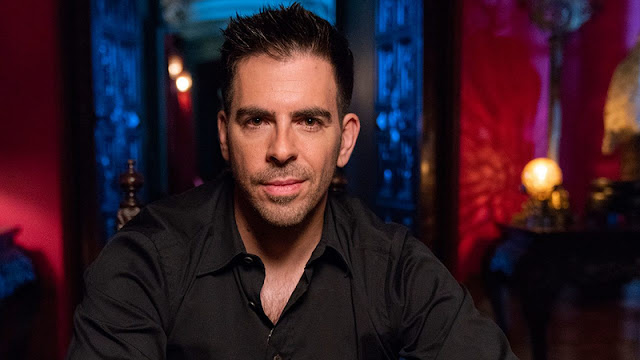 The third episode is Body Horror which takes a look at films whose central concept is as the title would suggest horror that comes from the body. It was interesting to see Hellraiser included under this term, and it is always cool to see anything about David Cronenberg's The Fly. I wouldn't say Under the Skin is your typical body horror film but I was very pleased to see that here. That film holds a special place in my heart, I still remember how absorbed into it I was when I watched it at the cinema. This episode ends with two films I had never seen before, Society and The Elephant Man. I don't intend to ever watch them but it was fascinating to hear about them and see their most crazed moments, Society especially!

Fourth episode, Witches started the tradition of me being clueless what could be covered before feeling silly for being so dense. The Blair Witch Project had a great segment all about it. The episode mainly dissects witch films for the empowerment they provide the female characters, such as with The Craft, The Lords of Salem (another film I own but have never gotten around to watching) and the crazy looking Susperia. The VVitch: A New-England Folktale and Hereditary are discussed, both of which are great examples of modern horror in general.

The penultimate episode of season 2 is Chilling Children. I was clueless what films this could include but I sure got schooled. In my opinion Carrie barely fits the criteria but was nice to see nonetheless. Children of the Corn getting a segment was also appreciated. It was interesting seeing the contrast between the 19050's The Bad Seed and the more modern We Need to Talk About Kevin, both featuring disturbed children in different eras. The rest of this episode was film after film I had heard of but never actually seen, by the time this one finished I had a shopping list of horrors to seek out. Village of the Damned (of course an adaptation of John Wyndham's excellent novel The Midwich Cuckoos), Who Can Kill a Child?, The Brood, It's Alive and Eraserhead also sound like great movies I really should have seen by now.

The season finale is Nightmare Nine, I had no idea what to expect with this one. This episode features nine different films that are said to be uncategorizable and was certainly varied. Us, American Psycho, Creepshow and Midsommar to name a few. It ends with a look at Cannibal Holocaust which is a film I have spent my life avoiding watching. I love the idea behind it, but I find the thought of remote cannibal tribes very disturbing and repelling. To be honest I don't think I have the stomach for films of that type!

I went into History of Horror expecting to be bored a little if I'm honest. It was pleasing to discover then that this covers some legitimate horrors, and even the ones I didn't like as much for the most part felt they deserved to be covered. Adding to this mix people I actually care about giving their opinions, rather than z-list celebrities was a nice touch, I will never get bored of Bill Hader's animated opinions of the horrors mentioned that have affected him. When I was younger my parents once brought me a DVD that served as an introduction to many different horror franchises, that helped me discover some great films. I feel that same sense of discovery with this show, there are definitely movies here I feel a strong urge to watch. Eli Roth's History of Horror Season 2 premieres in the UK on AMC, Tuesday 10th November at 9pm.