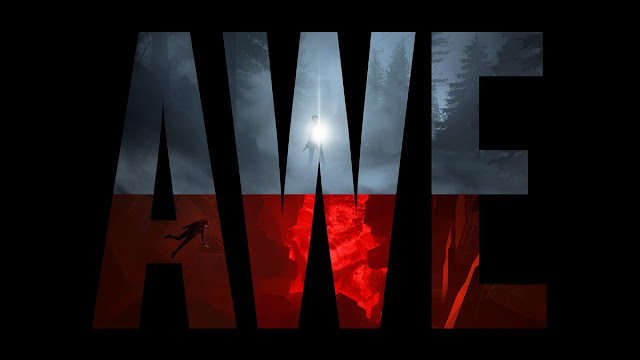 AWE is the second expansion for the horror video game Control and one that I was really looking forward to playing. This was both because the first expansion, The Foundation was so enjoyable, and also because it was a crossover with Alan Wake. In anticipation I had played through both that game, as well as its sequel/spinoff, Alan Wake's American Nightmare. I have to say I was a mite bit disappointed with what was given here, my overall impressions being that it was merely just ok.

Jesse Faden, the Director of the Federal Bureau of Control receives a strange message from the infamous missing author, Alan Wake. Via the form of narration of a story she is told to head to the elevator where she discovers she now has access to a previously unreachable floor, the Investigations Sector. This floor had been purposely sealed off some years previously after Dr. Hartman (a key character from Alan Wake), who was being kept there due to being infected with the Darkness (the evil force of that game) managed to escape his confinement. Now the Hiss has managed to also infect him, and the two different possessing forms have made him into even more of a threat. Jesse is, in a roundabout way tasked by Wake to find a way to stop the monster escaping the Investigations Sector. 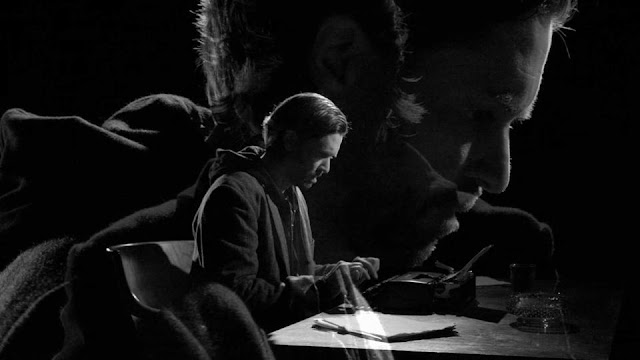 The Foundation was so enjoyable as it was a completely new looking area. With AWE (which stands for 'altered world event') though the floor it takes place on look identical to th look to the rest of Control. It is made up of grey sterile office areas, engineering areas and large lifeless rooms. The Investigations Sector is split into three areas, each one dedicated to the investigation into a different AWE. In each of these you have to find the Dr. Hartman monster and using battery puzzles turn on the power in whatever pitch black arena he happens to be in, in order to get him to flee to the next area. Being possessed by the Darkness he can only thrive in dark environments. For this new expansion you get access to a new weapon form, essentially sticky grenades, this was a decent addition. Weirdly though, the power-ups you get are low level, which is strange when the power-ups you got during The Foundation were new higher levelled ones, as such I didn't see any need to use these new weaker power-ups. Also strange is the miserly amount of new upgrade points you get, barely any in fact.

I had hoped there would be a lot of Alan Wake style combat, instead dealing with the dark is relegated to very simple puzzles, and the Dr. Hartman arena fights. The enemies you face are the Hiss as always, with only one new type introduced; flying soldiers. The combat is one of my least favourite parts of Control, and here I lost count of the amount of times I died within seconds of getting into fighting, very annoying that Jesse is such a glass cannon. Also frustrating is the Hartman encounters. It is never clear what you should be doing until the second or third attempt. With the dark draining your powers meter, and Hartman's attacks being insanely powerful I died many frustrating deaths that was down to a toxic combination of barely being able to see where I was, and not sure what exactly I should be doing. 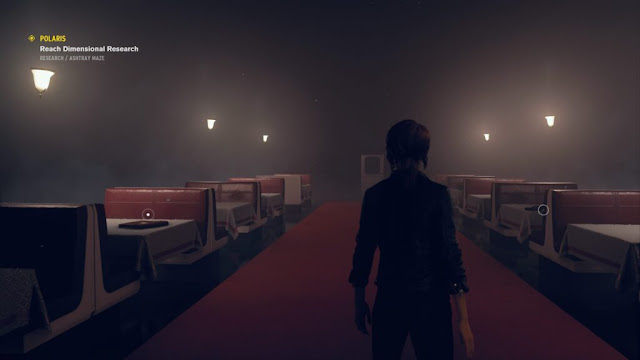 As always the files you find in the game add a lot of very cool lore, a lot of it is made up of audio recordings and files relating to parts of Alan Wake, which was very nice. The author himself shows up in a few FMV cutscenes and recordings but he hardly featured in the game, which was a shame. I had hoped for a good few manuscript pages, but there was only a couple. Being a crossover I had hoped for an even split, instead this is 90% pure Control, with the other 10% being Alan Wake. It all culminates in a hint that there will be a new game in the future. Outside of the simple main mission there are a few side ones, but most of these are fetch quests and were not exciting, which was a shame as The Foundation had some memorable side quests. The whole experience lasted about three hours.

I honestly found AWE underwhelming, the location was bland, the story far too simple, and the gameplay loop was as irritating as it always has been. A missed opportunity, and a bit of a damp squib to finish my time with Control on.