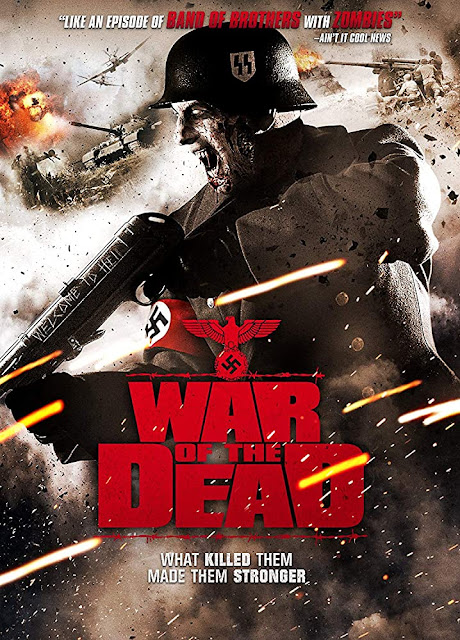 I don't quite know why Nazis and zombies go so well together. I guess with that group being a universally agreed upon real life villain from history (agreed upon by sane people at least), and with their record of performing horrific experiments on prisoners it isn't a big leap to have them in a fictional setting creating the living dead. Writer and director, Marko Makilaakso's (It Came from the Desert) War of the Dead has all the required elements to create a fun zombie horror, yet there is something missing from this to cement it as a classic of the genre.

It is 1941 and the world is at war. Captain Martin Stone (Andrew Tiernan - 300, 300: Rise of an Empire) is in command of a platoon of American soldiers who have teamed up with a platoon of Finnish soldiers in order to locate and destroy a secret German bunker hidden deep in a Russian forest. After encountering and killing a group of Nazi soldiers they think their troubles are over for the time being. However, they are shocked to find their enemies didn't stay dead for long, returning as near unstoppable walking corpses. With the majority of their respective platoons decimated, the only two survivors, Captain Stone and Lieutenant Laakso (Mikko Leppilampi), along with a Russian soldier they stumble across (Samuel Vauramo), and a scared civilian woman decide to press on and try to finish their objective, pursued by the reanimated dead from both sides. 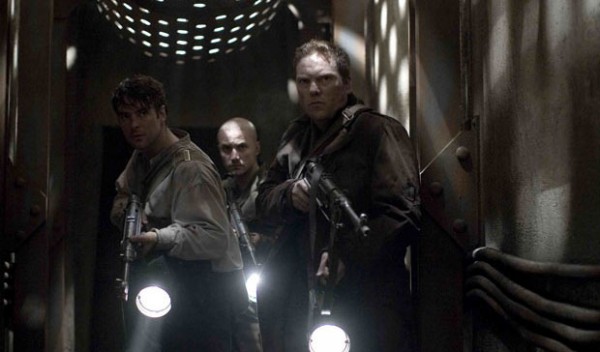 After a prologue showing a prisoner being experimented on the film opens with a black screen of text filling in some context. It then wastes no time in throwing the viewer straight into the action. Because of this there wasn't any time given to develop characters and I spent the entire first third of the movie not only struggling to make out characters from each other, but also finding it hard to determine which side was which due to the clothing everyone was wearing looking the same. Due to this I found my attention wondering away more than once and I admit because of this I missed the key aim of the soldiers in the story. This is a murky film that mostly takes place at night, and with grey and brown locations everything started to bleed into one. It was only really in the third act set in the German bunker itself that I finally began to be able to tell the different characters apart.

There are lots of undead here, always a good thing. They are of the running variety and usually appear in groups, running towards the soldiers armed with all manner of era specific weaponry. Due to this there became a nice enough feeling of Call of Duty: Zombies brought to life, especially later on when there are just the four characters left. Lots of gun fire, lots of explosions, and even a few car chases thrown into the mix. The inclusion of still living Nazis meant there were even a couple of decent enough shootouts, even if the living foes were just as useless as the dead foes. To spice things up there is a super zombie for some reason, the former Captain of the Finnish soldiers turns early on, and spends the rest of War of the Dead turning up at the worst possible moments to once again fight them all. It leads to a trope of action films when the main here, out of bullets is forced into a one on one fist fight with the main bad guy. 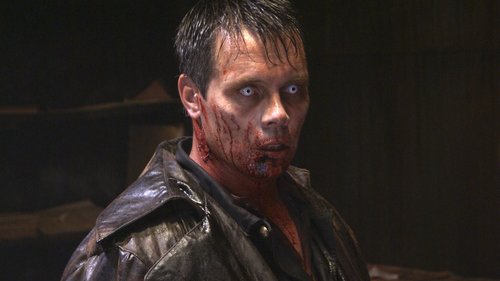 Being a 15 there isn't a whole tonne of blood and guts on show, plenty of people and creatures get shot but there was nothing that really stood in the mind, maybe one scene where a zombie has a knife flung straight into its forehead, and a scene where the Russian takes out a load of ghouls with a shovel. For me the thing that stood out most in the many action sequences where how unsatisfying they seemed. The camera is up close to the action and bobbing and weaving around, it helps give a feeling of claustrophobia but also makes things a bit harder to follow and slightly dizzying. More editing between shots would have been preferable to me.

War of the Dead is a perfectly average zombie film. It looks authentic, and has plenty of running dead, but with wafer thin underdeveloped generic characters, no clear aim as to their goals, and a messy filming technique it felt like it was all action with no time given to breathe. This was by no means the worst zombie film I have seen, not even close, yet it was all a bit too safe to stand out as something worth recommending to all but the biggest zombie fans.