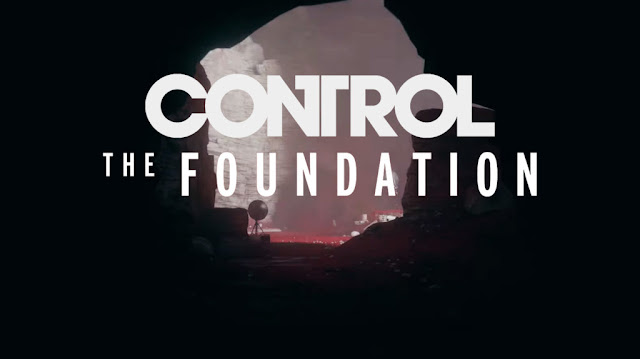 The Foundation is the first of two planned expansions for the horror video game, Control. Having only completed Control yesterday (at the time of writing) it should be clear that this first expansion isn't a gigantic addition to the new game. However, it is still a decent size that features a brand new area and sheds some light on just some of the mysteries left unexplained. Because of this I found it to be a nice accompaniment. I will try not to include many spoilers from the main game.

With the Hiss threat contained, Jesse Faden (now the Director of FDC) receives a Hot Line communication from the mysterious entity known as The Board. It instructs her to head down to the base of the Old House where she discovers an entrance to a hidden network of caves which she comes to learn is the foundation from which the Old House originated from. She discovers an ancient stone structure known as 'The Nail' and learns it has been split into four pieces. Jesse is instructed to search the foundation area for these four missing pieces, as without the Nail complete the Astral Plane has started to bleed into her reality. 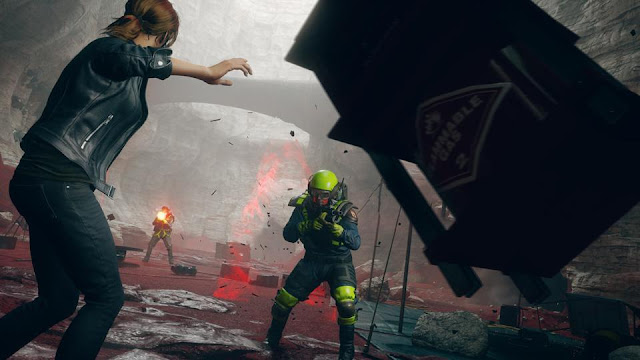 When I heard negative things about the first expansion I assumed that would mean it would both be short and take place in areas already seen in the main game. It was a great start then to find a whole new area. This area is roughly on par with the other four areas you explore in the game and took me roughly five to six hours to play through. The majority of the time you are in beautiful caverns with blood red sand, but you also go to the Astral Plane for parts of this, as well as get to explore a missing area of the Old House which has somehow materialised here. The main quest here may be simple but I had a lot of fun going through it, there are also three side quests, one of which was forgettable but the other two feature Objects of Power (ordinary looking objects that cause various effects around themselves) . Unlike the majority of the main game's encounters with these objects, that often just led to a dull and hard boss fight you get to do some fun things that felt a little different. One of these, Found Footage has you escaping from a deep chasm while carrying a TV set whose light is able to hypnotise enemies. The other one, a camera, transports you to a wonderful action packed adventure on a tram cart, replete with fantastic cheesy eighties music playing.

The actual gameplay is more of the same, but you still receive experience and so by the end of it I had pretty much maxed out all my abilities. You also get access to attachments for your weapons that are a higher level than you could get in the main game. Technically there are new enemy types, but they act and look pretty similar to the Hiss (who also appear here) and so there was not really many new surprises, though there is the introduction of a more melee focussed enemy type. The biggest change comes with two new powers you get. You get an upgrade to your gun that lets you destroy crystal like formations blocking doorways, and you also get the ability to create these same crystals. This is mainly used for platform sections that require you to create platforms to make your way up gigantic rooms. 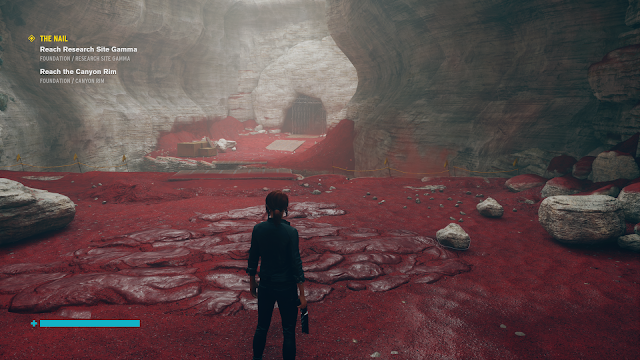 There is a whole heap more lore here, most of which is files you find around the place. There are audio diaries that tell the story of the first exploration into the foundation system, but FMV only appears with regards to Marshall. She was the Operations Manager mentioned often, but not seen in Control, so that was just one of the questions answered, with a lot of the story beats revolving around what she had been doing during the main events of the core game. Some more light is also shone on the huge one eyed entity thing that popped up as a boss fight throughout Control.

I really enjoyed playing through The Foundation, I would argue its shorter length really helps it tell a concise and interesting story, while the side quests were more entertaining for the most part. There were still a few issues with the combat which can feel really unfair at times. On more than one occasion I was having fun and deep into combat situations when I would suddenly fall to the ground dead within a few seconds of an enemy getting a lucky shot that utterly depleted my health bar. Overall though this was a nice addition to the main game, that while not essential still felt far more than just filler.