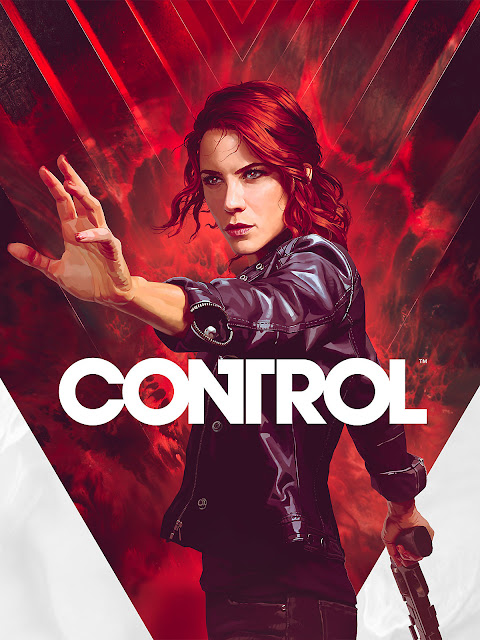 Control is a video game that passed me by when it was first released, though hearing about it afterwards I did wonder why that was the case. It was made by Remedy who were responsible for the great survival horror game Alan Wake on the previous generation's consoles. In fact, Alan Wake was the reason I decided I had to play this game, as despite being a different genre of game (far more a third person action game than survival horror) I learnt that it not only takes place in the same universe, but that there are also references to the events of that game hidden here. I have heard that the unreleased second DLC for the game, AWE (unreleased at the time of writing, it is due out within the week) is a pure crossover with that series.

You play as Jesse Faden (voiced by Courtney Hope who also lends her likeness to the protagonist), a woman with a secret. During a supernatural incident in which the entire adult population of her town mysteriously vanished when she was a child she encountered an entity that latched itself onto her consciousness, Jesse named this entity 'Polaris'. Now grown up, this silent entity has reawakened and guided Jesse to 'the Old House', which is the New York HQ of a shady government agency named the 'Federal Bureau of Control' (FBC), here she hopes to find her brother, Dylan, who was captured by government agents back in that same childhood incident. However, Jesse soon discovers the building is under complete lockdown, and is in the midst of an invasion by a paranormal resonance (nicknamed the Hiss) that has possessed the majority of the workforce, She discovers the Director of the FBC, Zachariah Trench, dead in his office by apparent suicide. By picking up his gun she is transported to the Astral Plane where she is judged worthy by a mysterious force called 'the Board' and named as the new Director. Discovering this job title brings with it a whole host of new powers and abilities Jesse heads out into the labyrinthian HQ of the Old House to not only find her brother, but also to stop the Hiss invasion along the way... 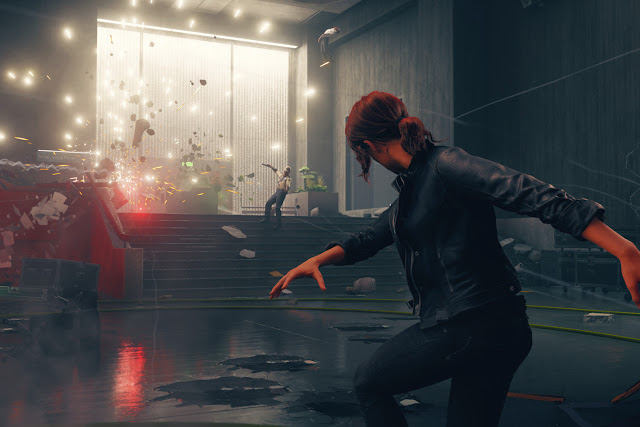 It turns out I was playing this game slightly too early as Control has been in the news recently for all the wrong reasons. I won't go too much into that other than to say that basically, anyone who already owns Control will have to buy the game again if they want to be able to upgrade it to the upcoming Playstation 5 and Xbox Series X versions, while anyone who buys what is essentially a GOTY version that is upcoming (for a much cheaper price than the original version) will have that upgrade for free. That is terrible business practice, but I don't think this is a game I will really feel the need to play again personally. Control feels like a video game from the early 2000's in how it plays. Were it not for the female protagonist I wouldn't be too surprised if I had learnt that a PS4 development kit had been somehow sent back through time and space and given to a team of original Xbox developers. The gameplay at times feels very archaic, and with a difficulty that is harder than a lot of games nowadays it can sometimes feel punishingly unfair. If you don't have your wits about you, you can quickly succumb to enemy attacks in a bewilderingly short amount of time, add in miserly checkpoints and long load times and on occasion things can get pretty frustrating (more checkpoints are apparently going to be patched in).

Control is half an action game and half a more adventure type one. Rather than levels the game is one large area with your missions taking place on one of the four large floors of the Old House that you get access to. These include the offices, the maintenance sector, the research labs, and the containment facility. Missions usually task you with heading to a new location to look for someone or something to progress the story. To be honest the main plot is kind of forgettable, I mean, I enjoyed the whole Hiss aspect of it, but Jesse's mission to find her brother, and the exploration into what happened to her as a child isn't that amazing. So much so that when the end credits rolled I was like "that was it?", it did turn out they were fake credits, but when the actual credits rolled an hour or so later I was still "that was it?..again?". It isn't that the game is short at all, just that the story was not that exciting. Thankfully the story is just a small part of the game, the location itself, and the vast lore surrounding it was stunning. 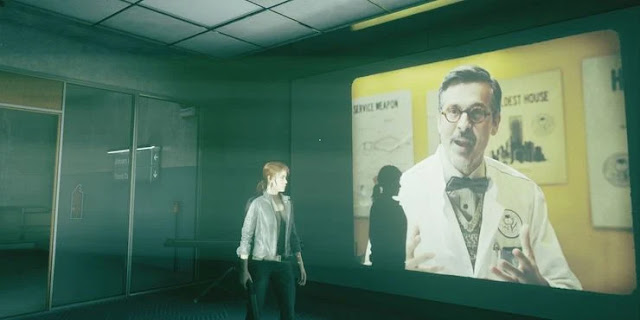 The whole game takes place within the confines of the FDC HQ, but it soon becomes clear how the lore around the place explains away the video game feel of the place. This is a maze of rooms, and with the history of the place and its inhabitants I had the same feeling as when I first read about Hogwarts in the Harry Potter books. This is a place that is like a world within itself, the employees (who serve to protect the world from secret paranormal threats) have made the extraordinary mundane through exposure, so it is so entertaining to read the hundreds of files dotted around the game that describe wild events in dry corporate speak, with plenty of redacted words in every file you read. Even better than the files are audio recordings left by staff. Even better than that though, and something that Remedy excel in is the way full motion video (FMV) is incorporated into the game. Ex-Director Trench communicates with Jesse via FMV that is projected onto the walls of the game world, head of research, Dr. Darling is a huge and integral character yet only appears in many many FMV segments that are usually shown as endlessly entertaining training videos. There are even moments concerning Jesse where she appears as her actress, rather than as her video game model. I loved all this, it added so much personality to the game.

Combat often sees you fighting waves of enemies with a gun that can transform into various weapon types, such as a pistol, shotgun, SMG etc but it is the powers you unlock over the course of the game that are the real highlight. You are able to hurl nearly any objects at enemies using unlocked psychic abilities. By the games end, as well as a dash you can create a forcefield around yourself and even levitate. Combat when it goes well is fun, though there are not too many different enemy types, and they all kind of look similar to each other. All of these abilities, as well as weapon types can be upgraded by spending ability points gained from completing missions. 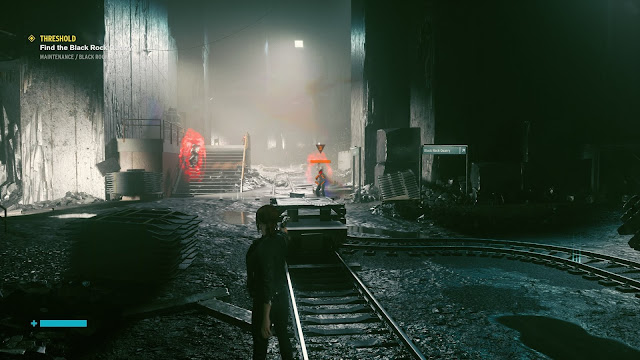 There are a whole bunch of side missions that usually ended up being more interesting than the core one. Highlights include travelling to the bottom of a huge pit of mould to locate the source of it, finding the source of an 'object of power' (one of the FBC's main aims is to locate and contain objects in the world with bizarre powers, it's pretty much an ode to the internet created fictional organisation dubbed the SCB Foundation) that is perpetually spitting out exact copies of a single clock, and the spookiest mission; to investigate a strange reality accessed by going into an old antique mirror. While I wouldn't say the rewards are great for completing these I still found these side quests to be well worthwhile.

Control wasn't the game I had hoped it would be, I found its antiquated gameplay to be a bit annoying at times, while the core story wasn't as interesting or as clever as it thought itself to be. However, the actual world building on show here is awesome, this was a world I really enjoyed exploring, and it feels kind of hollow to know it is almost all over. It is also populated with memorable characters that left an impression thanks to the wonderful FMV. I still have the DLC to play, with The Foundation being the first of the two, but I have heard whisperings that it is not very good (at the time of writing I am enjoying it quite a lot). Time will tell. If you are interested in checking out Control then I would advise to wait until the newer version is released, despite my misgivings this was still a fun and different feeling game.