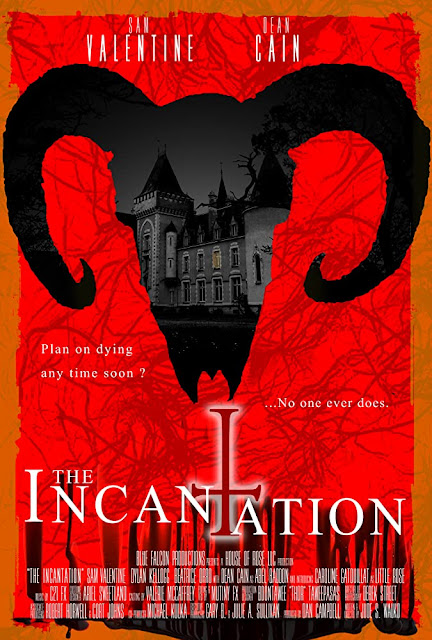 As I've got older I've came to understand that I often like style over substance when it comes to movies, especially when the substance is made up of stories that can be hard to decipher. Such is the case with The Incantation, a film that was both written and directed by Jude S. Walko in his feature length directorial debut. Walko also features in a key role here. The film is shot in beautiful locations, features memorable characters, and is only really let down by some dodgy acting in the more minor roles.

Lucy Bellerose (Sam Valentine - Followed) is an American girl who has travelled to a castle in southern France in order to attend a distant uncles funeral. There she encounters a bunch of strange characters. She is welcomed by the ever serious Vicar of Borley (Walko), and attended to by the emotionless chambermaid, Mary (Beatrice Orro). Not long after she encounters a travelling insurance salesman, Abel Baddon (Dean Cain - The New Adventures of Superman), as well as the local gravedigger, J.P (Dylan Kellogg). Her ancestor's castle has an ominous history to it, with the superstitious locals speaking of witchcraft and devil worship, and the longer Lucy stays at the place, the more she begins to realise there may be some truth to the dark rumours surrounding it. 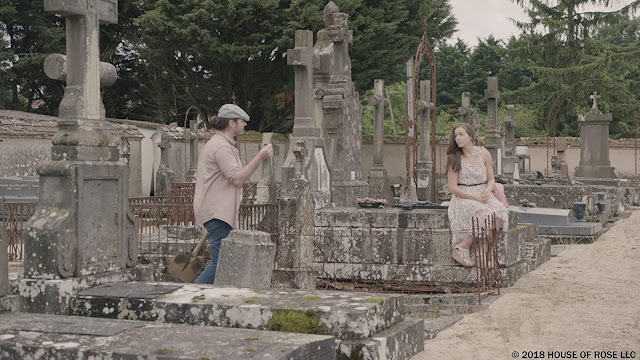 There is nothing worse than having bland and dull characters in films, you want people who are going to stick in the mind. With The Incantation you are given some wonderful characters, people who don't come across as believable, yet are each unique in their own way. This is best seen with the Vicar who remains a mystery throughout despite playing a pivotal role. Abel was another great character who had a real look about him. Cain was a standout actor here, really managing to breath life into this person. It was also good that Valentine made Lucy into a protagonist who was really likeable, a defining characteristic of hers was her spirited independence that made her easy to root for. The acting is uneven though, while the main characters were all great in their own ways a lot of the smaller roles featured some pretty abysmal acting. I don't know if it was due to French actors using English rather than their native tongue but they butchered a lot of their lines. J.P's mum and a local flower seller both stood out for all the wrong reasons. Being set in France I would not have minded French with subtitles. Instead you have weird situations where French people are alone talking to each other, yet still speaking in English, which made zero sense. Some of the actors speak in such thick accents that I could barely understand what they were saying, this could have been improved a lot if the film had had the confidence to put some subtitles in rather than assume English was what was wanted by any viewers of the picture.

Visually this was quite a stunning film. The locations are all very picturesque, the castle in particular look wonderful, and there are plenty of drone shots that really show off the beauty of the place. A nearby village, as well as some woods also brought an attractive look. The castle interior is a mix of smart and dilapidated that gave it a character all of its own. The horror is slight to be honest, it is into its second half before much peril enters the picture, so it is a good thing that there is so much atmosphere just in characters walking about not really doing too much. It was well directed,but I felt some of the editing techniques felt a bit too old fashioned at times. 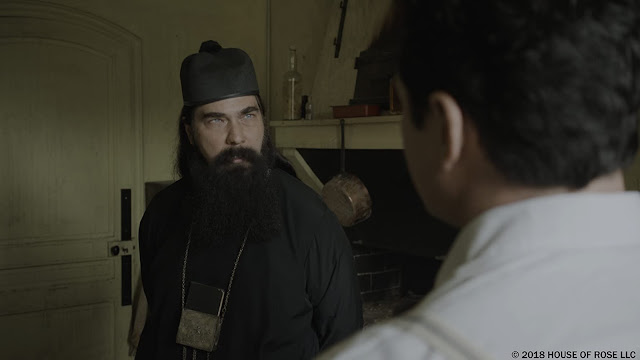 I'm often on the fence when it comes to hard to follow story. I couldn't quite work out if The Incantation was meant to be obtuse, or if it was just me being stupid, but even by the films end I wasn't too sure exactly what had occurred. There is enough going on that a multitude of different explanations could be gained, I think there was even evidence that everything here was all in Lucy's mind. Not giving a definitive explanation worked in the movies favour. Some parts of the story worked better than others. Parts like a recurring ghostly little girl who Lucy keeps spotting felt a bit cliched, but it did add to the effective Gothic atmosphere. There are moments of brilliance with the dialogue. Abel talking about the freedom of not believing in the afterlife was one highlight, while Lucy's monologue about being attracted to the dark things in life was another. This had some nice ideas hidden within its often hard to follow story.

Being sent so many horror films to review means that every now and again you get presented with a hidden gem, and The Incantation is just one of those. This is by no means perfect, I'm sure some will be put off by some of the acting, and the story that occasionally felt too ill defined, but I had a blast watching this. It was a pleasure to enter this strange world for a few hours. The Incantation is currently available to watch on Terror TV.