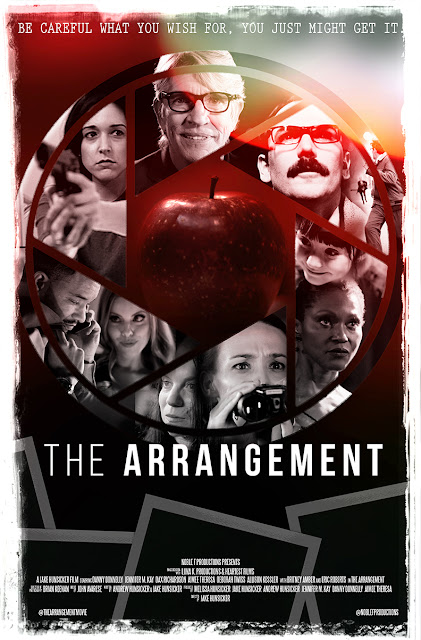 The Arrangement is a thriller that at first glance doesn't seem to be that much to do with horror. It has quite an interesting story to its creation. The script was originally written by Andrew Hunsicker (an actor from Epidemic) when his son was just 6 years old. His son, Jake Hunsicker then grew up to become a writer/director, and together they reworked the original script. It is this reworked version that Jake has directed here. Andrew's other children, Jessica, Melissa and Nick also had key roles in the production of The Arrangement.

Newly made detective, Jessica (Jennifer M. Kay) and her partner, Harry (Danny Donnelly) are called out to investigate the apparent suicide of a businesswoman. The woman died holding a polaroid in her hand which has the woman with a man who Harry identifies as an adult filmmaker. It isn't too long before this man is also discovered dead. With both victims dying at around the same time one day apart Jessica begins to suspect that a serial killer is on the loose. More evidence of this is that the photo the detectives found at the scene of the original crime keeps seeming to get replaced with an updated photo that reveals the identity of the next victim. With corruption in the force and the trail of victims getting closer to home the two detectives must race to try and protect those still alive, from a killer who seems able to strike no matter where their target happens to be... 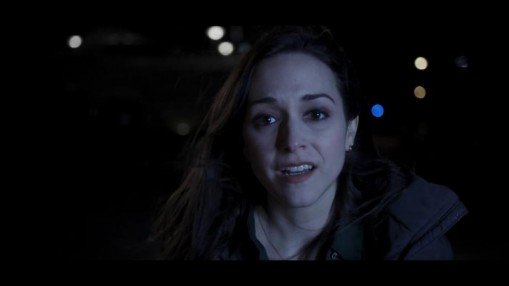 The Arrangement is played seriously, and the majority of its characters seem realistic. It's a shame then that one of the main actors appears to be playing a comedic role. Harry bumbles and stumbles around all the scenes he is present in and became a big distraction from the story going on. The stuttering way he talks, even the way he runs, with arms flapping everywhere, I just couldn't take him seriously. He came across like a child trapped in an adults body. His character is the films heart, and while he was very attention stealing he was at least memorable even if he never failed to break the tension. Jessica was the straight woman to his bumbling and she was far more of a subdued character, but also something of a mystery. Near the movie's start for instance it is implied that she gets raped, but aside from a quick scene in a bathroom afterwards she then appears perfectly fine, even with her apparent rapist. The main core cast of characters were all interesting in their own right, each of the victims having their own strong personalities.

The plot was not bad, I liked how it all seemed to play back to a lecture that was held 12 years previously by a motivational speaker, it was lovely to see Eric Roberts (The Dark Knight) playing this small, yet important role. There was enough mystery and suspicion to always keep the investigation moving forward, some decent red herrings along the way. This changes track at a certain point from being a thriller into something that could be seen as more supernatural and with that it gave me a nostalgic feeling for other films that did a similar thing, such as the superb 1998 film, Fallen. This explanation also brought with it a bit of an easy way to wrap things up but the general idea was handled well, helped by some flashback sequences that fill in the remaining blanks.

This was a decent indie thriller that worked hard at keeping the viewer invested. The central mystery of just what was going on and why had me hooked, though I do feel that it may have benefited by having a tighter run time than the 100 minutes we get here. Still, even with the issues I did have this was an entertaining piece of nostalgia. The Arrangement was released on 7th July thanks to Gravitas Ventures.