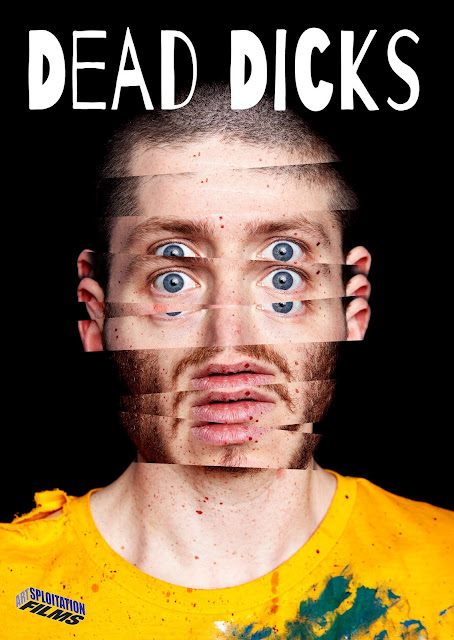 When I received the email about Dead Dicks the idea behind it really stood out for me. I love anything to do with time loops and while what happens is slightly different here it still involved loops. The story here is a crazy one but it still goes into a realistic look at suicide and mental health, and the effect that has on loved ones who are trying to help someone going through that. This was co-directed and co-written by Chris Bavota (Minutes Past Midnight) and Lee Paula Springer in what was her directorial debut.

After receiving a concerning phone call from her suicidal brother Richie (Heston Horwin - A Zombie Love Story) one night, his sister Becca (Jillian Harris) rushes around to his apartment. To her shock she discovers him dead in the bathtub, but is even more shocked when her brother then walks into the room. He explains to her that for some unknown reason he is unable to die, or rather that he can die but when he does an exact copy is birthed in his bedroom via a huge growth of what appears to be mould on the wall there. What begins as already surreal takes a darker turn over the night as Becca not only has to deal with her brothers strange condition, but also with a nosy neighbour, Matt (Matt Keyes - X-Men: Dark Phoenix), and the fact that despite her brother constantly being 're-born' he doesn't actually want to live anymore. 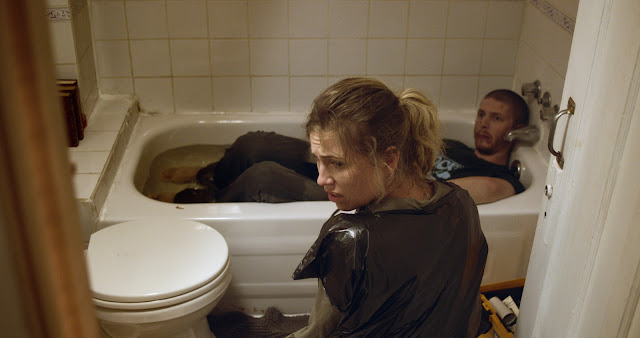 There is a feeling of David Cronenberg to this movie which isn't a hard feeling to discover. The fleshy growth on the wall is the most obvious sign of this, but also how the darkly surreal becomes normal. This starts out as almost a comedy with both the dialogue and the editing contributing to this. Richie has become blasé about dying, and his sisters reactions at all that is going on often initially seems funny, helped by moments such as a quick montage of Richie's deaths. The central idea was out there, and a lot of the mystery you would think would be exactly how any of this is happening. This is almost relegated to the background though and becomes more an intimate look at one man's mental health troubles. What at first seems to be a huge gift for Richie becomes a curse over the course of the film. No matter how many times he is brought back it doesn't change the fact that he doesn't want to live. Dead Dicks never tries to fix the character of Richie, there is no clear cut happy ending here, instead it is more for his character to put into words the reasons behind his depression and try to explain as best he can to the person who loves him most.

Mental health troubles may be a big focus here, but the whole copy situation does still make up a huge part of the movie. While there is nothing really looking at just what on Earth the mould growth could be there is still a lot of film time dedicated to exploring different ideas with it. Ideas such as, what happens if someone other than Richie dies in the flat, what if someone is brought back to life as their copy is being created, and how it is possible to die without being immediately recreated. These add up to the horror elements that make for some memorable and bizarre moments. For all that is going on this is kept grounded as much as possible in reality. The apartment is normal looking, the few characters get time to evolve over the course of Dead Dicks, and the camera work is nothing fancy, which in this case really helps. Also, I have to say, I thought the soundtrack was great. It was always going to be difficult to satisfactory end something as weird as this, and so the ending is really left open to interpretation, yet worked for me. I will say that I think the film missed a trick by not taking a look into just what it means to be a copy and not the original. The video game Soma explored this idea fantastically, yet here it is never given much more than the odd passing comment. 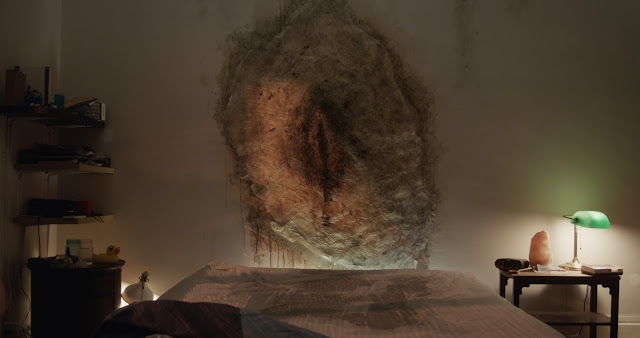 The film's title, and the opening act may lull you into a false sense of the style of the film, but regardless of the silly idea there are some mature themes looked into here, frustratingly there is no easy fix to Richie's mental health issues, and that is one of the harder lessons the film gives, that you can't fix everyone, no matter how much you may wish to be able to do so. Dead Dicks comes to DVD, Blu-ray and VOD on 28th July thanks to Artsploitation Films.

Posted by Daniel Simmonds at 07:01