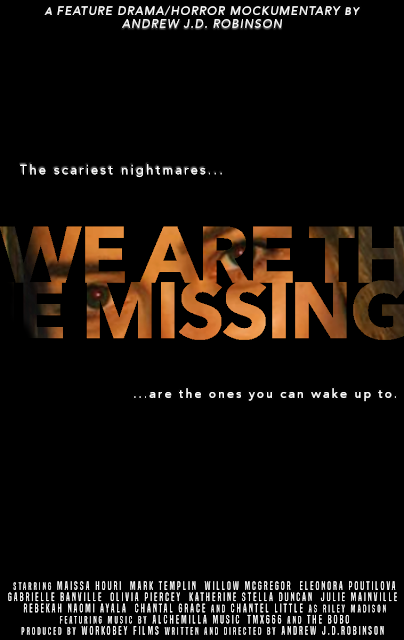 We Are the Missing is a mockumentary horror film that was directed by Andrew J.D Robinson (Making Faces, The Becky Carmichael Fan Club) in his feature length directorial debut. This came across like a visual transcript, a series of interviews and investigations that come together to form a cohesive whole.

Basically, it all starts with a young woman named Riley Madison vanishing in mysterious circumstances. It goes along like a typical series of interviews until the people the reporter is interviewing also disappear one day without a trace. A snowball effect begins to occur with more and more people in the city of D'Arcadia going missing, with no explanation for just what is going on. The documentary charts the unfolding of this strange terror. 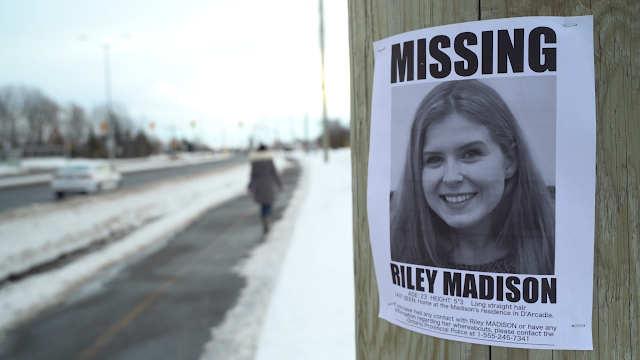 Even with much of the world being in lock-down during the time the film was being made this is full of different characters. The format meant that phone video messages, and audio soundbites are the order of the day. I don't know if this had been mostly completed before the pandemic but it doesn't seem like something that that would cause an issue in terms of getting footage. On the subject of the pandemic, this mocumentary at times brings big contrasts between itself and real world events. Especially towards the films later half when lots of people have locked themselves away from the rest of the world, descriptions of empty streets, of how people are not going to take things for granted again, this all seemed so prescient.


In terms of the pacing, it felt at first like there was a lack of focus in the storytelling. As events unfold more and more seemingly random information about various creepy events is placed in. Sometimes some of it felt out of place, though later on things are brought full circle. Plenty of creepy things are described here, and thankfully Robinson brings to this feature length production the fantastic musical choices that so many of his shorts are imbued with. I always describe the music in his films as sounding very Silent Hill-ish. That is, laid back trip-hop style sounds, but also featuring more sinister vibes when need be. The picture quality changes over the course of the film, obviously that is down to different peoples recording devices, and it gives it a layer of authenticity that a standard crisp and clear look would not have done. I was interested to see if what characters are describing showed up as recreations, or even static images here, but they don't. Keeping with just the verbal descriptions forced me to picture these events in my mind, and of course the mind is far greater at conjuring fear than any pictorial display. 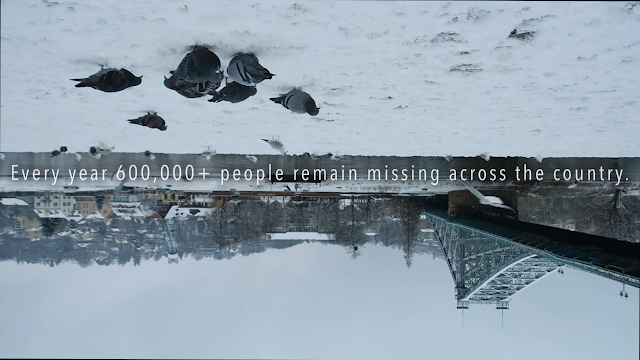 We Are the Missing was an interesting film with an authentic feeling. With so many different bits going on there was occasionally times where I couldn't remember who characters were, or got confused with actors who looked similar to each other. All the twists and turns along the way are given the dramatic attention they needed, with editing choices and sound creating the appropriate chills. We Are the Missing has now been released on YouTube and can be viewed for free so check it out if you have the time.