The Rotting Zombie's Round-up of Horror News for June 2020 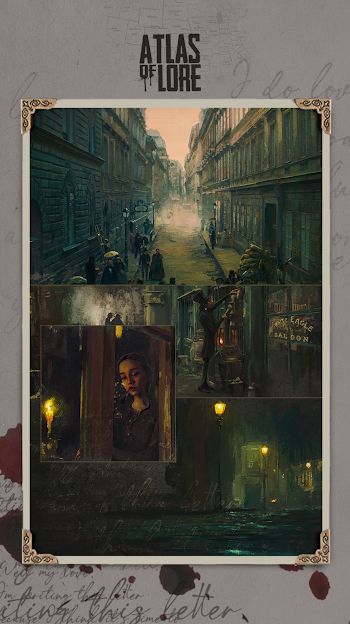 My inbox seems to be fit for over flowing with news this month and so I will shorten my usual pre-news ramble. Not much really to say other than I am loving The Last of Us II, a review of that will surely follow some point in July. Also, I have recently picked up the DLC killers for Dead by Daylight, is a shame no one ever seems to be playing it when I try to get in a match though! Finally, I picked up The Walking Dead VR game, is meant to be a good one..

The first teaser and stills for time loop slasher 6:45 are out. Hoping to save their troubled relationship Bobby Patterson takes his girlfriend, Jules away to an island resort...where they are promptly brutally murdered. Death is not the end though and the couple find themselves doomed to repeatedly awaken at 6:45 on the morning of their murder and forced to relive the days traumatic events over and over again. I love the idea of time loops and so this one really sounds like one for me. 6:45 is aiming for a release this Autumn.


The new distribution label from Bayview Entertainment and Horrornews.net. "HNN Presents" has announced its first acquisition, the comedy horror Master Pieces. I said of the film "is a movie you will either love or hate. It tries to be different and succeeds in this".
Sticking with Bayview is the announcement of two Italian horror features. The first is 42-66: The Origin of Evil. This one is about a patient who leaves a prison psychiatric clinic with the hope of restarting his life. Instead he ends up on a path of violence, led by a supernatural demon. The second release is L38: The Face of Evil and sounds more like a crime thriller. Four career criminals start up production of snuff films for their sinister boss. Both films are now out on DVD.

Terror Films have partnered with YouTube AVOD platform, Kings of Horror. This has been described as the 'most visited and subscribed channel for full-length horror movies on YouTube. The partnership begins with ten films added to the library. At a later date Terror Films will premiere four new films exclusively on Kings of Horror for a six week stint. 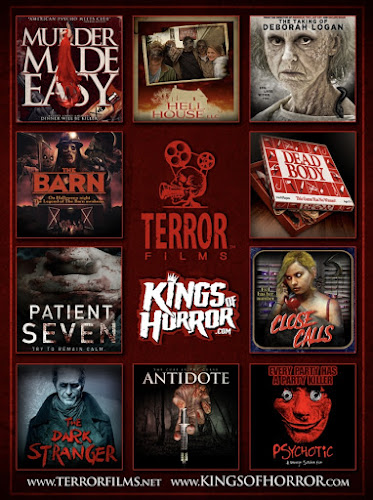 Indican Pictures are set to release The Transcendents on most major digital platforms on July 21st. This is about a man named Roger who is on the hunt for a defunct indie rock band (titular The Transcendents). This is described as 'a mysterious thriller set in a musical world'. Check out the trailer below.


Paralyzed with Fear has been released as an Amazon Exclusive. This stars Kane Hodder as a demon who goes after a house full of women who accidentally summoned him. This also stars Haidyn Harvey, Andrea Rabold, and Maya Grace, and is directed by Glenn Berggoetz. For more information head here.

A trailer and poster for Quarantine Girl has been released. This stars Nicole D'Angelo and Shane Ryan and is about a woman whose mental state deteriorates after she isolates herself during an epidemic. This film is due for release by months end by Cinema Epoch. It was apparently shot safely during the current pandemic.

A teaser trailer and poster has dropped for the Terry Ross directed social thriller Sweet Taste of Souls. The story here is that four struggling indie band members decide to stop for food at a remote roadside café. Things don't go according to plan as they find themselves trapped in the café owners art collection, facing a demonic force. The idea of being trapped inside art sounds pretty out there, so I hope this film turns out to be a good one!

Welcome to the Circle is a new horror film coming from Artsploitation Films soon. A father and daughter stumble into the realm of a madman worshipping cult while out camping. Also there is a professional cult deprogrammer and his two clients hoping to retrieve a particular cultist. All find themselves on a desperate mission to escape. This comes to DVD/Blu-ray and VOD/streaming later this year.

The Luring was released on digital and DVD on June 16th thanks to Summer Hill Entertainment. This is writer/director Christopher Wells feature debut, and stars Rick Irwin as a young man who returns to the place of his childhood in order to put the constant nightmares he has to rest.

Botox Fiction is the name of a mini series that French director Yoann Kimfoko is hoping to create. This takes place in a dystopian world where parents rear children in order to use their skin to remain forever young! Currently there is a crowdfunding campaign going for this, for more details check out their page here.

We Want to Believe is a new paranormal series and it has released The Demon Jar part 1 and 2. Even better, these episodes are free to watch. This is a reality show that follows writer/director/investigator Jason Hewlett and paranormal investigator Peter Renn and team as they investigate everything from UFO sightings to Bigfoot and hauntings. The show claims to be authentically made with no camera tricks or special effects. The free episodes can be viewed on YouTube or below.

Hex Studios have launched a new publishing wing, its first volume is titled The Book of Beastly Creatures. This is an anthology featuring 18 original stories, each based on original monsters from the Hex universe. Written by Sarah Daly, Thomas Staunton, and Lawrie Brewster, the hardback is also filled with 80's inspired artwork by James Olley as well as a full set of RPG rules for each creature. The book is available to buy from Kickstarter.
Also from Hex Studios - their new YouTube channel; Channel Hex have launched a retro horror talk show called Hex Talks. This features Lawrie Brewster as the host who holds a series of interviews with icons of the horror genre. The first episode has him chatting with Graham Skipper, best known for playing Herbert West in Stuart Gordon's Re-Animator The Musical. He has also starred in Almost Human and Beyond the Gates, as well as directed and starred in Sequence Break.

Puzzle Box Horror are going to be launching a new magazine titled 'Atlas of Lore'. The first issue, 'Oregon' is due for release late July. This will feature five original short stories all based on Oregon's haunted lore. Along with the stories are original art and photography. The five stories in issue 1 include Slice, When The Bandage Man Finds You, Anna Byrne Chronicles Chapters 1 and 2, The Haunting of The White Eagle and Rose. The magazine can be pre-ordered here.

In music news U.S psychedelic country western band Spindrift are due to have a film released on DVD and digital called Spindrift's Haunted West. The film chronicles the band over five weeks where they play exclusively at ghost towns and haunted locations. Indican Pictures will be releasing the documentary in July.


Kissing Candice have released their track Ghosted on all streaming platforms, which is the first time this has been available to stream. This track has never been put on an album and apparently fans saw it as a lost track. The band say this was something to give to the fans as they await the release of their new album.

Finally, and after months of mentioning it on my news post the dystopian turn-based strategy/RPG video game 1971 Project Helios has been released. It has came out on PS4, X-Box One, Nintendo Switch, Steam and GOG.