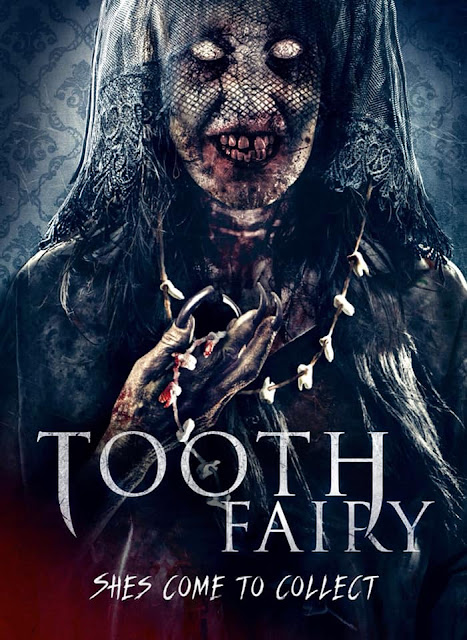 Released at the start of 2019, Tooth Fairy was directed by Louisa Warren (Curse of the Scarecrow), she also provides the voice of the titular antagonist force, and this seemed to be filmed on the same property as that earlier film of hers. There were parts of this that were legitimately entertaining, however while this should have blatantly been played as a comedic slasher in the way the Leprechaun films are it is instead mostly played very straight and serious and suffers as a result.

In the early eighties three traumatised children, that include among them Jen, lock a demonic creature (Will Dodd - The Mummy Reborn) in a barn stall, along with their mother and then set it ablaze. In modern day, Jen (Claudine-Helene Aumord - Bride of Scarecrow) is still suffering the effects of that traumatic time, and so has formed a bad relationship with her daughter, Carla (Claire-Maria Fox - Suicide Club). Her daughter visits the farm where her mother lives in order to get a birth certificate that is kept there, but her visit coincides with the return of the sugar fearing monster, that wants to claim the nearest and dearest of the three people who stopped it all those years back. 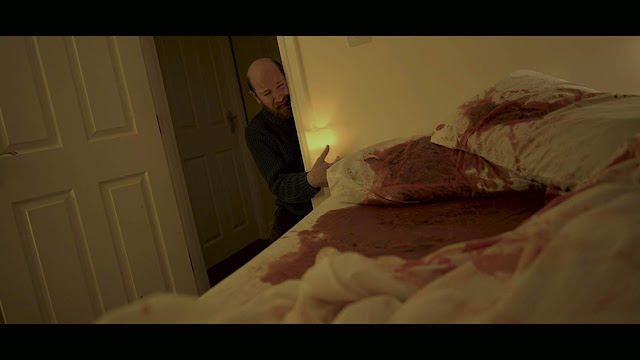 There is some amazing miscasting here which I just could not look past. I don't know if it just wasn't possible to hire older actors, but you have young adults playing characters much older than they obviously are. The most glaring example is Father Ruben (also played by Dodd). Dodd was around 22 years old when this film was released, however as much as I could infer Father Ruben is meant to be in his sixties, and so Dodd talks and moves in a ridiculous way that made it seem like he was a character from a 90's comedy sketch show. I just could not take him seriously. More miscasting comes with Jen, her daughter looks a lot older than she is and so there was a huge tonal disconnect each time Carla refers to Jen as 'mum'. If this had been played as a horror comedy this would have worked, but there just isn't enough evidence to suggest this is meant to be a comedy. That isn't to say there are not comedic elements, the Tooth Fairy sections are overtly silly, but they gel so badly with the cutprice Eastenders style drama going on.

So much of Tooth Fairy is bogged down in melodramatic family sections. The dysfunctioning family unit is shown in various ways via the three surviving siblings from the prologue. Jen is said to be an alcoholic (though no evidence is actually shown), her daughter thinks she needs professional help. Then, Jen's sister is a drug addict who is dating an abusive man, and Jen's brother has become devoutly religious. All these dramatic story elements get in the way of the horror. I couldn't care less about these badly acted supposedly meaningful realistic elements so it was baffling why they take up so much of the run time.

The Tooth Fairy parts worked a whole lot better thankfully, they saved this film from being a total disaster. The look of the monster admittedly is terrible, it wears ragged robes (fine enough), but then the face of the demon is an obvious mask. I think the movie should have acknowledged that was a mask and not the creatures real face as it looks so unrealistic and...mask like. It gets better with its abilities, the monster is able to make itself resemble victims it has killed, in order to trick future victims. It is even able to be in two places at once, both in its monstrous form torturing some people it has captured, as well as showing up to someone else under the guise of a little girl. The creatures biggest fear is sugar which was a fun idea, and it uses dentistry as weapons. At one point it kills a character by impaling them with a toothbrush! Another part sees it strangle someone using dental floss. Some of these moments get quite raw and brutal, with children not spared its wrath.

If Tooth Fairy had doubled down on the horror parts this would have been a whole lot more enjoyable. The whole notion of this was a stupid one, and so it was a weird decision to try and play so much of the story here deadly serious when a knowingly silly tone would have worked so much better. This was a pretty bad film and felt like a bit of a wasted opportunity.

Posted by Daniel Simmonds at 11:23