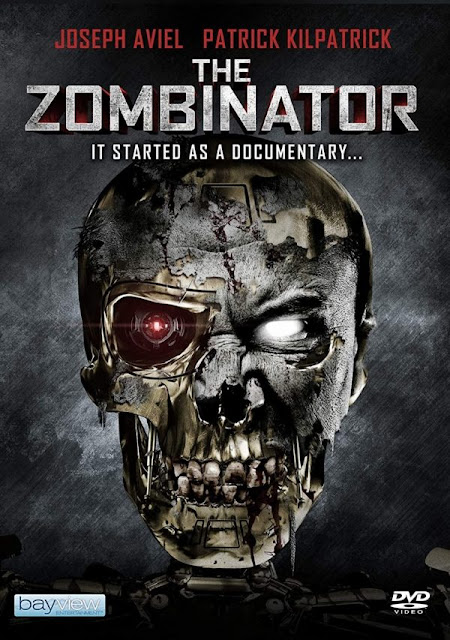 The Zombinator is a zombie film that came out during the very peak of terrible found footage movies. Directed and written by Sergio Myers this falls into every pitfall that the worst of these types of movies seemed to revel in. Terrible camera work, shoddy effects, an abysmal story and exaggerated acting makes for an 82 minutes of near pure tedium. I am 'cool' enough to have participated in a live action zombie roleplaying experience and it is no lie to say I think both the story and acting was way better with that than what is demonstrated here. There are some parts here which are good, and I felt it was up to me to sift through the mud in order to find the few parts that did work.

A fashion blogger has hired a film crew as she wants to make a documentary. The film crew, along with some friends head out to a local bar in the nearby town in order to speak to people she meets about fashion. Her trip coincides with a zombie outbreak, and soon her, and an assortment of other random characters find themselves fleeing from the flesh hungry ghouls. They are soon rescued by a zombie slayer, the titular Zombinator (Joseph Aviel - Wolfenstein: Liberation of London) who is on a mission to find the originator of the outbreak, his old army Colonel (Patrick Kilpatrick - Minority Report, Death Warrant) and stop his evil antics. 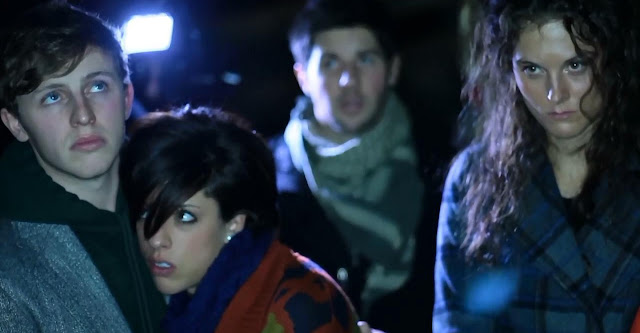 Here is my strongest thought on The Zombinator; this shouldn't have been a found footage horror. I think this would have succeeded far more if there wasn't the annoying shaky blurred first person perspective footage. There is a semblance of a plot going on yet it takes a backseat due to the protagonists not having anything to do with this story. The majority of the film sees the cameraman fleeing away from the undead whenever they appear, this means instead of lots of cool zombie action we instead gets far too much footage of over acting characters shouting over each other in bland zombie-less rooms. Apparently the whole movie was shot in under five days, and without a script. That is very believable, the actors for the most part feel like they are not only making up their lines on the spot, but they don't really have anything interesting to say so just keep repeating the same line over and over again. For at least the first half of The Zombinator at any one time there seemed to be around six more characters on screen then there actually needed to be. This results in 'Tower of Babel' style scenes of characters all shouting at the same time unintelligibly while the camera man swings his camera around like he's a drunk man on roller skates.

This just didn't feel well thought out at all. There is no intro to explain why the footage has been edited together, nor is there any explanation for why music plays at certain points, though probably done to create more of an emotional response to scenes. Characters who I assumed were protagonists disappear off camera never to be seen again, while the main story culminates abruptly. It cuts to credits with nothing really resolved, I had no idea just who was still alive and who had been killed. This film needed a script desperately, and it needed a plot that was handled much better than what was shown. This also falls into a hurdle straight away, by trying to make this seem like initially it was just a fashion blogger the first ten to fifteen minutes of The Zombinator were as dull as dishwater, I found myself idly looking up the movie just to make sure I was watching the right one as it seemed to have nothing to do with horror at all. 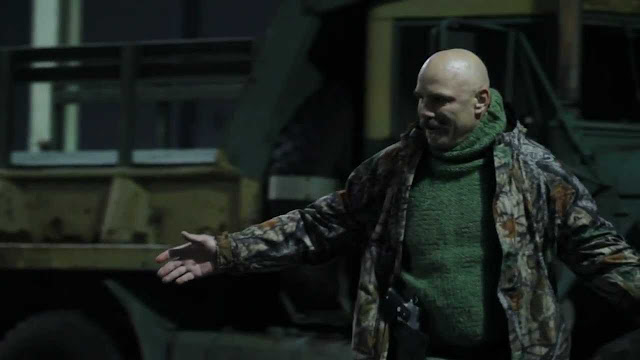 It is not all bad news though, there are some good elements to come out of this. Both Aviel and Kilpatrick shone in their opposite roles, maybe only due to the fact they appeared to be the only two actual actors in the whole movie. It is a shame their parts seemed relegated to background noise. Also the zombie cast were all great, every single one of them. Zombies are the one movie monster who I think actually work better when they have bad makeup, and here they are an eclectic bunch. Some of the ghouls are wearing contact lenses, the majority aren't, some look at the camera rather than at characters, most are waving their arms around in the air, and the make-up is random on them. They were a highlight for me, it is a shame that usually as soon as they make an appearance the cameraman has fled the scene so you only see them fleetingly. If you do make it to the end of this there is a classic bad guy 'death by zombie' moment.

I love zombie films, but this was a hard one to enjoy. The found footage genre has evolved tremendously over the last ten years, and watching this it is clear to see why this evolution was needed. You can't just go out and film a load of footage, swiftly edit it and then release it as a movie. You need credible acting to sell the idea of it being 'real', you need to have a concrete story in place, and you need to film in such a way that what is being shown is interesting to the viewer. Kudos to the zombie cast, and to Aviel and Kilpatrick making the best of a bad situation, everything else about this kinda sucks though, which of course is a shame. The Zombinator came out on DVD on 24th March thanks to Bayview Films.