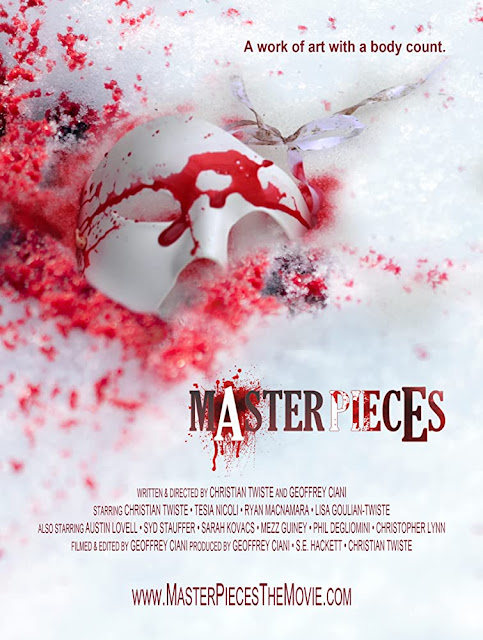 Master Pieces is a comedy horror film that was co-directed and co-written by Geoffrey Ciani and Christian Twiste. These two also feature in the film, with Twiste playing the main lead. The horror elements are the moments where I most enjoyed this, however the comedy is very surreal and also something I just didn't get. Add in plenty of false story beats, and the movie shown from the protagonists perspective and you have something that mostly just made me confused, and not in a fun way.

Twiste stars as himself (or as a character named Himself, I wasn't really sure). This man has recently gotten married to a woman (Lisa Goulian) who nags at him constantly, both for not having a job, and for not having yet put up the Christmas tree. The man is obsessed with radio psychologist, Dr. Brenda Dobbs (Tesia Nicoli) and soon he has, whether coincidentally or on purpose racked up a body count of people who share the same name as her, or who look like her. With an inexperienced detective hot on his trail, the man is determined to create his own 'master piece' whatever that may be. Of course none of this may actually be happening at all, it may all be in the man's mind. 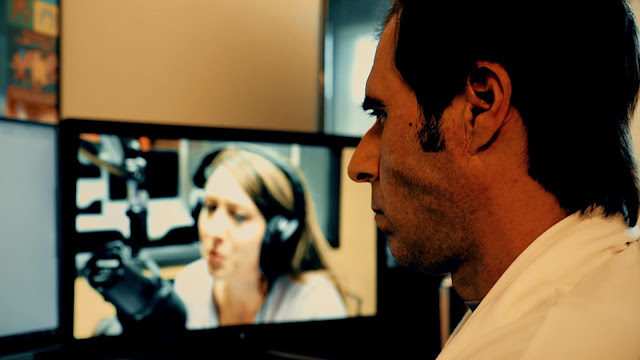 The moments of horror in Master Pieces are the one part that I really can say I got on board with. Even with the humour bleeding into these moments they felt authentic enough. I did like the exaggerated facial expressions of the victims in the seconds before they get killed. The majority of the third act is one prolonged chase sequence, with Twiste's character wearing a Phantom of the Opera style half mask. These scenes were really quite good, they felt like a homage to slashers of the eighties in the dramatic ways they both play out, and are shot. The music for these horror sections was also on point, the orchestral sounding score created some good moments. The special effects are decent enough, some moments here that actually made me wince despite the bright red looking blood. A knife in a characters foot, and plenty of blunt trauma all looked satisfying enough, close-up camera angles helping to sell the image.

If only all Master Pieces had been horror based, but it soon becomes clear that is only one part of the film. After a prologue in which a woman is killed we then go to the far more comedy centred main story. Twiste's character is an extremely weird one. He over states his lines, combined with his facial expressions, and his earnest look makes him come across like a stand up comedian performing on a stage. This whole performance was purposely zany but I found it to be very abrasive. I'm not sure if I just didn't get the humour, or if it was designed to be as surreal and out there as possible. Kind of tying the confusing story together is this all powerful company named 'The Federated Collection Agency' who in this film world seem to be in charge of absolutely everything, from deliveries, to plumbers, complaint departments, and radio stations. It was all very off kilter and hard to follow. The comedy is a mix of different types, the visual, such as the over the top death scenes, dialogue based ones such as the phone conversations the protagonist gets into, innuendo, gross out and more. It felt like everything was slotted in here which made things exhausting to watch at times. It doesn't so much feel that the filmmakers didn't know what sort of film they wanted to make, more that the film as it stands was exactly the type of film they wanted to create. 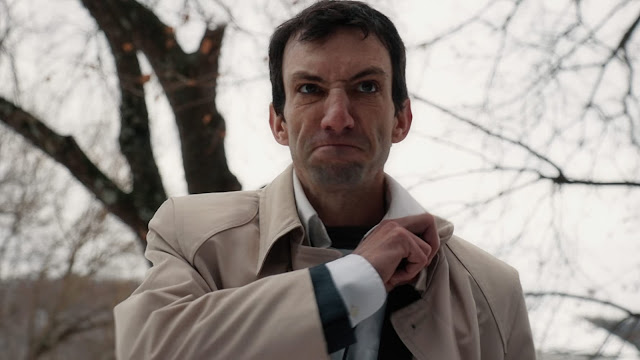 At its core Master Pieces was almost like American Psycho in that it is never really clear if what is going on is just in a character's head, or if what the viewer is being shown is actually happening. It came to a point where I just gave up trying to piece together the story and let it all wash over me. Scenes are a varied bunch, there are some I thought were great, but others were so inane as to be boring. Moments such as the protagonist trying to turn off the dripping taps in his house at night, and turning off multiple kitchen appliances at another point were just bizarre, I didn't understand what they were bringing to the film. Then there is the movie's finale in which there are three or four different fake endings before we finally get shown the actual end (that takes place post credits). It left me with no real idea of what had been going on in the 75 minutes previously.

I feel Master Pieces is a movie you will either love or hate. It tries to be different and succeeds in this. This difference to the norm was something I didn't enjoy, I found it to be jarring, exhausting and bizarre. Still, if you are up for something that is unapologetic in its shifting tones then Master Pieces may be the film for you. Master Pieces will be made available on Vimeo.