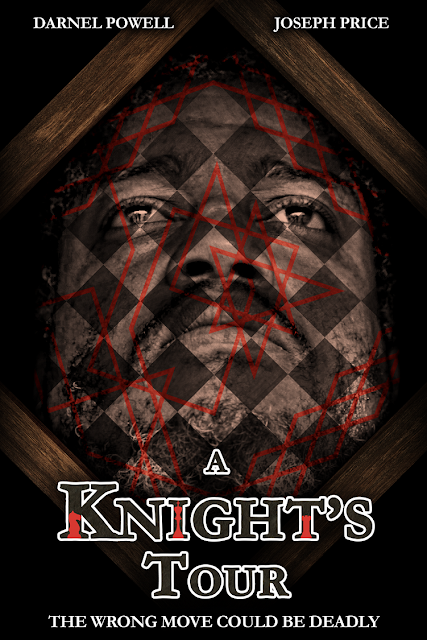 It's been a while since I last saw a post apocalyptic film and so was eager to check out A Knight's Tour (the title a reference to a famous Chess puzzle). This film, written and directed by Marvin Choi is very low key, not a lot happens, and there are just the two characters. It is this feeling of isolation though that really creates a feeling of mistrust and paranoia. Ideas are presented to the viewer, yet there is never a firm answer and so it really is left up to the viewer to come to their own conclusions.

At the films start, post apocalyptic wanderer, J.D (Darnel Powell) stumbles across the remote mountain home of middle aged Henry (Joseph Price). Not trusting the stranger, J.D is initially chained up, but as the days go on the two men begin to form a bond. Henry is fearful of the outside world and has never left his home since the unnamed cataclysm occurred, J.D on the other hand is constantly travelling. As the weeks pass Henry begins to suspect that his visitors motivations may not be as benign as he alleges... 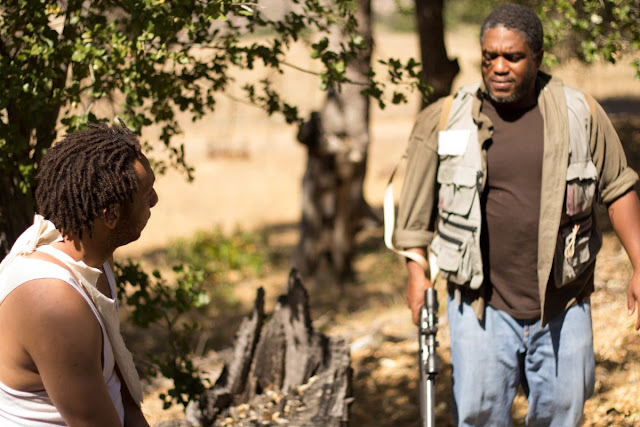 By not committing to a firmly set story A Knight's Tour succeeds in making something that is captivating as well as mysterious. I loved how open the plot was, there are plenty of indicators that J.D may not be the good guy he claims to be, but his character is presented in such a way that taken at face value there is nothing to back up these suggestions. J.D from start to finish comes across as friendly, Powell's acting backing up this assertion. Henry is a paranoid character, having lived alone for so long this is understandable, and so the evidence he brings up against J.D can easily be seen as paranoia, and the things he thinks he sees could be, as J.D suggests PTSD. A Knight's Tour balances these two ideas perfectly and so when the credits roll (after a potentially chilling final shot) it is left to the viewer whether they come to an optimistic or pessimistic conclusion, I don't think there is a right or wrong answer, both conclusions exist side by side equally.

Not a lot happens with this film but I wouldn't go as far as to say this was a slow burn. At 77 minutes the length is perfect, the three act structure featuring just the two characters provides a gradual build up of trust. Starting with the two as strangers, this moves on to the middle act where they begin to open up about themselves, before the slightly more thrilling third act. The characters talk a lot to each other, outside of a mellow trip to the mountains to check on traps Henry had set, the majority of the film takes place within the dark confines of Henry's house. It felt far removed from the Mad Max style wasteland you often see, more in line with The Road, though far less bleak and depressing than that one for sure. This is a study of characters more than anything, and a study of two opposing views on how life should be lived, something that felt appropriate to the times we are living in. When J.D questions whether living in isolation in the one location is really living I could kind of see his point. 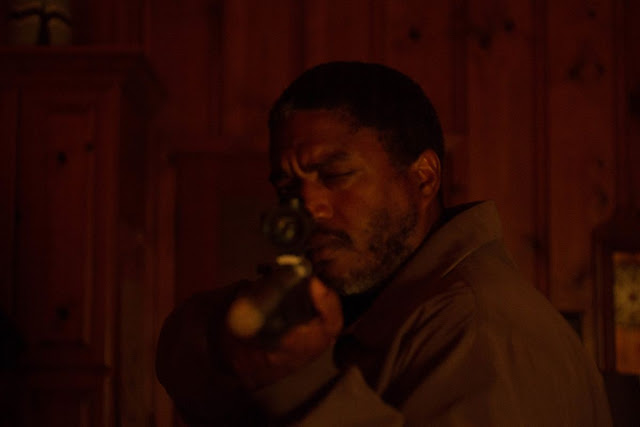 There was a washed out dusty look to the world of A Knight's Tour, the props and set design served the job well. There wasn't a need for many special effects, the reasons for the post apocalypse are never brought up, and so that doesn't factor into anything. Music is also kept to a minimum. The film in general is low-key, it presents its ideas in a way that doesn't call for a big budget, the two actors both do fantastic jobs.

A Knight's Tour  was a good post apocalyptic drama that shows you don't need big flashy ideas to make a good entry in this genre. The outside world is an excuse for the meeting of these two characters, and a chance to see their opposing views on how to live life in general. If you can get past the slow and uneventful plot then you will find something that is genuinely interesting to watch. A Knight's Tour is set to begin its digital release this month across a variety of different platforms, thanks to Terror Films. It will also be featured in the June issue of Scream magazine.