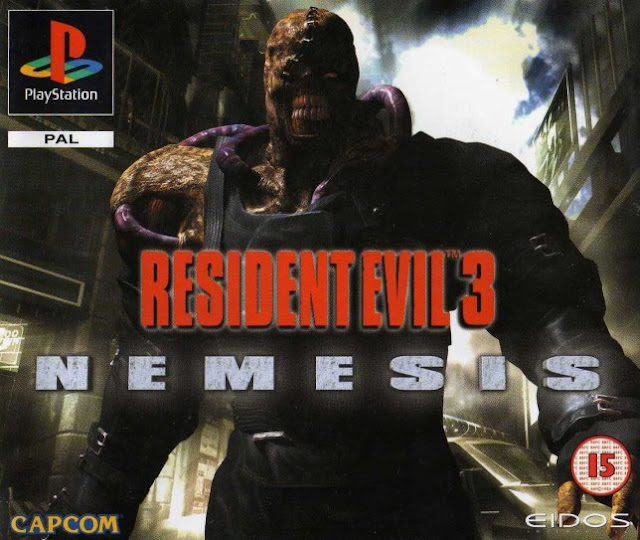 Last year when the remake of Resident Evil 2 was released I decided to replay the original one to see what the difference was. This year it is the turn of Resident Evil 3: Nemesis to be remade, and so again I found myself travelling back in time to play the original, which was released way back in 1999. Of the original trilogy the third game was the one that I enjoyed the least, despite that it was the one that actually had the most replay value. Each time you completed the game there was an additional epilogue unlocked, I think there was around ten of these in total, due to this it meant I played this one repeatedly until all were unlocked. I hadn't played the game since getting that final epilogue, and so was interested to see how it holds up nowadays. Due to this being kinda old I'm not going to hold back from spoilers for the purpose of this review.

The game takes place in Raccoon City and its first half takes place 24 hours before the events of Resident Evil 2. The city is in chaos, with the undead absolutely everywhere. Unable to delay it any longer, former S.T.A.R.S member Jill Valentine decides it is time she must escape the doomed city. During her escape attempt she discovers that the evil Umbrella company have sent in the Umbrella Biohazard Countermeasure Service (U.B.C.S) on the pretence of rescuing civilians from the unfolding disaster. This group were made up of mercenaries and were totally unprepared for what was happening, as such nearly all of them have been wiped out. Jill stumbles across the survivors of this group; Carlos Oliveira, Mikhail Victor, and Nikolai Zinoviev and decides to team up with them in order to make it to their designated evacuation spot. However, there is a nightmare hunting down Jill, a hulking, seemingly indestructible monstrous creation of Umbrella codenamed Nemesis who will stop at nothing to wipe out her, and the other remaining S.T.A.R.S members... 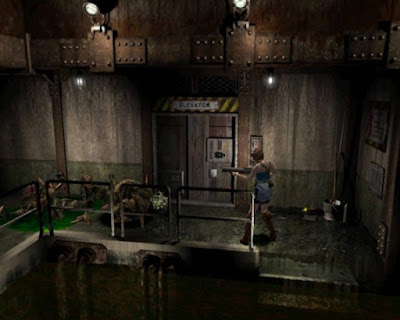 Initially this game was supposed to be a spin-off of the main series and it does show in its design. Where before you had tightly designed singular locations (such as the mansion in Resident Evil, and the Police station and secret lab of Resident Evil 2) here you have a variety of much smaller locations which never come close to matching the complexity of previous ones. On paper the idea of exploring a huge city instead of a single location does sound fantastic. In actuality you get to explore a series of claustrophobic alleyways, and smaller underwhelming buildings. These new locations are all fun to play through, don't get me wrong, it is just that I wish they had all been bigger than they were. The clock tower, the hospital, and the dead factory were all wonderful locations, it is just the reduction in size means there isn't so much in the way of puzzles and secrets to be found.

The story also felt smaller in scope and has some elements I feel should have been changed around, or at least made to be bigger than they were. Towards the end of the game it is revealed that a nuke is on its way to destroy the city, in my opinion this should have been a much bigger part to really make Jill's escape feel more urgent. Then there is a file you find right near the games start in which Jill reveals she is still paranoid that she might be infected after the events of the first game. This could have made for an interesting topic to explore but it isn't brought up again. It is hard to be down on a game from 1999 though, there was hardly the scope to explore such topics as that. Another aspect of the third game that always felt a bit strange was the pacing. The game is roughly split into two halves, 24 hours before Resident Evil 2 and 24 hours after that game ended, but there are only four bosses in the game, the first of which appears at the halfway mark. All but one of these bosses is the Nemesis monster, and it is only one of these bosses that can be defeated using conventional means. The other three require you maneuvering the boss into a particular spot for environmental damage. 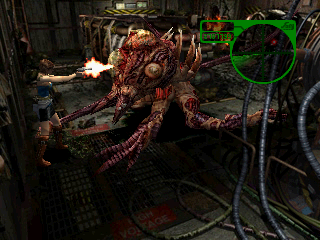 What of Nemesis then? He was obviously inspired by the Mr. X enemy that appeared in the B missions of the second game. He makes for a still thrilling foe to face off against, or more likely to flee from. I think this is likely why there are no bosses as technically each time Nemesis appears he could potentially be treated as a boss. It makes much more sense to run away, but defeating him yields rewards. The main enemy type in Resident Evil 3 much like the previous games are the zombies. These appear in greater numbers here and even form several set pieces. Other returning enemy types include zombie dogs and crows, the reptilian hunters, as well as giant spider enemies. Joining these are new creatures such as giant leeches, insectoid creatures, and a new hunter type that resembles a frog..oh and of course the giant worm who makes up the only non Nemesis boss encounter.

All these enemies means that the game is much more action focussed than previously. To cater for this there is a lot more ammo in the game world, and there is also the ability to craft different ammo types using gunpowder dotted around the game. This function suffers a bit due to you having to have a specific item in your inventory to mix the powders. Pistols, the shotgun, magnum, and grenade launcher return to the game, new items include an assault rifle (that Carlos uses during his playable section) and a mine launcher which I never even ended up using on my latest run through of the game. You also have a new dodge mechanic that technically allows you to dive out the way of enemy attacks. It is a bit hit and miss on it actually working though, and on many occasion I would inadvertently find myself jumping into the paths of a zombies bite when all I had wanted to do was aim my gun and shoot. Apart from this the game plays as great as the previous ones, of course there are tank controls and pre rendered backgrounds, but I have a lot of fond nostalgia for that. I did find not having the option to manually reload guns without heading into the item screen a bit of an odd decision. In terms of the graphics and sound I loved it all, I really hope they give the option of using the original music in the remake as DLC some point in the future. 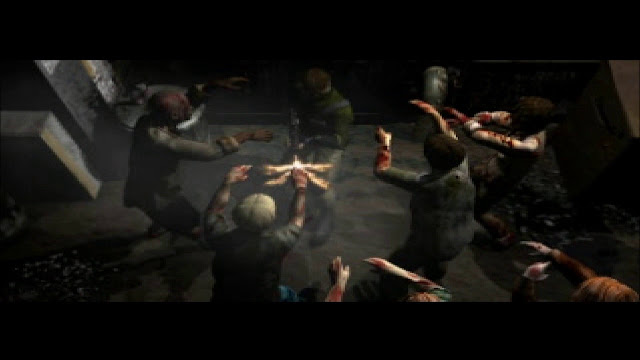 At various points in the game everything freezes, you are then presented with one of two options. For example, at one point Nemesis appears on a bridge spanning a gully. You get the option of either shoving the monster off the bridge, or jumping off the bridge yourself. It gives the illusion of choice but it never really amounts to much difference. The example I mentioned for example has you entering the dead factory from a different place. More choice comes from the way you explore the game. Depending on what place you visit first you might find different cutscenes, and even different outcomes for characters. The human antagonist here is revealed to be Nikolai, depending on how you play the game he either ends up killed by an unseen monster mid-gloat, or he opens fire on you from a helicopter. This gives legitimate replay value to see these different outcomes, but it also means the story can head to unsatisfying places as these various outcomes make things seem watered down. I will say that on my most recent playthrough I encountered a cutscene of a U.B.C.S merc killing a group of zombies with an exploding barrel that I am pretty sure I had never seen before, I triggered this by returning to a tram before I had collected the essential items I needed to get it running.

Resident Evil 3: Nemesis is the weakest of the games in the original trilogy. The story is basic and underwhelming when you remove Nemesis from the equation, and the pacing feels off, maybe due to not having any single large location. On the positive side though by using the gameplay mechanics of the previous games, and featuring great looking pre rendered backgrounds this still, some twenty years later was a real joy to playthrough. Not the best in the original series, but still a game that holds up a damn lot better than many other games from its time period.