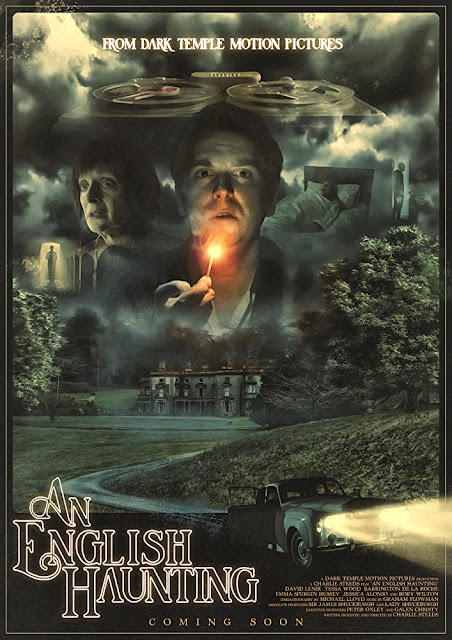 An English Haunting is a Gothic horror that was written and directed by Charlie Steeds (The House of Violent Desire, Winterskin). Initially I didn't think this was going to be much good, in fact I would almost say I was bored for the first thirty minutes, however this really picked up in the subsequent two acts and while it did become predictable at times I still thought it had some really strong moments.

In the 1960's Blake (David Lenik - Robert Reborn, Winterskin) and his alcoholic mother, Margot (Tessa Wood - Ghostware) are forced to relocate to the countryside mansion of Margot's bedridden father Aubrey (Barrington De La Roche - Winterskin, The House of Violent Desire) in order to look after him. Margot is bitter at having to be there as she never had a good relationship with her father, Blake is more compassionate though as he has fond memories of spending time with Aubrey when he was a child. He begins to experience odd happenings at the mansion, such as spotting a strange woman outside the house, while inside he witnesses doors and chairs moving of their own accord, and begins to have recurring nightmares about a heavily deformed figure. Eventually Margot too begins to witness these strange goings on and they come to believe there is more to Aubrey's illness than meets the eye. 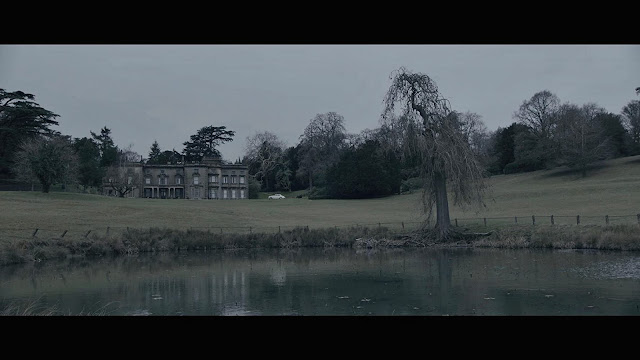 I wouldn't have guessed from the dull opening how much An English Haunting would improve. Initially I wasn't impressed, I found the acting style to be a bit dramatic and over the top, and the sights of things moving on their own felt so generic and typical. However the Gothic atmosphere really got built up, a lot of this feeling was created with how the plot came to be told, while the cinematography I noticed stayed strong throughout. This is a house that is full of secrets, hidden objects and bricked up rooms. The exploration of just what happened in the past is revealed in a video game fashion by audio diaries Blake discovers. These were narrated by Aubrey and were quite fascinating in what they were saying. It made a difference to the usual type of flashback sequence you might expect. At times, with the story that was being told this felt like an indie version of Hereditary.

By the movies title you might expect this was something paranormal in nature, and it does have the trappings of a classic ghost story. There are also elements of demonic possession, I always love that type of horror. Another element that shines here are the nightmare sequences that Blake has. These take place outside in daylight, and with characters silently mouthing their lines as the music plays over. There was a mild arthouse style of disparate images edited together that brought to mind the excellent videotape part of The Ring films. As the movie goes from act to act the horror gets more pronounced, the horror more urgent and apparent. There are plenty of twists and turns along the way, some parts of which were great, and some, like the ending were good, but they were also very predictable. 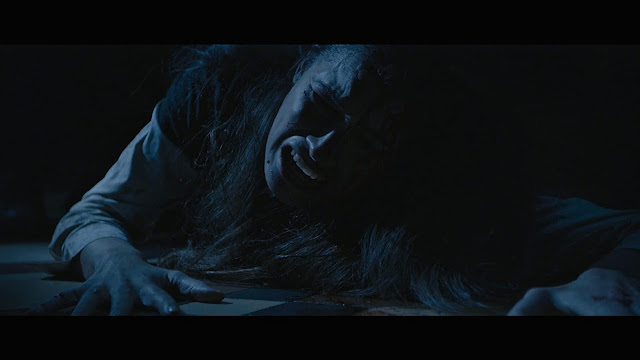 Special effects are kept to a minimum, as is the blood shown here. The prosthetics and makeup for the deformed being I could never decide if I liked them or not. In certain lights it looked effective, at other times it looked a bit artificial. The acting never really shone for me, but at least with Lenik and Wood it was adequate, my favourite was Aubrey, in particular how De La Roche said his lines. To be fair to the actors it is sometimes the script which is a bit hammy and unrealistic, the character of Margot in particular had some really corny lines. The horror ramps up from mild to kind of unsettling, the use of light and shadows impressed at times and there are some shots used that reminded me of 70's Hammer Horror films, in a good way I mean.

Stick past the first half hour of this movie and things improve drastically. Some of the acting may be a bit suspect but there is a decent story being told, even if it is one I have seen told before in a few different ways over the years. An English Haunting is due for release on 27th April thanks to High Fliers Films.