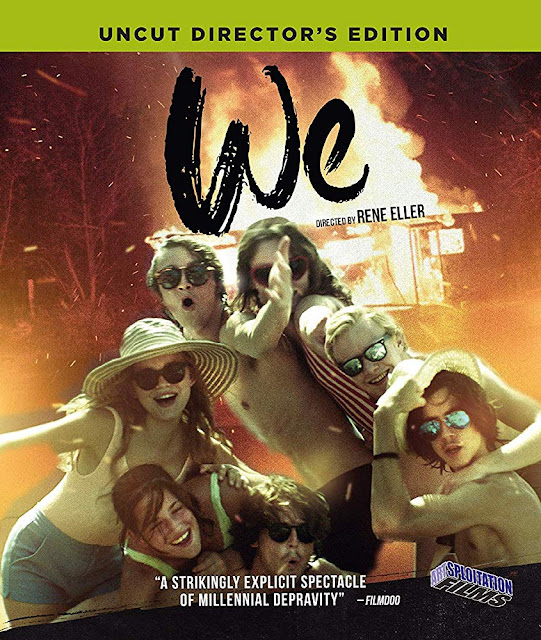 We (original title Wij) is a film that is more drama than horror. However, due to what takes place in it there was an uncomfortable feeling watching this, I was both repulsed by the protagonists, and also drawn to see just how the story would all play out. This is in Dutch and Flemish, with English subtitles, and refreshingly the subtitles are actually decent (after a run of films I have seen recently that had dodgy ones). This was directed and written by Rene Eller, and was adapted by the book of the same name by author Elvis Peeters. It is also quite out there with what it decides to show on screen, and while it is mostly relevant to the subject matter I did think on a few occasions things got a bit gratuitous.

It is summer and eight teenage friends in a Belgian-Dutch border village are looking to have fun. What starts out as a series of seemingly harmless pranks eventually escalate into far more serious crimes, including prostitution, blackmail, assault and death. The movie is split into four chapters, each one dealing with a different character from the group, these include innocent looking Simon (Tijen Govaerts), Ruth (Maxime Jacobs), artistic Liesl (Pauline Castelyn), and aggressive Thomas (Aimé Claeys). 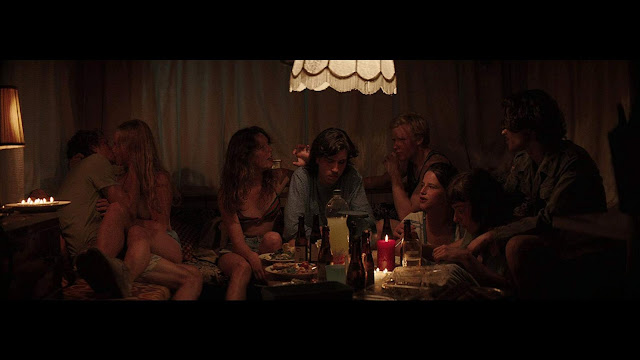 First off, and what I think has given this a bit of a controversial edge to it is the amount of nudity this film shows. All of the eight characters are naked on quite a few occasions, with full frontal nudity shown. There is even a scene early on that shows explicit sex scenes. Now sex is a big part of We's story and so its inclusion in some form is essential, however I really didn't think some moments of this were all that necessary, the explicit sex scene in particular could have been edited around rather than showing insert shots of genitalia. Being teens, and being into experimenting, all the friends routinely sleep with each other, the girls in particular seems to think it empowers them, and so the descent into selling their bodies for money is one the majority of them are more than happy to do. This fits in with the very nihilistic view the characters have. They see adults as worker ants, and do everything they can to rebel against law and order. This made it hard to like any of them, I found their actions to be very questionable, but then it isn't We's intention to give the viewer nice characters.

The wraparound for the main story is a court case, in which we are shown right at the start has Thomas in a courtroom as a witness. Due to the increasingly depraved and nasty antics the group get up to I was interested to see what would happen that resulted in the authorities finally getting involved. What I liked most about We was the four different chapters. Each one is narrated by the character whose chapter it is, and each one takes place over the same span of a few days. It was interesting how this was plotted out. One big example is that in chapter 1 we learn that one of the group has died, however it is not until towards the end of the movie, during Thomas's chapter that we finally get to see exactly what happened. This becomes clever in places, I think it's chapter 2 when a stunt on a bridge over a busy motorway is played for laughs. It is only later in the film when this is revisited to show the actual horrific consequences. Much like reading Chuck Palahniuk's Haunted, or Bret Easton Ellis's American Psycho this film was an ordeal to get through. That is a compliment as while I did not enjoy the story being told, and disliked the characters, I was certainly made to feel something. That makes We a memorable film, it was a hell of a journey from start to finish. 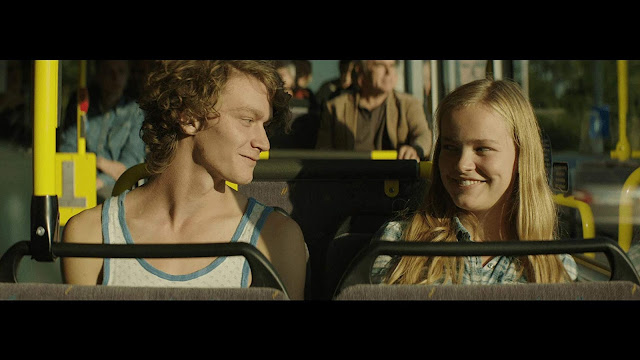 So, I loved how this was paced out, and I loved how stupid it got on occasion, moments such as tying a dog to some train tracks, the exact circumstances of a characters death, and how lines of dialogue and actions of characters in chapters then threads through to create a fuller picture. This is all filmed in an attractive way, and the acting of the nasty cast seemed perfectly good. The soundtrack was also a perfect companion to the film. The themes of self discovery means there is some redemption in a way for particular characters, the ending in particular I thought was an interesting idea to put out there.

We is not going to be for everyone, and it wasn't to my liking. I cannot deny though that I became invested in the story, and was compelled to see it through out of curiosity than anything else, I did love the way the story was told, but I didn't like how the abhorrent characters get to do what they do with only minimal consequences. We came to DVD and Blu-ray on 18th February, and comes to VOD/streaming on 14th April thanks to Artsploitation Films.