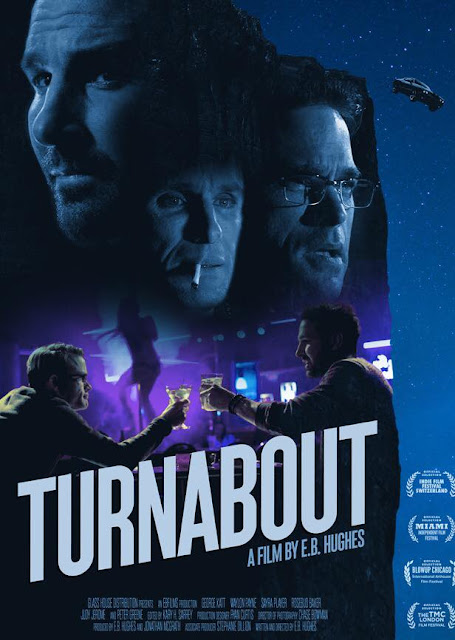 These are weird times we are living in. Turnabout isn't really a horror film in the traditional sense, and it wasn't even one I was obliged to review, as it was sent my way along with a bunch of other films that I could pick and choose from. Traditional horror films rarely scare me anymore, and when they do I can see the ropes and pulleys that are creating the illusion of horror. I am quite an empathetic person, able to read the emotional state of people around me and subconsciously change my own state to match, an annoying habit. So with this crime drama I felt I was a third passenger on the night of madness that unfolds, and I found myself with heart in mouth fearful for all the repercussions this night brought with it.

After a failed suicide attempt in which waster Billy Cain (George Katt) was saved from drowning himself in the river one dark night, he decides to call his old best friend to ask for help. Perry (Waylon Payne - Walk the Line) hasn't seen Billy for over fifteen years, but as he tells his wife, it is his duty to help out his old friend, and so he leaves the comfort and safety of his bed to travel out to help. The road to Hell is paved with good intentions, and over one long night of deviancy Billy is indeed saved, but with a high cost to Perry... 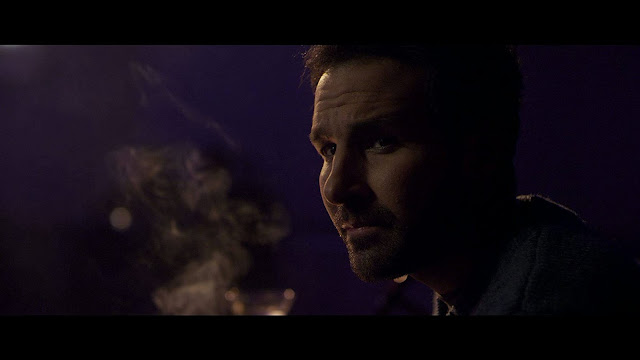 I really enjoy the types of film whose story takes place over one single span of time, and with Turnabout nearly the entire film takes place from around midnight to half six in the morning. Both Katt and Waylon were expertly cast and fitted their roles perfectly. Katt plays the waster rascal, a seemingly loveable rogue who frequents the dives of the town they both live in. Waylon on the other hand has grown to be a respected member of the community, the owner of a small opticians, and with a wife and child. A lot of the format of the movie has Billy taking Waylon to places he would never normally frequent, and do a lot of things that is totally out of character for him. I empathised with his plight, as he keeps saying, he has work in the morning, so the last thing he wants is a wild night. In real life, when pubs were still a thing, I have been in situations where I really wanted to get home to get some decent sleep for work, but have been convinced against my better judgement to keep on having 'just one more drink'. Throughout the movie I kept projecting myself onto Perry, and so was keenly feeling his anxiety.

This manages to be a slow burn of a movie despite events always moving forward. The cinematography soaks in the environments, and gives breathing space to what would otherwise be a series of increasingly dark situations. The locations and environments always looked great, there wasn't one part of this that didn't look the part. It is hard to picture that the director, E.B Hughes went on to film the dull Exit 0, but that he did. The cast here is small, but I enjoyed all of the parts, especially with the stripper Sherri (Rosebud Baker), and Peter Greene (Exit 0) who stole the sole scene he was in, he had such an intensity to his performance.  Complaints with the plot for me where that there were bits around the edges that were not developed as well. I would have liked more of an in depth look at Perry's relationship with his wife as it seemed a loveless marriage. The pacing of the film stumbled a bit in the middle as well, the parts that take place at a motel seemed to go on for far too long when not much for a lot of it was happening. Also, I really didn't think the conclusion was the right choice for the film, it was a bit bizarre and left more questions than answers. 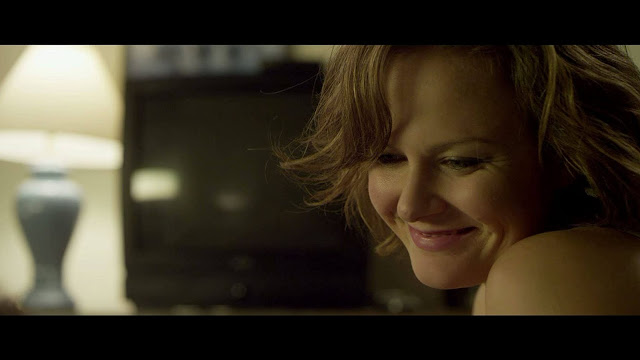 For me, Turnabout was an experience, from around the halfway point I was anxious for the character of Perry and I was rooted to the screen curious as to how it would all play out. I don't think I would have felt so invested if not for the performances of the main actors. The dynamic between them was what made the film work. It was just fortuitous that it also had a lot else going right for it. I think escapism is what is really needed at the moment, and this film allowed me to go somewhere else for an hour or so, even if that place set my nerves on edge. Turnabout is being released in North America by Bayview Entertainment and should be available digitally or on DVD through Amazon.