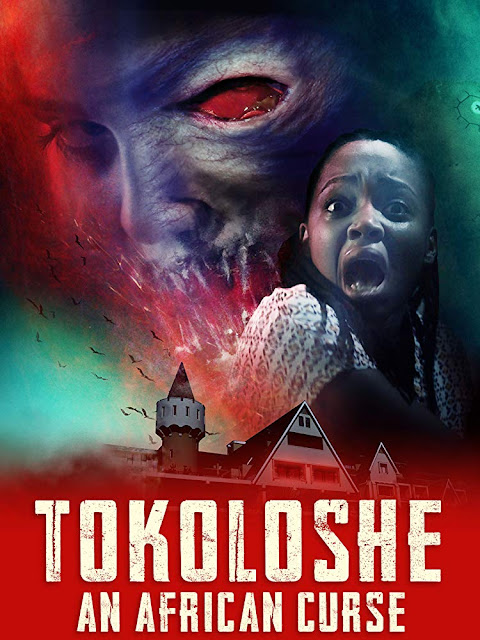 Tokoloshe: An African Curse (also known as Tokoloshe - The Calling) is a South African horror film that was directed and co-written by Richard Green (the second unit assistant director on District 9). I'm going to state right away that having watched this I am none the wiser as to what the actual story was, the way it is laid out is very confusing. From what I could tell it is like if The Shining was trimmed down to a 67 minute run time with some minor changes made.

A writer goes to an empty hotel with his wife and young child in order to work on his latest novel. Unknown to him and his family however is the fact that the hotel has a curse placed on it by the original native owners of the land it sits on. A tokoloshe dwells in the place, this shape shifting evil must kill every ten years in order to keep on living. Meanwhile, or maybe at some point in the future a young lady, Thembi (Shezi Sibongiseni) plagued with dreams of the hotel decides to head there with a psychologist named Dr. Richards in order to save the family there. She once visited the place as a child and feels it calling her back. As the intro blurb states, Dr. Richards went missing whilst investigating the place, and so his fate at least is known. 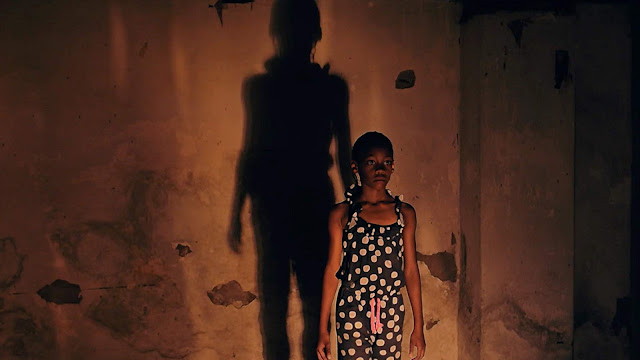 There were plenty of horror elements here, and if they had been framed in a half cohesive way then this might have been something good. As it was I just couldn't make head or tail of what was going on. The easiest place to start is that this is a The Shining clone. You have the empty hotel in which the father character gets possessed by some type of evil. He regularly talks to the ghosts of the hotel, such as sitting down to drink at the bar with the ghostly bartender. At one point his laptop is seen by his wife, and much like Jack Torrance's typewriter it is full of repeated words, and there are also moments when children are glimpsed standing next to each other in corridors. Oh yes, and the child rides around on a toy that is almost but not quite a tricycle. This wouldn't be bad as a copy if it was paced out better, but it is just a confusing muddle of scenes with different characters. It took effort just to write the plot summary in my second paragraph, I waited the whole movie expecting to get some plot exposition but it never came around.

There isn't any plot development for any of the characters here, with the movie flitting around. At times it seemed the mother was evil and wanted to harm her child, at other points it seems it is the dad who is the evil one, and at yet other times it appears that the child is the one who is secretly the tokoloshe. One of the ghosts shown is an elderly gentleman with a tremendous moustache, for me he was the stand out character even though he had no lines, he just stood there with a faint smile on his lips. Most the characters just act weird, from Dr. Richards who at one point is suddenly wearing this dressing gown with no explanation, to the staff members of the hotel who often just stand around looking sinister. The acting is adequate, though there were also some performances which fell on the wrong side of badness. 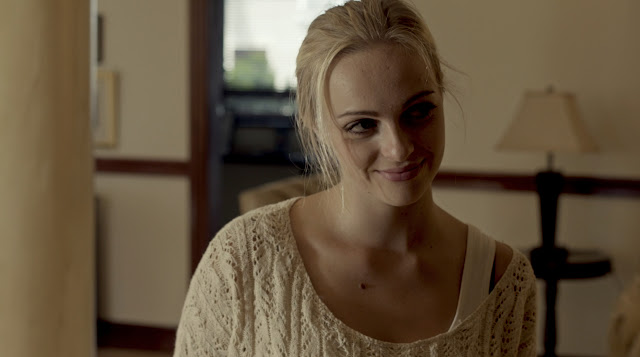 The horror is the one bit that Tokoloshe does get right mostly. You get shapeshifting versions of the characters who speak in distorted voices, and a general otherworldly sense of people being trapped in some grand nightmare. The horror often felt directionless though, and frequently the music would ramp up as if horror based things were occurring when they are not. I did think the idea of the tokoloshe was nice enough on its own, it is just never explained who or what it is. As far as I could tell it was in the form of a doll (the variety of creepy dolls in this movie was another plus from me). It was hard to enjoy this too much though as I just could not tell what was going on. Apparently in folklore the tokoloshe is able to grant wishes at steep prices, but this aspect isn't explored that well.

There was promise in this film, the idea of the antagonist was interesting, but it often felt this was far more into trying to be like The Shining than to be its own film. That was a shame as the horror here was done well, especially with the camera angles, I loved the shots that had corridors looking like they were at twisted angles. To my knowledge this is the first South African horror I have seen, if it had played to the strengths of the unique location this could have been a lot better, as it is, it might be worth watching as a curio, but it doesn't do enough to be a good film in its own right. Tokoloshe: An African Curse is now out on Prime Video USA.