The Rotting Zombie's Round-up of Horror News for March 2020 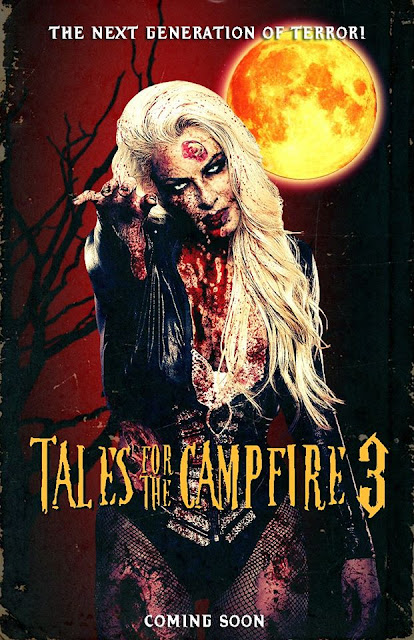 What a difference a month makes, and what a strange time to be living through. The UK, where I am based, is just past its first week of lock down but it is only really this past weekend I have felt what it is like to self isolate. The business I work at for my day job is classed as essential and so I am still heading into the lab and getting to interact with people during weekdays. On the one hand I am getting out the house, earning money, and able to really lose myself in my work, but on the flipside, I'm a die hard introvert so feel I am missing out on the few benefits this pandemic is bringing, namely blissful isolation! Plus I look at all my work colleagues the same way characters in zombie films look at people they suspect of having been bitten, anyone, me included could be unknowingly infected. Anyway, I seem to have a load of news this month, who knows if it is still relevant as the virus is bringing changes to all walks of life. Some news, especially pertaining to theatrical releases and film festivals I have decided to omit at this time.

Doom Eternal came out a week and a bit ago, I'm not finding much time to play it, but when I do I am loving it. Currently I'm around seven levels in and it is a total blast. Resident Evil 3 remake is due out on Friday, so I am desperately trying to zoom through the original in time for that, if need be I will delay playing the remake until the original is completed again!
This past weekend has seen me re-watching the six films of the Resident Evil series. I have a real soft spot for those films and have really enjoyed watching them once again. Saturday saw me get through Resident Evil and Resident Evil: Apocalypse. Sunday I viewed Resident Evil: Extinction and Resident Evil: Afterlife, while on Monday I watched Resident Evil: Retribution, and Resident Evil: The Final Chapter. For each of these I did a bit of editing on the reviews as well as added my current thoughts on the films. Onto the actual news! 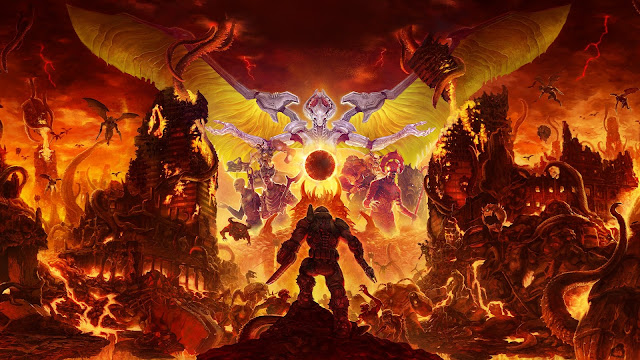 Arrow Video released The Passion of Darkly Noon on Blu-ray on 23rd March. Philip Ridley's 90's cult classic stars Brendan Fraiser (The Mummy) as a young man who falls into a destructive rage after the death of his highly religious parents, Viggo Mortensen and Ashley Judd co-star. This release features a brand-new 2K restoration, and marks the films worldwide Blu-ray debut.
Blue Underground are set to release Zombie and Maniac on 4K UHD Blu-ray on 26th May. Both releases feature a whole slew of extras, Zombie and Maniac are both 3 disc limited editions.

A new clip has been released for Realm of Shadows. This is an anthology horror that stars the legendary Tony Todd (the Candyman and Final Destination franchises), Jimmy Drain  and Vida Ghaffari. All the stories in this anthology are said to be based on real events

Dark infinity's Tales For the Campfire 3 is now available on DVD. This is an anthology that stars legendary action star Mel Novak (Bruce Lee's Game of Death), and Dawna Lee Heising. It came out on 6th March exclusively from SCS Entertainment. It includes a bunch of extras, and even has a mini-poster included. This film is made up of five short films that include We One, Cole Canyon Creeps, The Prisoner, The Bitter Half and The Gateway.

Artsploitation Films have announced the acquisition of two new films. The Dead Ones is an American indie horror directed by Jeremy Kasten. In this one four outcast teens are made to stay at school in order to clean it after an incident they caused. However a gang who have stylied themselves on The Four Horsemen Of The Apocalypse have broken into the building and are hunting the four friends down.
Dead Dicks is about mentally ill man Richie who is shocked to discover himself reborn each time he tries to kill himself. This has been described as 'Cronenberg meets Brunel'. Check out the trailers for both of these ones.

Hex Studios have released a new video on their YouTube channel which is made up of a feature length video diary that covers the teams adventures at Glasgow FrightFest, obviously this must have taken place pre quarantine. They talk to the festival organisers and guests, as well as provide tips for filmmakers and show some behind the scenes stuff.

Multi-award winning actor/filmmaker Michael S. Rodriquez (Last American Horror Show) received the 'Directing Honor' at the Hanford International Film Festival in California on 7th March. He won the 'Director's Choice' award for his short horror Jack Incarnate (that reimagines the theory of Jack the Ripper and his crimes). The film previously also won 'Best Short Horror Film' at the festival, as well as at last years Los Angeles based Nollywood Film Awards Festival.

American Horrors has announced it is continuing production on its original TV series Groovey TV, Gorecast, American Horrors: The Lost Seasons, The American Horrors Intermission, Mission Terror and Horror Show. Founder and head of programming, Hart D. Fisher stated:
"I am personally bunkered down in the American Horrors studios and I'm prepared to ride this thing out right here, even if I'm the only one left to keep the horror streaming."

Frolic Pictures have announced the release of a whole bunch of double feature DVDs. From my experience with these I can say they are quite fantastic, at least the double feature I watched was pretty darn great. As always, there are far too many to list, some chosen at random include Ghosthouse/Firehouse, Kindergarten Ninja/Ninja Demon's Massacre, Winterbeast/Nudist Colony of the Dead, and The Witch Who Came from the Sea/The Bat People. The full list can be found here.

On the Trail of UFOs was due for release on 20th March, and to advertise this a final trailer was released. This documentary takes an in depth look at America's relationship with UFOs and follows investigator Shannon LeGro as she travels across the United States, going to such places as Area 51, New Hampshire and New York.

Dark electro-pop band Shadow Fashion have released a new single and video for their track Children of The Night. The band, who are said to appeal to fans of Depeche Mode, The Cure and New Order have created a song that speaks 'of the loneliness and isolation we have all gone through'. The video was shot in three locations, including the Houston Vampire Ball.

Horror rock band Saturday Nite Shockers have shown off their new video for the song Blessed Be. The inspiration for this video comes from The Craft as well as the historical Salem Witch Trials. The band say the theme of the song is one 'of self-pride despite the oppression or discrimination of others'.

Finally, please check out YouTube channel Collectors Detective. This channel reviews comics, as well as the occasional movie review and is hosted by Andrew Carr, who I can confirm is not only a comic book geek, but is also one who is passionate about the subject and gives out good recommendations. Check out his view on the DCeased mini series below, and if you like what you see then head to his channel and subscribe as he deserves way more subscribers than he currently has!

That is it for this month. When this pandemic initially arrived in the UK I was concerned that now really might not be the time for people to be watching horror, but I think it is actually the right time to be watching anything you damn well want. Escapism will be key for getting through all this and horror films are just as relevant as any other form of entertainment media as a means to escape the world. We are all missing seeing family and friends so any gateway out of this reality is a good one. So, be safe out there, wash your hands, stay the government approved minimum distance from people, and rejoice that at least the dead are not walking...yet!
Posted by Daniel Simmonds at 13:26