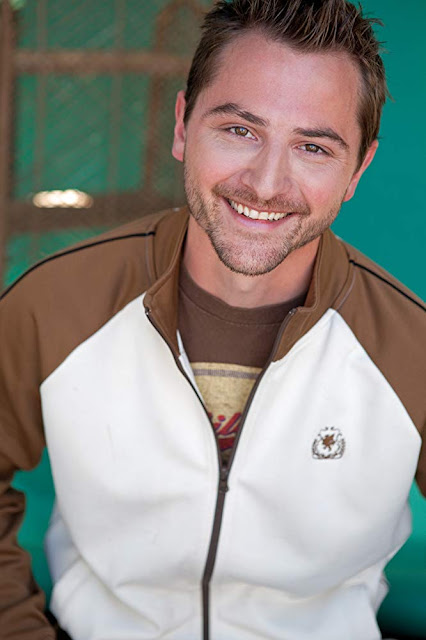 I don't tend to do news post any more that focus solely on the one topic, but when I received an email from indie writer/producer/director/filmmaker Ryan McCoy, I felt I needed to make an exception. My Hollywood Story is a slickly made video that is now up on his YouTube channel. It is twenty two minutes long so I felt it was a bit too much to fit in neatly with my monthly news post (that will be going up on Tuesday).

In the video McCoy talks about what he thinks is the current state of the American film industry as it stands today, and why he believes now is the time for aspiring filmmakers to tell their stories. He talks about his experiences in the industry both negative and positive. This is all shot, edited, produced and featuring McCoy. It is split up into chapters and really was quite interesting. Obviously the 'now' he talks about isn't these strange times we are all in, but more the times before, and the times that will follow.

He also talks about his 2012 found footage horror film Evidence, as he was talking I started to suspect that I had once seen this film. A quick search of my blog and I found an old review I wrote at the time, so I went back to that and read through it, and did a little bit of editing. Often I totally forget the particulars of what happens in films I have seen for review, there have been hundreds and hundreds over the years, with that one though I still remember the cool twist that changed up the style of the found footage format. Anyway, I digress, McCoy talks about how this film of his had its idea stolen by a producer who then went onto make a horror film in the same sub-genre a year after his film released, it even used the same title. The experience of this burned him a bit, and so he also talks about why there will never be a sequel made by him of Evidence.

My Hollywood Story has gone up today on McCoy's channel, hopefully I will be able to include it below, if not then I will include a link to the page it can be found. It made a change looking at something that was around the industry itself, rather than just checking out a film for review. There is also due an announcement McCoy has about the formation of a new media company and film company. Interesting stuff indeed.