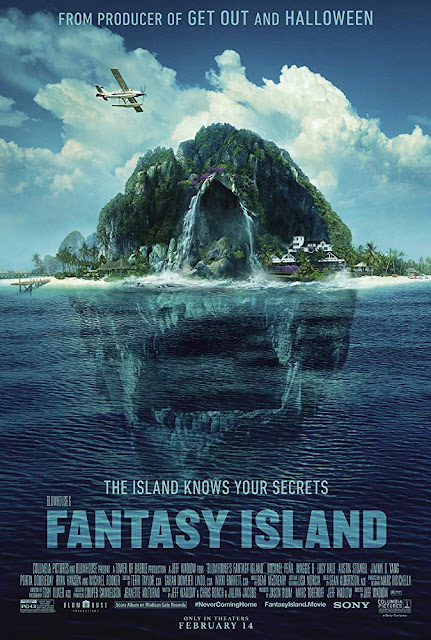 Jeff Wadlow (Truth or Dare)'s Fantasy Island is a weird proposition to see, as it is a horror adaptation of a 70's TV show that remained purely in the realm of fantasy (funnily enough). By the trailer this would appear to be going to Saw levels of body horror, yet Blumhouse's take on this concept is strangely without fangs.

A group of strangers have won a competition, with the prize being their biggest fantasy will come true on the mysterious fantasy island. These winners include Gwen (Maggie Q - Nikita), Melanie (Lucy Hale - Truth or Dare, Scream 4), cop Patrick (Austin Stowell), and inseparable step brothers, Brax (Jimmy O. Yang) and J.D (Ryan Hansen - Friday 13th). The island's owner, Mr. Roarke (Michael Peña - Ant-Man) warns the guests that once their fantasies start there will be no way to stop them until they have come to their natural conclusion. Each of the guests specified fantasies do indeed magically seem to come true, however there is a darkness that comes to each one that twists and turns them into nightmares... 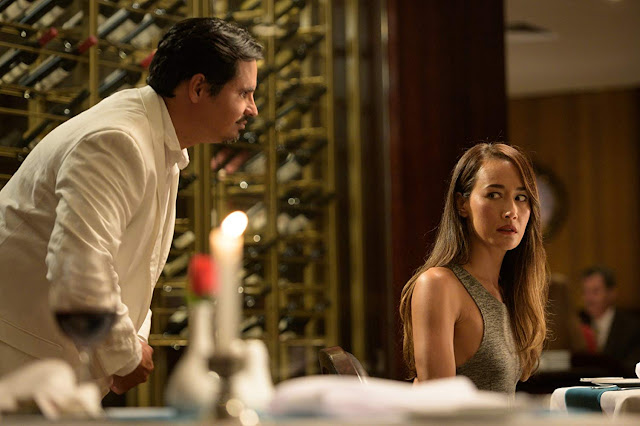 I didn't have high hopes for this one, and it was roughly in line with how I thought it would be. The biggest unexpected part of this for me was how utterly bloodless this was, and how little peril the characters are in compared to how the film wants you to think they are in. This is certainly a horror, but the danger never ranks up like you would expect. A key part of the trailer that got me interested in this was a scene that looked like something from Hostel. This like many other scenes plays out with not much happening. Not all characters do survive, but even when they do die it is in an underwhelming way. Bullet wounds are virtually bloodless, and other methods of death seemed designed for the least amount of violence, such as falling off a cliff, or drowning.

Much like the series this is based on there are various different storylines going on, following the characters as they get to enact their dreams. For the step brothers for instance they have wished to 'have it all', and so end up at a large mansion with an over the top pool party full of models, drinks and drugs going on. Meanwhile Gwen's choice is far more subdued, wanting to change a mistake she made in the past. This is when the more supernatural elements come to the front, with Mr. Roarke seemingly able to create people and places from the past, rather than it be actors and sets. The Gwen story was the most Black Mirror esque part of Fantasy Island, but this particular storyline kind of fizzled out. Eventually all of the characters existing in their own little subplots (Melanie wanting to get revenge on a school bully, and Patrick wanting to experience being a soldier rounding these side plots out) come back together for the overarching storyline. The stories were all different enough that boredom didn't settle in, and most of them bring the message that you shouldn't be a slave to your past, as regretting the past shouldn't change your future. The core of the story is people who have become damaged over time, due to this clinging on of past regrets and events. 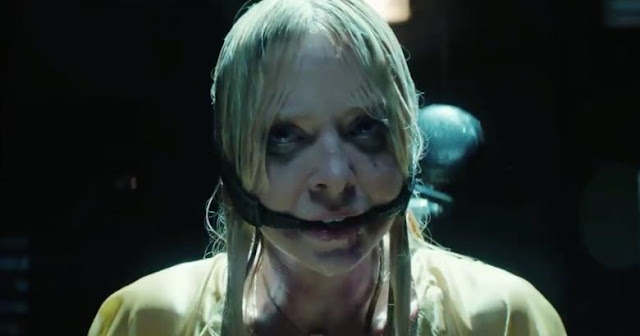 There were a few recognisable faces here, including Michael Rooker (The Walking Dead) as a previous visitor to the island hiding out in the jungle. Characters were fine, but the roles didn't call for serious acting, many of these characters exist to say their cool lines, and not really need to act like actual human beings. Drax and J.D are a case in point, usually one comedy character in a horror is more than enough, but these are both from that archetype. They are fine, it is just that an already tame film becomes even tamer when they are on screen. As I said though, there is horror here, I did like the zombie like characters that looked like something out of the video game Siren: Blood Curse, and I did think the plot was slightly better than expected, with something happening that links all the disparate guests together that was pretty interesting.

I may not have had high hopes for Fantasy Island but I did at least expect some degree of peril and threat. You do get that a little, but the bark here is far worse than the bite with many situations never reaching the heights I expected them to go. I also thought the films message was heavy handed at times, especially with different characters pretty much saying the same lines to reinforce this message. As brain dead entertainment this is functional, but be aware if you do see it that it can be quite unsatisfying.