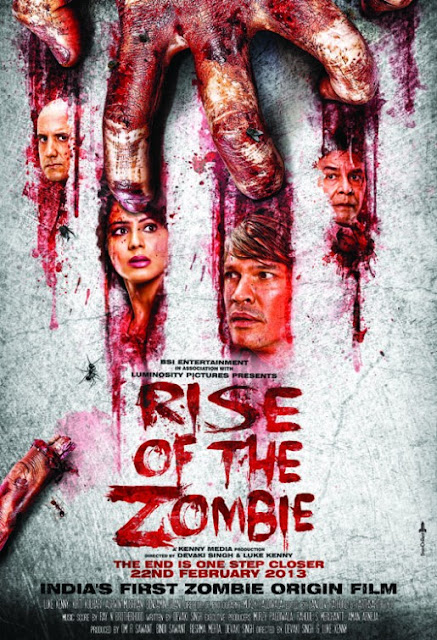 I gave myself a week off from reviewing things sent my way to instead choose films myself to watch. Getting back to basics I figured I should watch a zombie film, so chose Indian horror Rise of the Zombie. It looked like it wasn't going to be much good, and boy was my instinct right!

Neil Parker (Luke Kenny, who co-directed this with writer Devaki Singh) is a wildlife photographer in India whose passion for his job often causes problems with his friends and family. He has a habit of disappearing on assignments for days at a time without letting anyone know where he is going, and after returning from one such trip his exasperated girlfriend Vinny (Kirti Kulhari) finally dumps him. Neil responds by doing what he does best, heading off to the forest to take photos. While there however he is bitten by a strange insect, the bite gets infected and Neil starts to find himself slowly transforming... 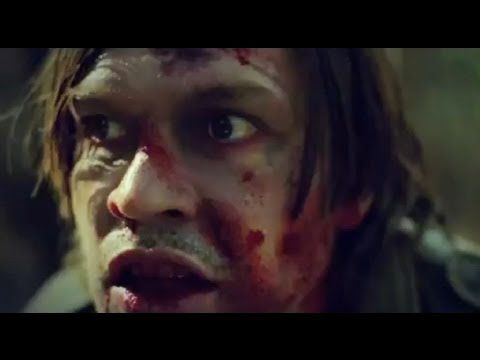 Rise of the Zombie is a horror that really doesn't know how to set its priorities. It is frustrating in this respect as it isn't a terrible film, there are at least a few good things going for it. Despite being just under an hour and a half this was very dull with not much at all going on. The horror doesn't really even begin until just under halfway through and due to the weird style of directing and editing the horror is often unsatisfactory. There is a bizarre amount of filler here, one very obvious example is an extended dance montage in a club that focuses on a girl dressed as a 'sexy' nurse. Not only did this scene have nothing to do with anything but Neil himself barely even features in it. This whole sequence features no dialogue and just felt like it was there for the sake of being there. There is so much senseless filler here that there isn't really a story until there is only about fifteen minutes left. I was concerned that this wasn't enough time and it turns out I was right. As the minutes counted down time was really running out, which had the weird outcome that the story literally doesn't end. It fades to credits as various plot threads are still occurring, meaning there is zero resolution for both the plight of Neil, and his girlfriends journey to discover where he has gone to! With so much not happening for most the run time to then try and stuff an entire films worth of story into the finale is plain weird.

One area this did get right was the make-up effects for Neil. Starting off with his arm swollen red, he has a slow transformation that includes moments when he is staring in horror at what he has become, as well as peeling bits of his skin off his arm. While he is the only zombie to be found here he does manage to get a whole host of victims passing by his remote tent. This leads to a nice scene where the camera pans through a scene of carnage. The final transformation wasn't that great looking through due to the contact lenses Kenny wears that look artificial. The scenes of him attacking people are always ruined by a weird slow motion, extreme close up shots that have a lot of blurring effects to them. It makes it hard to see what is happening and removes any enjoyment you could get from these scenes. Most the film features Neil having flashbacks to key moments in his life, usually revolving around his time with Vinny. Many of these also use clips from earlier in the film. They were not too bad but there were far too many of them. One part I thought was pretty cool looking was when Neil is looking at a photo of his dog, the camera then zooms into the photo and it turns into film. This was a highlight moment of the whole way this was filmed. 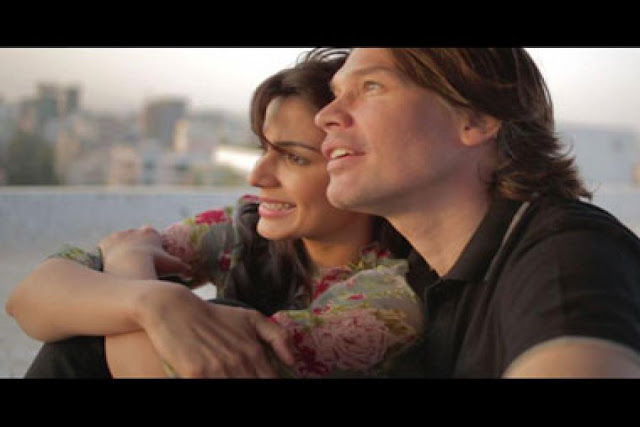 The acting here was fine, nothing outstanding but there were some characters that were fun to see. Sometimes there was dubbing put over zombie Neil, the sounds in these parts always felt very fake and unbelievable. Also, I know there is a long standing tradition of sticking in the 'Wilhem scream' into movies, but its inclusion here is badly placed, though did make for a brief amusing moment in an otherwise tedious film. The story just was not engaging, and the characters were all so bland and dull. I didn't really care at all what was going on. I Am Alone had a very similar story of a man out in the wilds slowly transforming into a zombie, but that one was far more engaging due to the sympathy and horror the main actor brought to it. Here there is none of that.

I figured Rise of the Zombie would be a terrible film but it is still a shame that it was. With a poorly placed plot, bland characters, and a whole lot of nothing going on this just felt like a complete waste of my time. It is currently on Netflix if you want to check it out for yourself, but I would say to avoid this one.

Posted by Daniel Simmonds at 15:48