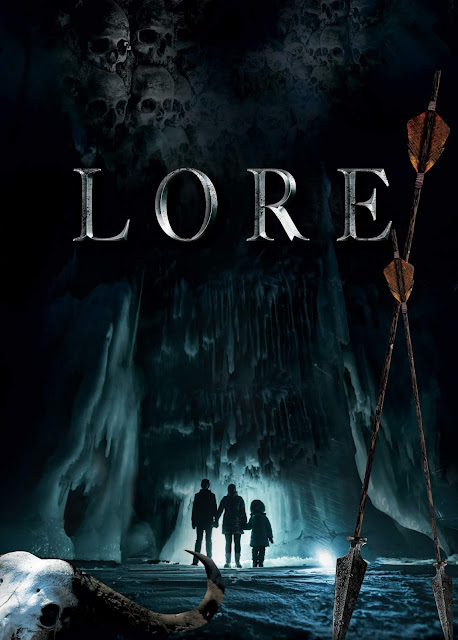 Lore is a horror film that the press release says has been heavily influenced by myths told by the Native American Lakota Tribe. It was co-directed and written by Christian Larsen and Brock Manwill in their first feature film, and was filmed on location in the mountains of Idaho. This means at the very least visually it is very pretty. While there is not too much action going on it wouldn't be entirely correct to call this a slow burn, and despite the somewhat mellow tone I found myself quite involved.

Ann (Lyndsey Lantz) and her separated husband, Rich (Max Lesser) are distraught when their teenage son Eric goes missing while out hiking on his own in the Idaho mountains. The search for the boy is called off by the authorities after they fail to discover any evidence he was even there, yet Ann keeps having recurring dreams that he is indeed still up there. She is put in contact with a Native American, John (Sean Wei Mah - Frontier TV series) who is familiar with the area, and together him, Ann and Rich go for one last search. However it soon starts to seem like the Native American myths surrounding the area Eric went missing in might actually have some truth to them. 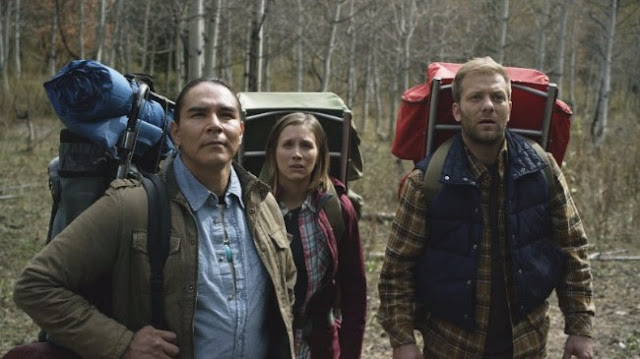 The prologue for this film works by having an alternating split that has Eric talking to his mum about the trip, and then showing the boy frightened, running through the forest from someone or something. This cleared up some questions before they even arose. Firstly, why the boy was off hiking on his own, and also that something bad did indeed happen to him. It then skips forward in time to the present where the main story really begins. There were still plenty of questions throughout Lore and not all of them are ever explained. This was done in a way where it wasn't frustrating, some stuff is left to your own interpretation, but if you pay attention to what is going on many of the questions can be found. This works as a metaphor for Ann dealing with the loss of her son. She repeatedly claims she would rather be dead if it turns out her son really is dead, her journey to find him is also her journey to move on with her life. As the film progresses she has to begin to rely on herself, and much like she has to accept there may actually be a supernatural force out in the forest she has to accept the possibility that Eric is gone.

With the remote mountains they manage to conjure up a lot of atmosphere on their own. This is a quiet movie with characters who don't talk too much, but also surroundings where not even wildlife is seen. There was something almost eerily quiet, the atmosphere helped by the strange markings the trio constantly come across. I particularly liked Ann as a character, but I did find her and Rich together to get a bit irritating. It's no wonder they are separated as they have a low level bickering that forms a lot of the dialogue. It felt like they took it in turns to be the one who wants to give up and head back home, and Rich in particular seemed overly dismissive to John's warnings. There are moments of horror and you do actually get to glimpse sight of who or what is in the woods which created some good moments. Other attempts at horror aren't so good, such as the dream sequences the ex couple both have about their son turning around to have a monsters face, this seemed so cliche for a horror film and stood out as a result. The most surprising moments are in short effective sequences that almost chill with how abrupt and unexplained the culmination is.

The location is pretty, and takes in a variety of locations including woods, mountains, and a lake. I liked how the evil here blends its look in with this location, it uses a similar camera trick to a scene for The Ritual of having something in centre of the camera almost invisible until it moves. The soundtrack was sparse, but the minimalist sound unified with the feeling of being out in nature. The switching between day and night helped both with the feeling of the progression of time, and with keeping this feeling fresh. The only prolonged section I didn't really feel worked that well was when the characters meet a young mute Native American girl, while it calls back to an earlier scene in Lore I never understood the significance of her appearing at that particular moment.

With Lore you have a horror that is not trying to be scary. The lovely looking location was a big plus, and despite the constant moaning I didn't mind at least two thirds of the small cast. This felt like something you could soak in the atmosphere with. The conclusion may not be too satisfying for some, but sometimes it is all about the journey. Lore was released by Indican Pictures on 20th January.

The movie was awful, nothing but a time filler. There was no rhyme or reason, no ending, just a whole bunch of mountain view with no plot whatever.

The plot was pretty terrible, I just kind of zoned out while watching it.