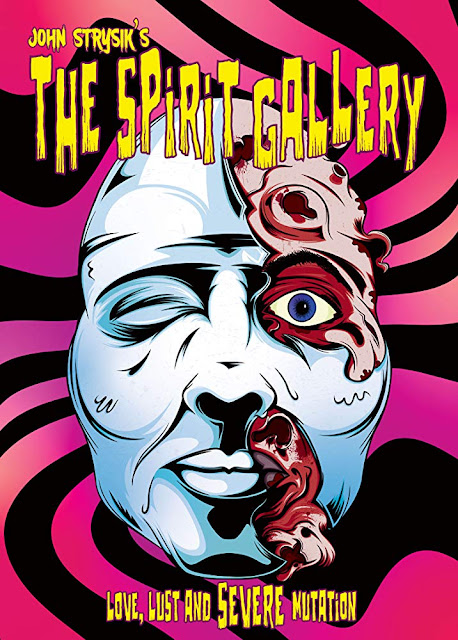 The Spirit Gallery is a horror that was written and directed by John Strysik (who wrote a Stuart Gordon film called Struck and has been a director on Tales from the Darkside, Monsters and the 90's version of Land of the Lost). Watching The Spirit Gallery I loved how it perfectly captured the feeling of the 90's, everything from the clothes characters wore to the low-fi quality of the shot on video look. Well if I had paid more attention to the email I received about this I would have realised the fact it looks like a 90's film is that it is a 90's film! This was first released in 1995 and was rarely seen, but now it has been gifted a DVD release.

Devoutly religious Gwendolyn (Holly Riddle) has been obsessed with the legendary and reclusive artist B.A Catch (Jim Burkhart) her whole life despite not having ever seen any of his work. In fact barely anyone saw his work before he disappeared from the limelight, but Gwendolyn heard rumours of how his work is so powerful at showing the goodness in people that viewers get drawn deeply into it. She wants to experience this, thinking it to be a gift from God. The film starts with the woman close to finally meeting this enigmatic master... 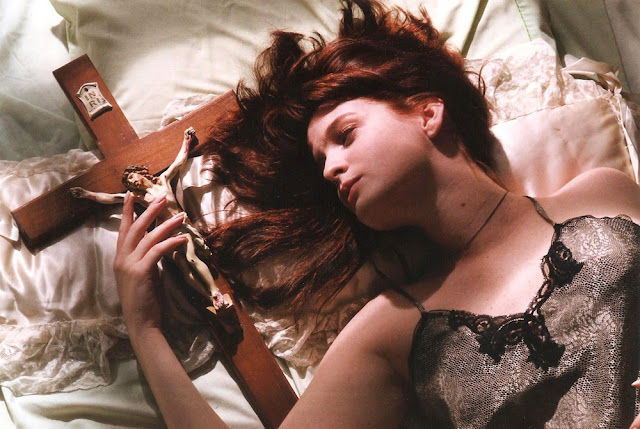 This ninety minute bizarro dreamscape of a film only really features three main characters. Gwendolyn is the protagonist and it is by following her that you get the sense of something really missing from her life. Obsessed with Jesus and God this character is shown to be determined with what she wants, yet quite a meek person as well. Leonard Parnell plays the art dealer Gideon who acts as the go between for the girl and the artist. His character is very old school with how he operates, and is much more assertive. The dynamic of these two alone really create a deep sense of the 90's, this is before the time of '#metoo', there is something wonderfully dated about everything shown in The Spirit Gallery. Burkhart plays the part of the tortured artist with everything you would expect from that character type (difficult, and with constant mood swings), yet his character is the most complex of the three with a lot of him being wrapped up in mysteries. I thought all the main characters were compelling, even Gwendolyn as the heroine character has her moments, such as when she is shown at one point to angrily drown a crucifix in a bathtub during a minor meltdown.

The horror element of this movie is down to what the art of Catch is able to do. It transports the viewer of the art to a dreamworld where they experience the pain of torture balanced against pleasure which drew parallels between this and Hellraiser. The way it is executed feels very much more David Lynch in style with body horror coming along the way, and Videodrome style transformation effects. This horror eventually bleeds into the real world when the plot reveals just what the power Catch has involves. This is a weird film and it is due to this weirdness that it becomes so watchable. Despite the low quality visuals, and the dated soundtrack that sounds like something out of a soap opera, there is something really unique about this film. I found myself drawn to it, even during the more sedate moments. There are strong religious themes going on here with even the dream sequences featuring crucifixions. This is constantly surreal, yet in a way that keeps the core story compelling rather than making it obtuse. 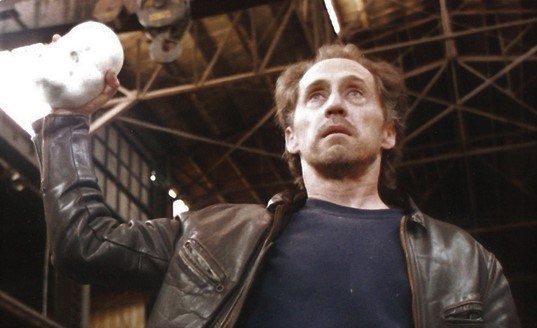 I don't know if seeing this at the time it was originally created would have worked so well for me. As it is now I got a feeling of bittersweet nostalgia with the way this looks and sounds. It also features some decent looking practical effects, even if the blood on occasion looks more purple than red. The Spirit Gallery was a lost gem, doing something that while sharing similarities with other films manages to make itself really stand apart from the crowd, especially nowadays when experimental films of this time seem harder to find. The DVD release includes a lot of special features such as audio commentary from Strysik and trailers and can be purchased here.