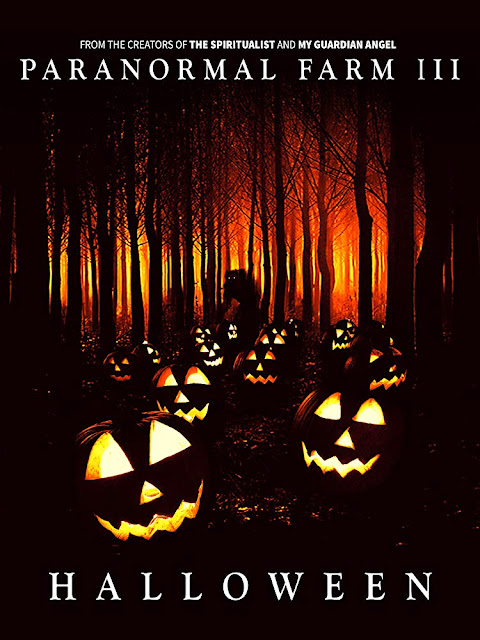 I can genuinely say that I was excited to sit down to watch found footage horror Paranormal Farm III: Halloween. The second film was extremely clever in how it turned out (within the lore of the film world) that most of what happened in Paranormal Farm was staged, and that for Paranormal Farm 2: Closer to the Truth the crazy stuff that starts happening that time around was actually real. I couldn't possibly see how they could get away with using an identical plot device for the third movie, but they kind of do, and they succeed with it as well. By now the real life farm the films are made on has become a comfortable location to visit, and so it was a delight getting to go back to the property and meet the same old characters for one last journey into horror, whether real or fabricated.

This picks up around a month after Carl (Carl Medland who also wrote and directed this) fled the farm after his producer/editor Taz (Mumtaz Yildrimlar) and him were attacked by a bizarre cult. It turns out the cult unknown to them were actually just friends of farmer Darren (Darren Earl Williams) and Lucy (Lucy French) who were playing a prank on the pair due to them annoying Darren. Needing to get paperwork signed so that the behind the scenes documentary they had filmed can get released Carl and Taz have returned, but they discover there appears to be some actual paranormal occurrences on the property. Carl decides to put his ever unreliable psychic abilities to the test in order to finally stop the ghostly goings on, as well as finally discover how the often sighted beast plays into this, and how it relates to the long dead girl Sarah... 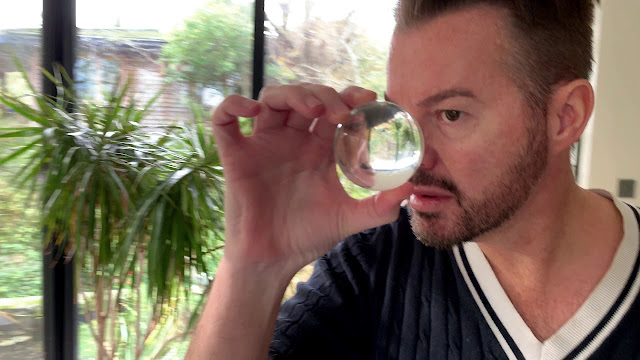 This has been a good year for found footage sequels with both this and Hell House LLC III: Lake of Fire wrapping up their respective stories. And with Halloween there is a clear ending point with all the outstanding questions answered. While Hell House LLC may be the more creepy series it doesn't have the heart of the Paranormal Farm series, or have as likeable characters. Much like before Carl is frequently hilarious, an early gag involving a fake tongue had me laughing out loud as one example. Carl and Taz's pranks they play on each other could be seen as cheap jump scares, but going into the meta of it these characters are trying to scare each other, not doing it for the benefit of the viewer. With the ending of Closer to the Truth seeming definite I was surprised how much I was able to forgive some of those plot elements being fake (again I mean within the context of the film world), and I appreciated how they mentioned some of the biggest parts of that, such as Taz and Carl both seemingly getting killed, and explaining what actually happened to them.

At around 100 minutes like the previous films it seems like it is maybe too long, but I do enjoy getting into the film, mainly due to the cast. Also there is not as long to wait for the paranormal part of the movie to start, within the first five minutes Darren and Lucy have been attacked by mannequins, and throughout there are attacks by the mythical beast, as well as objects moving around of their own accord. Carl has had a bit of an upgrade also, with his often dubious psychic abilities seeming to be more authentic, especially after being helped by a newcomer to the series; a local blind woman (Caroline Burns Cook reprising her stand-out role from The Spiritualist) who ties into the plot neatly. Darren and Lucy were as fantastic as ever, especially considering they are pretty much playing themselves. For this final film in the trilogy they have much less of a role to play, spooky stuff may be happening around their home but it is only tangentially related to them. Robert (Robert Gray) returns from the second movie and he brings with him a lot of drama that could sometimes make Halloween seem a bit too dramatic, especially with the finale that was both cringe and slightly over blown.

The special effects seem to have gotten better, objects moving on their own in particular looked great, and the increase in moments of horror where welcome, even if this is not a scary film in the slightest. It was good to get a resolution to this story, though some parts were not handled too well, such as the treatment of a victim of abuse by Carl, who showed no pity for what the character had gone through to make them the way they were. But then again, that could just be down to the character of Carl who has never been perfect, sometimes having ever so slight elements of David Brent from the UK version of The Office. Here, while the horror is fantastical it did still feel a bit more normal than the deranged cult of the second movie.

It isn't often I am excited to see a film I have been sent for review, but with Paranormal Farm III: Halloween I really was. With this series it works better the more you have seen, so it is a requirement to have seen what has come previously. It may not be scary at all, and some of it may be cheesy, but it is also strangely comforting returning to a place where you know whatever happens the people you have grown to like will come out mostly ok, and so you can just switch off your brain from the real world and enter pure escapism. Paranormal Farm III: Halloween was released on Amazon on December 22nd.