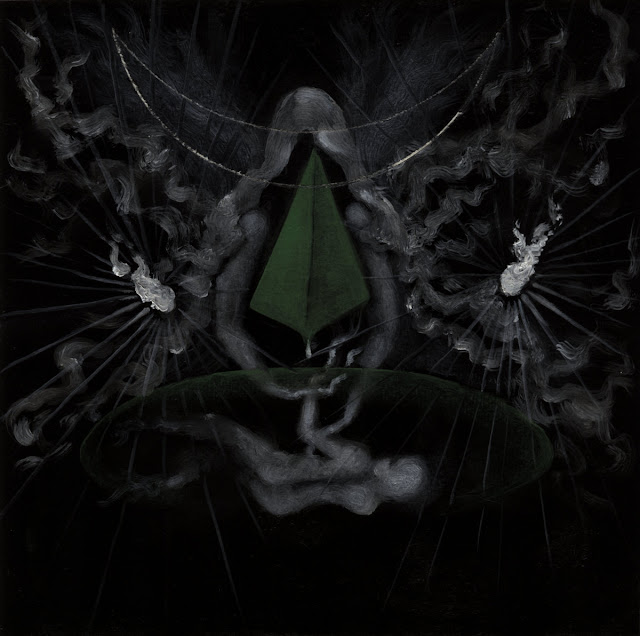 Hvile I Kaos (Norwegian for 'to rest in chaos') is an orchestral project created by Kakophonix (Chris Brown). I rarely do music reviews, and with good reason, and that is due to not really listening to much music so being totally unsuitable to knowing how to review it. Travelling I listen to podcasts, blogging I have to work in silence or cannot concentrate, in fact the only time I really listen to music is if it is in a film or a video game. Well I believe it was a film in which I first heard the music of Hvile I Kaos, and now I have listened to the latest album - Black Morning, Winter Green which is comprised of three tracks, and a bonus outro track.

It starts with I. An Inviting Afterglow which immediately brought to mind the dark fantasy world of The Witcher series of video games. At around nine minutes it's rustic in sound with plenty of string instruments, and manages to come across as expansive.
This carries on directly into II. Grand Darkness Engulfs which after four minutes into its nearly thirteen minutes takes an unexpected dark turn with evil sounding strings. This eventually transforms into a tune that felt tinged with melancholy.
The third proper track is III. A Shock of Winter Green which I found to be the most enjoyable of the three. It is a lead up into more urgent sounding music.
To finish off the album is Bonus: Outro which is a spoken word piece. I have to confess due to the echo on this track I couldn't make out a word the lady was saying, coming across sounding like the sound of an announcement at a train station, though with a more enjoyable lilt to the sentences being spoken.

Black Morning, Winter Green was a decent bit of music, as an accompaniment to tidying my house it made cleaning all the better. The quality of the recording is high, the skill and arrangement of the music is clear to hear and the three tracks compliment each other well. For more details, and to pick up this album for yourself head over to the Bandcamp page and have a look.