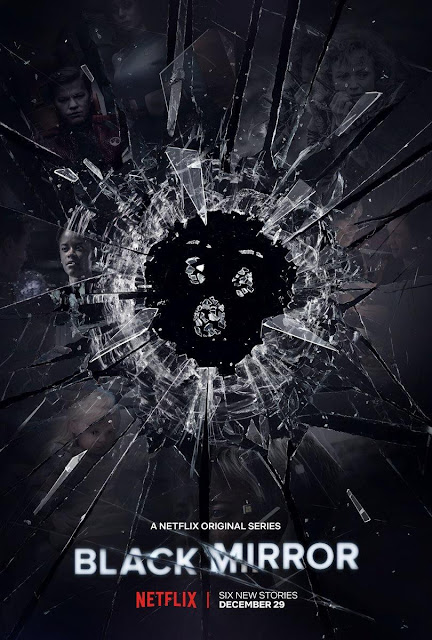 My Netflix queue has over 300 different films and series waiting to be watched, I don't see as nearly as much as I really should do. After discovering my dad in the time since I saw the third series of Black Mirror had watched every single episode I felt shamed into going back to it and continuing my path. For those who somehow don't know, Black Mirror is kind of like a modern day take on The Twilight Zone, but with a focus on plausible future technology and the possible horrific implications this tech could have on society as a whole.

Keeping in line with series three, this fourth series again has six episodes. There is not a bad episode to be found here, but there is a subtle shift towards more positive outcomes, with the harrowing trauma that older ones such as series two's White Bear and the third's Shut Up and Dance caused mostly absent. It manages this shift by usually featuring at least a couple of main characters, rather than just the one. They are usually set up with a bad character who gets a typical Black Mirror fate, while a good character has an ending more like the happiness found in San Junipero. As I said, there isn't a bad episode here, but I do think the show is at its finest when it delivers a soul wrenching sucker punch of a twist. With technological ideas that have already appeared in previous episodes showing up here I got the impression that maybe Charlie Brooker is running out of ideas for future tech, either that or he saw the potential of exploring other ideas he has previously had in new ways. 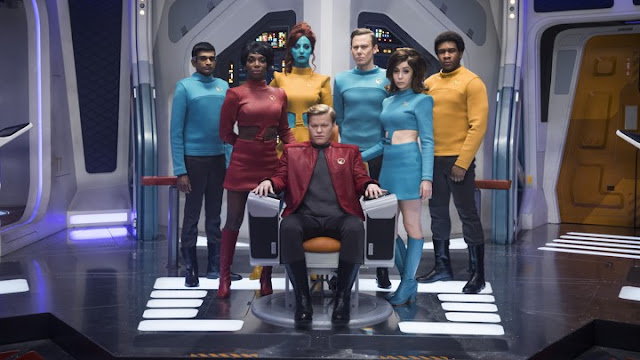 We start with the fantastic USS Callister which just may be the best episode in this season. Here we follow a computer programmer, Robert Daley (Jesse Plemons - Breaking Bad) who in his free time is the captain of a Star Trek type spaceship in a VR game he has created. This homage to Star Trek is unmissable here, and I loved how it starts off looking like the way that show was filmed, before switching to a more typical look. I figured the twist would be that the sci-fi world wasn't real, but that much is obvious from the start. Featuring some interesting misdirection, and a stellar supporting cast that includes Jimmi Simpson (Westworld, House of Cards) this is one to watch. If you have ever read I Have No Mouth and I Must Scream by Harlan Ellison you will know what to expect here as they share similar ideas.

Next is Arkangel that is a much more grounded down to earth episode. Here an overprotective mother (Rosemarie DeWitt - Poltergeist) fits her daughter with a device that allows her to monitor her child's vital statistics, as well as see what she is seeing whenever she wants via a handheld device. Mainly taking place during her daughters teenage years this has plenty of cringe, but doesn't really go too far in any direction. Directed by Jodie Foster this was typical Black Mirror that is only really let down by a bit of a damp squib of an ending. 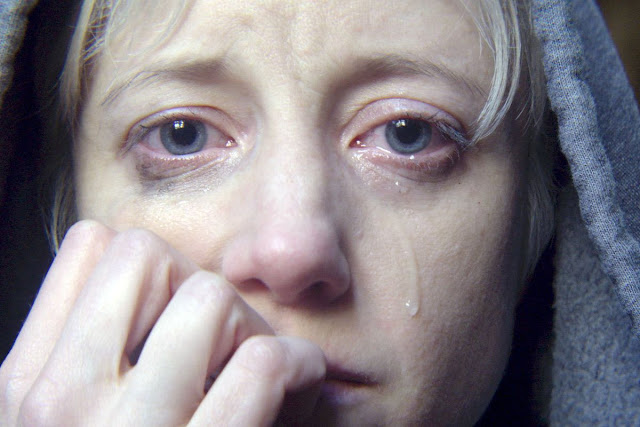 Crocodile stood out to me as it had far more of a feeling of Tales of the Unexpected than of The Twilight Zone. Hoping to cover up an old crime, Mia (Andrea Riseborough - Mandy) commits an unspeakable act, unaware that her crime may be uncovered by an insurance claim investigator (Kiran Sonia Sawar) who carries with her a device that lets her see visual representations of peoples memories. In some ways this was typical in that the protagonist is certainly deserving of anything bad coming their way, but the Icelandic setting, and the unrelenting actions of Mia juxtaposed with her family life lead to a dark, yet fascinating hour of TV.

Hang the DJ is the most feel good episode this series and takes place in a world where technology exists that can match couples to nearly a 100% compatibility rate, by setting people up to a series of relationships with set expiry dates in order to gather information. Amy (Georgina Campbell) and Frank (Joe Cole - Peaky Blinders, Green Room) are two such users of this tech and begin to question the validity of it when they find themselves yearning for each other after their relationship has been terminated.
This was my father's favourite episode, and it was a good one. Personally while I like the odd upbeat story where the stakes are almost nonexistent I wouldn't want them all to be like this. The main characters are both likeable sorts so I was onboard for this feel good love story. 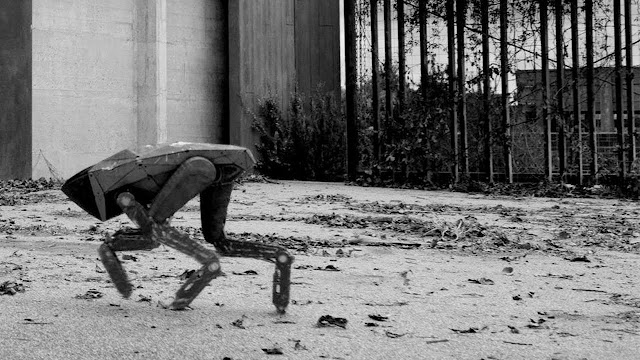 Metalhead is the penultimate one for this season and has a few firsts for the show. In a post-apocalyptic landscape a woman (Maxine Peake - Shameless) is pursued relentlessly by a small, yet deadly robotic dog. This episode was filmed entirely in black and white and features barely any dialogue, it is also the shortest one to date coming in at forty one minutes. At first I thought the black and white was to made it seem like The Twilight Zone, but to get a better idea of what this is, imagine if The Terminator happened in the real world. This is a breathless fast paced thriller with elements of A Quiet Place that loses a bit of impact due to no real context for the world it exists in.

Finally is Black Museum that I had been really interested to see. That is because the titular 'Black Museum' contains lots and lots of easter eggs to previous episodes. In fact, by lines of dialogue characters say, to the items shown throughout there is at least one reference to every single previous episode.
While waiting for her car to recharge, and out in the middle of nowhere, a young woman (Letitia Wright - Black Panther) decides to visit a strange museum she is parked by in order to kill some time. There she meets the eccentric owner, Rolo (Douglas Hodge - Joker) who tells her the strange stories of three of the exhibits on display. One about a device that let a Doctor feel the pain of his patients, one about a comatose woman whose A.I construct of her personality and memories was implanted in her boyfriends brain, and one about a convicted murderer who had been executed by electric chair, whose fully formed A.I construct of his memories and personality could now be endlessly tortured by visitors to the museum. I wasn't expecting an anthology format here, so it was a pleasure to see this. One complaint I had with this was that it ends on quite a similar note to the other Black Mirror anthology episode White Christmas. It seemed a shame there couldn't have been a more original way to end this as it was just weird to have a near identical finish.

While it can be argued this was the most positive and measured out series of the fantastic show, that wasn't necessarily a bad thing. Each of the six episodes felt wildly different from each other, both in terms of story and in terms of the looks and vibe. While the actual ideas of future tech seems to be slowing down, the stories being told are as compelling as ever, and the choice of actors is as spot on as it has always been.