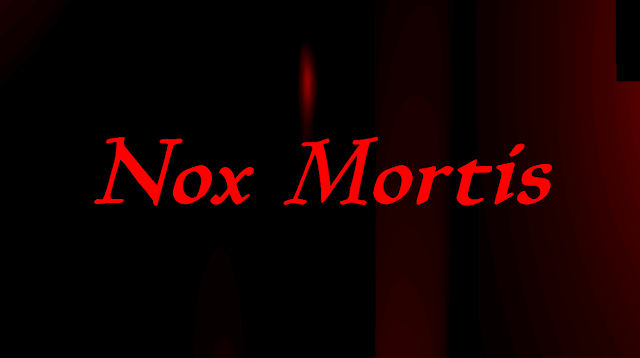 I don't really play many games on my mobile phone, but after getting an email about horror game Nox Mortis I thought I may as well check it out. This is more of an experience than a game per se, and it is designed specifically with VR in mind, though can also be played in a traditional sense as well.

There is limited set-up but basically you are in a haunted room, and due to being paralyzed with fear you are unable to move. All you can do is turn around on the spot, hoping against hope to survive the random horror coming your way.

Nox Mortis has you in a first person perspective, stood in a room lit with a blood red light. Each game you play is completely randomised and has you experiencing 12 unique scares out of a pool of 20. These include among them a mounted deer head laughing, a giant spider scuttling across the ceiling, a figure appearing at the window, and a doll's head rolling down the corridor towards you. All you have available to combat these terrors is 360 turning movement (using a finger on the screen to move around), as well as a zoom option that as it would suggest zooms in the screen a bit. Each play lasts a few minutes depending on how well you do, and it always ends (as far as I can tell) with your demise. I played through this around three times and felt like I had seen most of what the game has to offer. I liked the visuals and the sound design was actually not that bad. Plenty of knocking sounds, creepy laughter, and other traditional horror noises.

If you are reading this and thinking it sounds very limited then you would be right. However Nox Mortis is free to download and play and so it is hard to complain about not too much content. There are no microtransactions, the only concession to being free is having to watch a short advert if you wish to play again once you have died. I played this entirely in 2D, as with everything it would be better in VR, I don't even need to try it to know that. Despite that the first time I died I did give out a small yelp as I was not expecting it! Sure this is a wafer thin experience, but it is also free, and it is of a high enough quality that it is worth a go.

Posted by Daniel Simmonds at 12:51