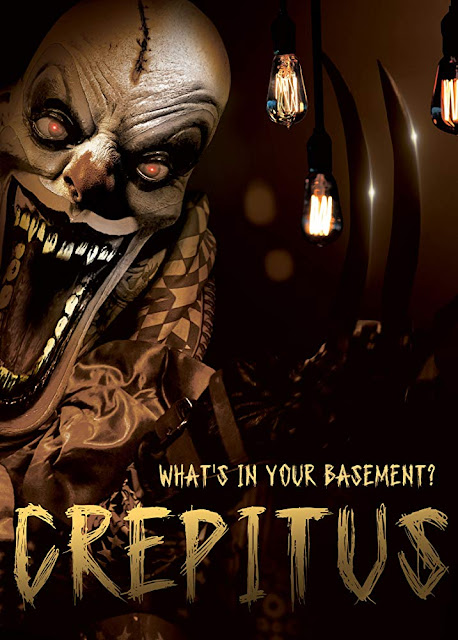 I have to say I had been looking forward to watching the Haynze Whitmore directed clown horror Crepitus. Over the past decade there has been many great clown based horror films, such as It, Clown and the fantastic Terrifier. With the horror legend Bill Moseley being involved here I expected great things. While Moseley himself is as fantastic as ever, this film was let down by a bit of an aimless plot.

Eli (Caitlin Williams) and her younger sister Sam (Chalet Lizette Brannan - Terror House) live with their abusive alcoholic mother (Eve Mauro - Age of the Living Dead TV show, Land of the Lost) in their grandfathers dilapidated house.They spend their days trying to avoid the wrath of their perpetually furious mum, while investigating the house to try and discover the cause of strange noises within the walls. Unknown to them a potentially immortal cannibal clown (Moseley - The Devil's Rejects, Repo! The Genetic Opera) resides in the basement. 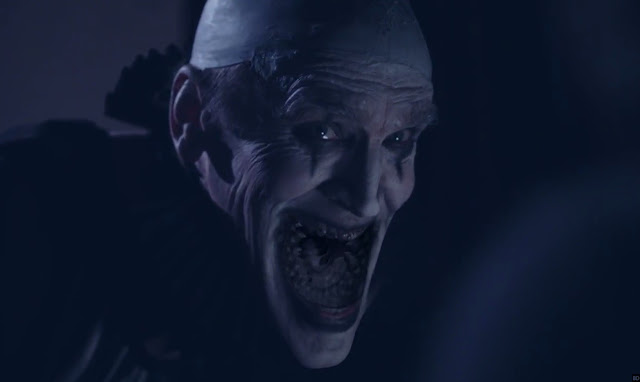 I had high hopes for this movie but it soon become clear that it wasn't going to appeal to me. The majority of the film takes place in the house, with most of the screen time dedicated to the two sisters. Their story begins in a really dull way with them trying to find out the cause of strange noises. This didn't make for a riveting story. Better would be the interactions they have with their vile mum, played with demented glee by Mauro. She mentally and physically abuses her children, but the effect of this is lost due to the children's monotone performances. They are children so it isn't fair to be too harsh on them, and it isn't really even that they are bad actors, it is more that whether they are meant to be happy, sad, angry, or scared they always look and speak in the exact same measured way. It may well be how they were directed to act, maybe the years of abuse was meant to have numbed them, but it didn't make for exciting protagonists, or people I cared about.

The highlight of this is of course Moseley who is excellent, but then that is a given, saying he is a good actor is like saying the Earth doesn't exist, or that birds are not real, obvious things that everyone can agree on. His character of Crepitus is used sparingly, slowly getting more and more screen time, yet never getting to do too much. This evil clown only speaks in rhyme, and looks suitably creepy with his make-up. He features in quite a few nightmare sequences, as well as the best parts of the film. There was a Sinister type vibe going on at times with old Super-8 footage showing disturbing footage of previous victims of the clown. Those parts where by far the most enjoyable and creepy moments. This feeling of horror is drastically brought down by all the scenes of the two sisters together, I just felt no suspense for their plight. 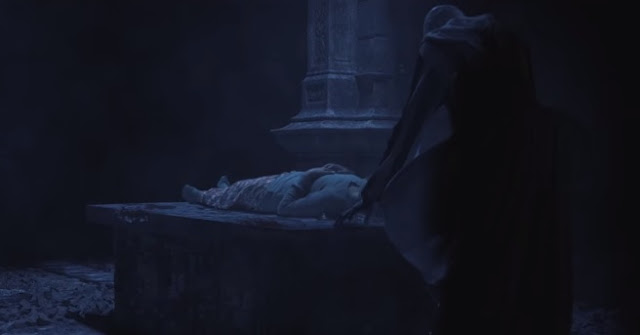 The story itself is a bit obtuse, though it can be inferred throughout with a bit of a story dump towards the end to explain things slightly. The main story felt at odds to the clown in the basement though, that part, while better than the main story did feel like it was a seperate film entirely. That was the part I cared about, not the girls going on a wild goose chase to investigate their families history, and dealing with their psychotic mother. Crepitus did have a decent soundtrack at least, though the location, while looking nice enough was also a bit dull, even elements of found footage horror couldn't break up the tedium. This is a sometimes disturbing film, while light on violence it has some themes that are suitably twisted, but could feel nasty for the sake of feeling nasty.

I was disappointed with Crepitus, it sounded on paper like a sure fire hit, but it was executed in a way I didn't find satisfying. There are elements here which do work well, and it is always good to see Moseley in anything, but overall there were too many parts that just didn't interest me, and his character was under utilised. Crepitus comes to theatres this November, and will come to DVD in December, thanks to Indican Pictures.