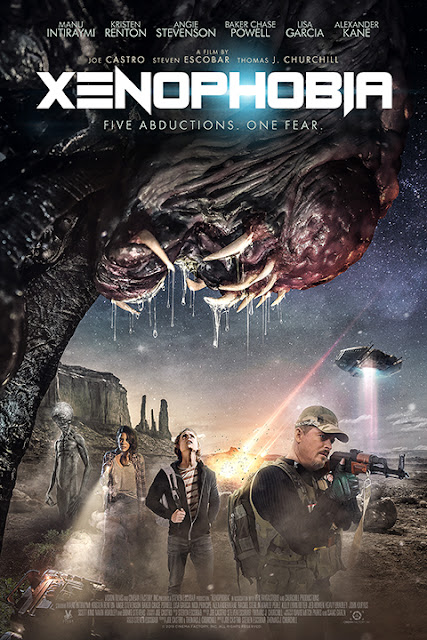 It was just half a week ago that I watched the horror anthology Urban Fears, and now today I sit down to watch sci-fi horror Xenophobia and discover with some joy that it too is an anthology. The format for this one is one wraparound story with three other ones coming off of it. You could argue this is B movie trash, but that isn't entirely fair. Sure it features some questionable acting, and some suspect effects at times but it is actually a fun movie that knows what it is trying to achieve.

The wraparound story is called Trona Pinnacles. A young man, Eric (Baker Chase Powell - Little Dead Rotting Hood) is out in the Nevada desert taking photos when he gets abducted by aliens. His experience leads to him seeking out an alien abduction support group from which the other three shorts come from.
In Doomsday (directed by Joe Castro - the Terror Toons series) Becky (Kristen Renton - Sons of Anarchy) is out camping with her husband Harry (Nick Principe - Army of the Damned) when they come across a strange sight out in the woods. This initiates a nightmare struggle for Becky to stop her mind controlled husband from delivering an apocalyptic McGuffin to the nearby city.
In Starchild (directed by Steven Escobar) a woman babysitting at a house must fight off an alien presence that invades the property.
Finally in Last Phase at the Sullivan House (directed by Thomas J.Churchill) a group of former abuse victims have kidnapped a man called Edgar (Mark Hoadley) after witnessing him trying to murder his wife. However he has a bizarre explanation for what his motivations were. 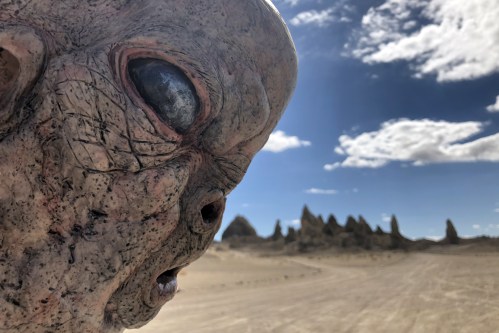 While the stories are all related in a way, they all feature a different form of alien menace, of which all of the creature designs look pretty good. There are CGI effects used, and occasionally they do look a little bit bad, but they are used sparingly, apart from the outdoor scenes of U.F.Os in the sky. Thankfully for the most part it is practical effects that are used, something that just works so much better. All the alien designs are pretty great, and while they look like unreal they still feature some cool designs. The two headed creature in Doomsday manages to really look freaky, and I liked the throbbing effect they use when showing it. The creature in Starchild did kind of remind me of a roomba in its size, it wasn't bad but wasn't as much a standout as the other ones. For Last Phase there is a real The Thing style gross mutation going on. On the one hand sure it doesn't match the effects from that almighty film, however it still looks fun, and far from terrible. These creature designs were the highlight for me with Xenophobia.

With indie sci-fi films I often worry that I will be bored, as to be honest they usually can be kind of dull. With these being shorts there is less opportunity to have overlong sequences of nothing, all the stories here are full speed from the start. The acting isn't always the best, there are a huge number of terrible sounding screams for instance, and there are more than a few scenes of characters running around holding creatures to them trying to make it seem like they are being attacked. All this fits the B movie vibe somewhat though, for something not trying to be the best it is passable, especially when it sometimes adds to the goofy low-fi horror feeling. The stories themselves aren't the best, but they don't outstay their welcome, and often put in unexpected, ridiculously overblown sequences. I particularly liked a stupidly insane part where a character shoots laser beams out their eyes, which then not only cause someones head to explode, but follows up with a huge CGI explosion. Things like that which come out of nowhere never failed to delight. 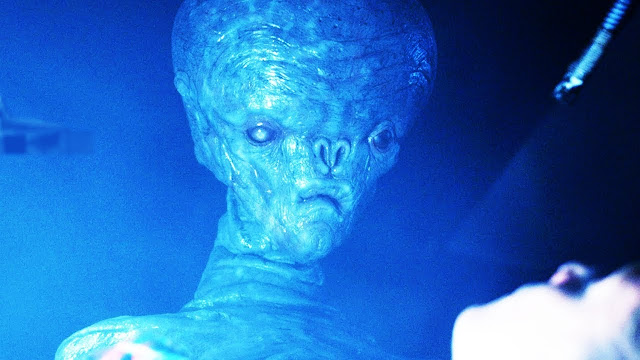 Each of the different films here fitted together in tone quite well, though Last Phase seemed a bit darker in that it features a lot of torture of a tied up man. This one had perhaps the best story to it but seemed a bit less wholesome than the others. Starchild was the weakest of the films in that there really wasn't that much of a plot to it, though what there was was a awesome flying knife attack from the character in this one. It was cool to see Brinke Stevens (Mrs. Claus, The Slumber Party Massacre) arrive as a character in the wraparound to introduce that segment. She also has my favourite line when she says "I don't know what's going on" straight faced and serious to the camera, by that point in the movie I didn't really know what was going on anymore either!

I think that if you go into Xenophobia knowing what to expect you could have a blast with it. The segments are different enough to not feel repetitive, and the creature designs are all surprisingly good. Often silly, and often with dodgy acting but this was a film that I found to be a fun watch. Xenophobia was released on DVD and VOD on 6th August thanks to Vision Films.