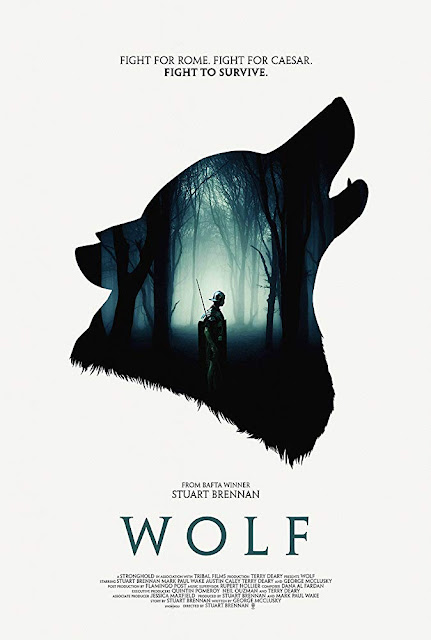 If I hadn't been paying attention I might have missed British horror film Wolf entirely. There were no trailers for it and it only seems to be having a limited run. I soon discovered why, as this is an indie horror that is obvious to see doesn't have the biggest of budgets. It was a nostalgic feeling watching this, as it reminded me of seeing indie films on a big screen at the much missed UK Festival of Zombie Culture. This was actually quite appropriate as it turns out this was written and directed by Stuart Brennan, whose zombie film Plan Z was shown at the 2016 festival.

Wolf takes place in Britannia (what is now obviously Britain) in 150AD. After four messengers go missing north of Hadrian's wall a group of ten Roman soldiers are tasked with heading out to try and discover what has become of them. Four days journey into Caledonia the group get attacked by some sort of deadly creature. Up against a seemingly invincible enemy they have never encountered before, the soldiers have to try and make it back to the safety of the wall before they are all killed. 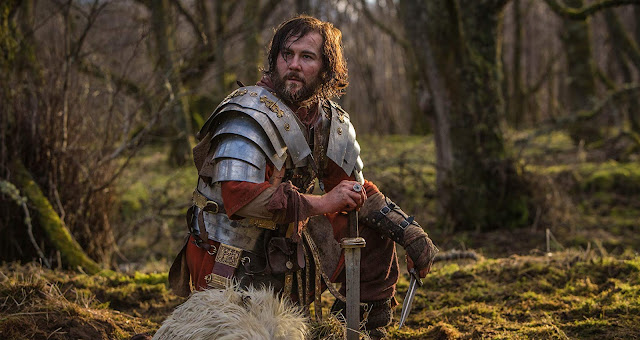 As the title would suggest this is a horror film about werewolves, and being set in what would become Scotland I couldn't help but entertain myself by imagining this was a prequel to Dog Soldiers. The video game Wulverblade had already clued me in on the myths of the werewolf type creature in that part of the country so it was interesting to see a different take on the myth. During the prologue it become evident just how low budget Wolf was actually going to be. I'm actually pretty impressed it managed to get a cinema release, more impressed than the man sat the other side of the aisle from me who walked out after barely ten minutes had gone by never to return! This goes the route of keeping the monster hidden from sight for the majority of the movie, mostly it appears on screen as a blur, or deep in the background of the woods the film occurs in. When you do eventually get to see the antagonists it wasn't that bad a look, different to the traditional hairy wolf creature you would expect.

I keep going back to the budget but it really had a big impact on how this all plays out. The first third of the film takes place in the dead of night, and it really was near pitch black. The camera is almost claustrophobically centred on the characters, which actually helped in making you feel more closer to them than if there had been plenty of cinematic shots. As I saw the film at night I was quite on board with this first section as I was tired, so appreciated the dark shots. At times the camera being focused on the characters becomes a curse, such as when they stumble across a small hovel, but happens to be just off camera for the most part. There are quite a few drone shots that did a good job of showing the wilderness the soldiers were in, even if there seemed to be one too many of these shots. The whole hovel scene in particular had really odd editing, the camera rapidly flipping between characters as if the editor wasn't really sure what shot should be used. This was the only part of the movie that did that, so it stood out to me. Often things could get a little confusing, towards the end random characters keep appearing from out of nowhere with no explanation, later there is a fight between characters that I didn't understand the point of. Early on the initial battle with the werewolves happen off camera, with a character having to retell all that just happened which seemed to be that way to save costs. 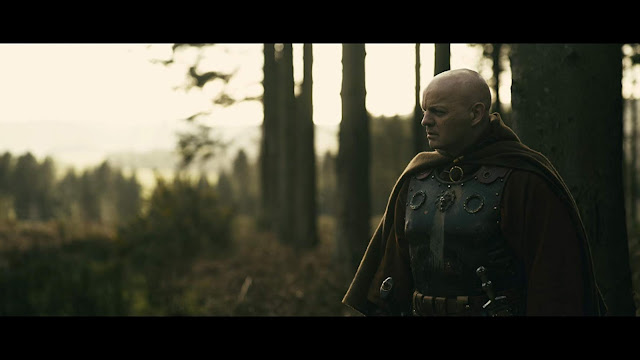 This is a horror first and foremost and so there are some liberties taken with the storytelling, namely with the roles the women played here. At least one of them is shown to be a Roman soldier which I'm pretty sure wasn't a thing. On the plus side though the core cast of seven characters is near evenly split between male and female, with the females shown to be just as capable as the men. These characters include Grackus who is played by the director himself, as well as a Germanic scout who was played by Victoria Morrison, and a soldier named Nerva played by Mark Paul Wake (all three of these last seen by myself in Plan Z). A lot of the film centres on the interactions the group have with each other, that includes a couple of flashbacks. The dialogue is often slightly cheesy with no one seeming like a realistic person, but it was enjoyable enough.

Wolf was a valiant attempt at creating a period piece and succeeds in the respect that it never becomes boring. I did feel the plot was a little rough around the edges, and some of the film making also felt a bit rough. Examples such as a fight scene that appeared to have been sped up, and some sound effects used that felt generic, while the acting across the board was never anything stunning. The novelty factor of something this low budget appearing at the cinema, and the nostalgia made this something I enjoyed watching, but the constraints it struggled with are obvious to see.