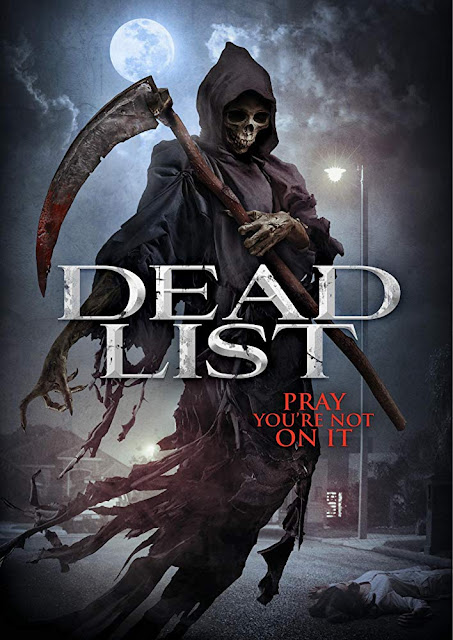 Dead List is a low budget horror film with an anthology like structure to it. It took me around half the movie to even realise it was an anthology, which is strange considering how much I love those type of films. What Dead List certainly isn't is a high quality production, yet this was fun in a totally dumb type of way, something I think was realised by the creators.

Deane Sullivan stars as Cal, a down on his luck actor whose latest audition has gone quite terribly. Due to the way his story is told it is not immediately obvious how he is linked to the various stories going on. Each of the other actors who turned up for Cal's audition in turn start to become cursed by a strange glowing symbol they find burned into their skin, which is a result of their names appearing in a strange magical book. I thought it was a nice idea not to have Dead List play out chronologically, by not following a logical time line there were a whole bunch of neat little twists that wouldn't have worked otherwise. 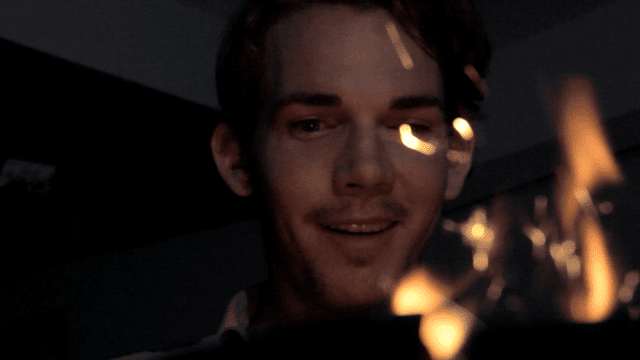 In Zander, after hearing reports of a dangerous black man on the loose Zander (Matt Fowler) is shocked to discover he seems to have become this man. This one was the shortest of the stories, with a simple scene which acts slightly like a commentary on racism within the police.
In Scott the main lead (Nick Bandera) discovers he has gone completely deaf. While the ending for this one was fun I did feel this was the weakest part of Dead List, it seemed slightly confusing as to what was going on.
With Jason, the titular character (played by Eric Pierce) and his house mate Karl (Holden Andrews who directed both Zander and Kush) pick up a crazy old lady they accidentally hit with their car. The standout actor here was Susan Stangl who looked suitably deranged in a role that mostly had her tapping on windows while grinning maniacally. It was at this point I began to cotton on that this was actually an anthology.

The penultimate short is Kush, which was the most disgusting of the stories. This follows the tragic misadventure of stoner Kush (Rob Healy) after he gets attacked by a giant fish creature while out surfing. I never like disgusting horror, and here with a man who slowly starts to dissolve you get just that. It didn't help I was eating marmite on toast at the time, when his dissolving skin took on the look of a similar colour!
Finally is Bob in which this character (Josh Eichenbaum) encounters a creepy clown during one night of drug fuelled insanity. This was both the longest one here, and the best, helped in no small part by Eichenbaum. This actor really stole the show for me, dancing without a care in the world, his character doing copious amounts of coke, and giggling uncontrollably while in the badly painted on makeup of a clown, he seemed to really get into his role. The moments where he appeared to be holding the camera in front of his face as he span round and ran places was actually kinda great, at times it felt like an origin story for the Joker. Sure with the evil clown character always holding onto a red balloon you could say it had been copied from It, but the clown looked great. 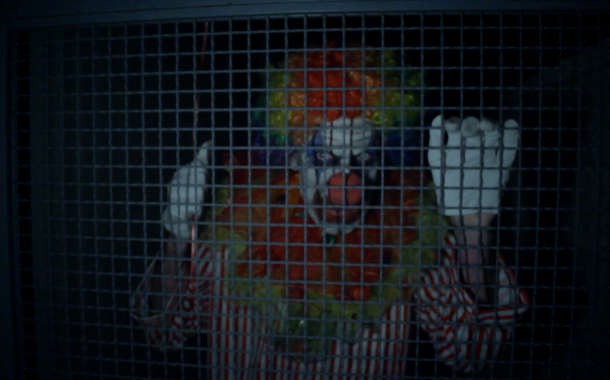 While this isn't the best made film it at least provides plenty of variation, with even the worst of the shorts still being watchable. There was a slight feeling of Final Destination here which is never a bad thing. The special effects were decent enough, especially with Kush's melting, and the makeup was always good. There is a long line of black humour here, while it never comes out overtly as a comedy this part comes about in that sometimes this feels so bad that it becomes good. The actors realise the style of this film and so often play into their roles, especially with Eichenbaum who as I said before is just pure entertainment, featuring in the best scenes.

I thought Dead List was a great little indie movie. It's not great in the sense that it is particularly well made, or that it tells a compelling story, more that it is a horror that is not afraid to be exactly what it appears to be. This won't ever be anyone's favourite film, but it was something that I got some entertainment out of, I completely understand if you watched this and thought it was trash. Dead List is meant to be due for release on 30th September thanks to High Fliers Films.

Posted by Daniel Simmonds at 09:33