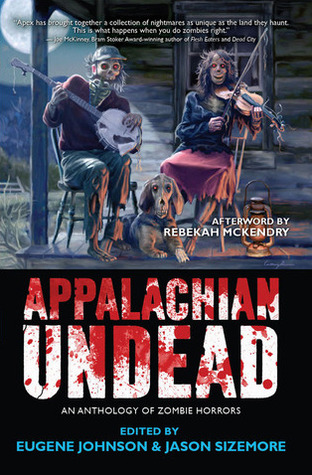 September marks the Apex Back Catalog Blog Tour which pretty much sums itself up with the title. Apex Publications have published around 70 science fiction, fantasy, and horror books since it was created in 2004. Their intention is to show off their back catalogue by getting a review of one of their older books for every day of September. I was invited to participate and after spotting zombie anthology book Appalachian Undead in their catalogue I just had to do a review of it. Anthologies often have themes and for this one unsurprisingly the theme is zombie stories that occur in remote feeling Appalachia in America.

So within this book are twenty different short stories about the undead, by a variety of authors, most of which I had never heard of. Usually there is at least one bad story, it is the law of averages, here though there were not any bad stories. Sure some were a bit predictable, some ended in ways I didn't particularly agree with, and some were not that exciting, but none of them were badly written or downright off putting. The Appalachians are known for their isolated communities and so many of these stories feed into this isolation, and sense of things being done differently.
This kicks off with When Granny Comes Marchin' Home Again by Elizabeth Massie which also begins a trend of older people being the focus of a few of these shorts. Here an old lady tries to perfect a potion that will allow her to cheat death. This was a good start. Another one revolving around an elderly lady was Company's Coming by Ronald Kelly that uses the idea of the undead as an analogy for racism, with a lady hiding some zombies from a bloodthirsty posse. The best of the stories based on old women was the fantastic Calling Death by Jonathan Maberry in which we slowly learn the chilling reason why there is a perpetual sound of digging and moaning coming from an old collapsed mine, I loved the ending of this one.

Staying on the subject of the elderly is Sitting Up with the Dead by Bev Vincent which is about an old man whose been tasked with making sure the dead in a graveyard stay buried after zombie apocalypse sweeps the land. A lot of these tales by focussing on the elderly give a feeling of tradition and doing what is seen as right. They also feed into the isolation of the Appalachian mountains which often works out very well for a zombie story. Spoiled by Paul Moore, which is based in the world of his short film Leftovers sees a pregnant lady and a stranger holed up in a remote cabin, hoping to stay hidden from not only the undead, but other less friendly survivors. This dreamlike one had many classic elements of zombie stories with some parts that George Romero would have been proud of. The Girl and The Guardian by Simon McCaffery adds a fantastical element to a similar story, with a young girl in a remote cabin being watched by a creature from another world. I loved how this one was told, it was interesting having a zombie outbreak from the perspective of a cold emotionless watcher. Then with Long Days to Come by K.Allen Wood there is another 'holed up in cabin' story. This one was more traditional and centres on two people hiding out in a house as the undead surround them. 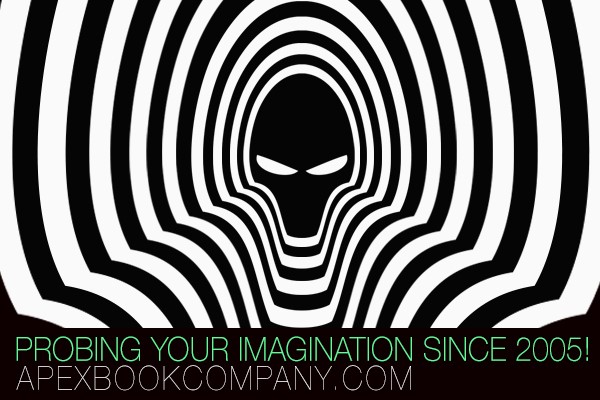 The final two that really take advantage of the remote mountains are Sleeper by Tim Lebbon (Berserk) that sees a man fleeing to some remote mines, hoping to hide from the dead. This was one of the ones I wasn't as keen on, but did something interesting by constantly switching between the present and the circumstances that led to the lead being where he is. Miranda Jo's Girl by Steve Rasnic Tem is about a little girl who is meant to be dead with the main character here knowing the situation behind this, but slowly drip feeding it to the reader as the story unfolds. Finally, Being in the Shadow by Maurice Broaddus sees a disgraced detective heading into zombie infected territory in order to right an old wrong, it was good, but for me I thought the ending was quite unsatisfactory.
While these stories were all good in their own way it was nice to see there is more variation than it sometimes seemed, particularly with some of the more unique feeling short stories. Black Friday by Karin Fuller is one of the shortest stories here, and was very good. Set at a shopping mall a device used to encourage consumers to buy more during 'Black Friday' leads to a crazy outcome. This is followed by Times is Tough in Musky Holler by John Skipp and Dori Miller which reads like something out of Hell, people judged to be evil are the unwilling participants in a sick carnival attraction. While this one was short, and was very fantastical it left a lasting impression that I didn't expect. Twilight at the Zombie Game Preserve by S.Clayton Rhodes had a great potential but I really wasn't keen on how it all played out.

There is a lot of variety throughout Appalachian Undead as to the root cause of the zombies. Sometimes it is an unexplained disaster, sometimes with supernatural roots, and sometimes it is even magic that is the cause, such as with Jucy A.Snyder's Repent, Jessie Shimmer that is actually set directly after her novel Switchblade Goddess. While I felt a bit lost with how this world worked it was still fun, and the swamp setting made this stand out from the rest. With Hide and Seek by Tim Waggoner the cause of the zombie is down to corrupted nanobot technology that sees the undead as hive minds working together to kill the 'warm ones'. This was ok, not one of the better ones but it did something different to anything else. On Stagger by G.Cameron Fuller is the least zombie like story here and acts as a coming of age story for high schooler Seth that sees zombies secretly living among us. I felt like this idea was a little too big for a short story.

Wrapping up this overly long review are my three top stories contained within this anthology. Almost Heaven by Michael Paul Gonzalez sees a bus full of elderly pensioners on a tour breaking down in zombie infested territory, only to get unexpected assistance from the surprisingly friendly ghouls. This turned into something much more light hearted than it at first seems, but then has a great unexpectedly darkly comedic, and kind of chilling end to it. Penultimate story Hell's Hollow by Michael West feels like a lost The Twilight Zone episode, in it the sheriff of a small Wild West settlement must deal with the return of a man who he shot dead a year previously. The twist here was something marvellous. My very favourite was We Take Care of Our Own by John Everson which is told via the recordings of a man who has been sent to a remote factory to see why productivity is down there. With effective red herrings, a great flow, and an interesting premise this fitted a lot in, I could see this working as a feature length film.

Appalachian Undead closes out with the literal titled Brother Hollis Gives His Final Sermon From a Rickety Makeshift Pulpit in the Remains of a Smokehouse That Now Serves as His Church by Gary A.Braunbeck. I can't see how this could have really fitted anywhere else, it has a unique structure with the whole story being told in the form of Brother Hollis's final sermon.
I have always appreciated anthologies, it is always good when you get one that has no bad stories. Sure some of these frustrated me with how they finished, but there was far more variation than I expected. All in all quite the enjoyable read. For the month of September there is 25% off everything in the Apex store if you use discount code SEPTEMBER, so check it out if you fancy reading some new books.

Posted by Daniel Simmonds at 04:51