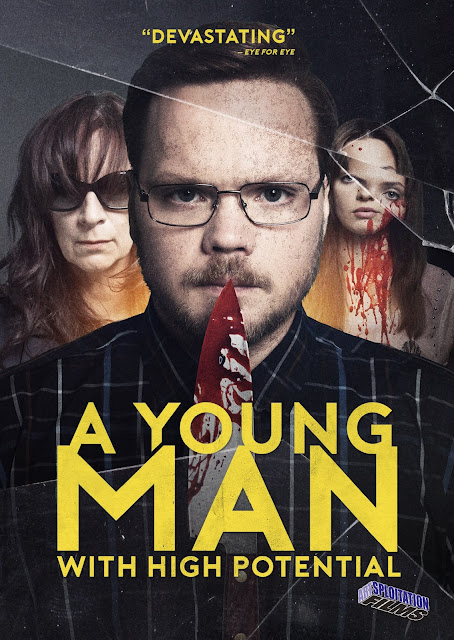 Linus de Paoli's A Young Man with High Potential is a German thriller that was hard to watch for reasons different to normal. The story here revolves around real horror as opposed to anything paranormal or monstrous, and the hard to watch feeling comes from being forced to become an unwilling voyeur, carried along for the dark ride.

Adam Ild Rohweder stars as Piet, a socially awkward introvert who lives on campus at Bauer University. One day he is approached by Klara (Paulina Galazka - The Lure) to team up for a class project, which he ends up unwittingly agreeing to. Being so unused to female attention Piet soon falls for the girl, but is distraught when she rejects his advances. Then one fateful evening she arrives at his apartment to apologise, which puts in motion a chain of terrible events that will forever change Piet. 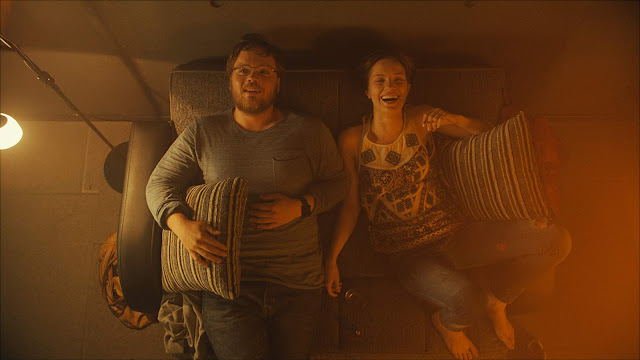 Being an introvert myself, albeit one with better social skills I found myself at first identifying slightly with the main lead, which makes what happens all the more uncomfortable. The prologue has an investigator, Ketura (Amanda Plummer - The Hunger Games: Catching Fire, Pulp Fiction) meeting up with Piet where it is straight away revealed that Klara has not only gone missing, but later turned up dead. Ketura believes that what Piet told the police was not entirely true. The rest of the film, with the exception of the final scene then goes back in time to reveal exactly what happened. I always like this type of storytelling as it is a way of giving purposeful spoilers in order to hook the viewer into needing to know what has occured. The majority of the movie takes place over one night, at times I wanted to sink into my chair, at others I had my face covered and holding my breath. For a thriller this does it what it sets out to do, with me finding what was going on abhorrent, yet at the same time forced by Piet being the main lead to have some sort of empathy for this damaged individual.

For at least half the run time he is the only character on screen, his main interactions being with a online sex room woman that due to the amount of time they have known each other is weirdly perhaps the person who knows Piet the best. The only other characters here being his seemingly only friend Alex (Pit Bukowski - Der Bunker), a delivery man, and a worker at the University canteen. This small cast helps give the film of sense of intimacy and helps focus in the main story. The way the film plays out did occasionally feel a little contrived, and almost become farcical how each of these characters happened to come across Piet during his night of madness. As silly as it sometimes seemed it did help ramp up the tension. While this is a German film all the characters speak in English, I suspect to appeal to a larger audience, luckily this never got in the way of the film, and there wasn't a bad actor amongst them, these characters all came across as believable people, especially Rohweder who turned what could be a one dimensional character into someone who at least had a few layers. He was not a likeable lead at all, but by being forced to watch his journey you are able on some level to want him to succeed, even if his actions never fail to be anything more than repulsive. 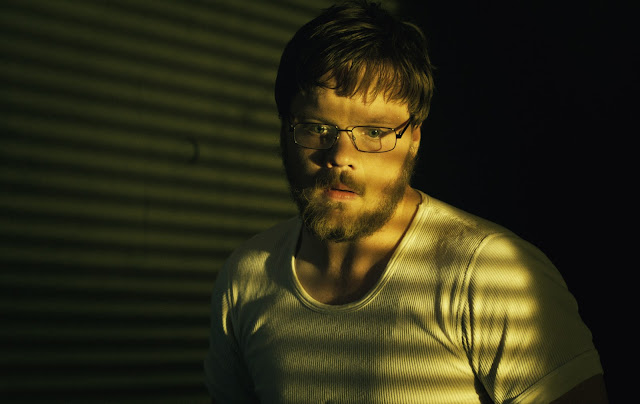 Complimenting this is the directing, with some shots that really worked well, while the sparse, militaristic looking sets gave a cold clinical feel. Add to this some decent special effects, and quite a bit of blood and you had a film that was crisp and clean. The score is sparse with there often being long periods of silence which helps what is happening to have more impact, especially when it comes to Piet and his interactions with people. When there is music it is often mournful piano based music that works well with the harrowing events.

A Young Man with High Potential isn't a fun film to watch, it is more a trial of endurance. What it succeeds in doing is really drawing the viewer in, I was locked in to the events unfolding and the real world faded away as I become completely involved with this. While I found the protagonist's actions to be terrible, being forced to be with him thanks to the claustrophobic directing made me feel a part of his journey. This film came to VOD on September 17th thanks to Artsploitation Films.