The Rotting Zombie's Round-up of Horror News for August 2019 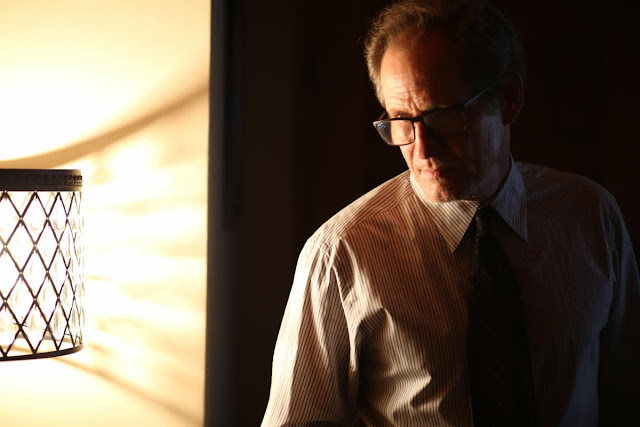 Yet another month, and yet another round-up of all the horror news I have received this month. I'm getting towards the end of a rather dull week off of work, though still plan to get two more cinema trips for the couple of horrors that are out at the moment, as well as a birthday party I completely forgot about, which is happening as I type! It is a trailer heavy post this month, which was a pain as YouTube no longer works on my PC for some reason, I shall have to look into fixing that.

Last mentioned a year ago, Danish zombie film Escaping the Dead is going to be heading to North America with a release date of 1st October. This horror was written, produced and directed by Martin Sonntag and features a large cast of over 150 zombie actors, as well as Lloyd Kaufman and Kim Sonderholm (Harvest, Lucid). Escaping the Dead can be preordered here.

Indican Pictures are set to release 6 Hot Chicks in a Warehouse this September, which comes from director Simon Edwards (Blaze of Glory). In this action horror a group of female models are invited to the studio of photographer Adrian. However it turns out the man is quite insane and kidnaps the women with the intention of forcing them to fight each other to the death. This is due for release on 3rd September.

Also coming from Indican Pictures is Perfect Skin, a horror thriller from director Kevin Chicken and writer Dusan Tolmac. This is about a crazy tattoo artist who kidnaps a young Polish woman for his next experiment. This stars Richard Brake (3 From Hell, 31), Natalia Kostrzewa (The Looking Glass) and Jo Woodcock, and comes to DVD on 10th September.

Hex Studios (Lord of Tears, The Black Gloves) really love their Owlman creation, and they love making prank videos of him scaring unsuspecting members of the public. They have recently released a new prank video, the latest victims including a pizza delivery man, a plumber, and a clown.

Shudder and Terror Films have released a sneak peek clip from the third film in the Hell House LLC series - Hell House LLC III: Lake of Fire. This movie is set one year after the events of the second movie and sees a billionaire buying the titular cursed property as a place to hold his popular interactive show 'Insomnia'. The film comes to Shudder later this year, with the first two entries already on the streaming platform. Fingers crossed that this re-captures the magic of the first film in the series!

The latest film from Dakota Ray (American Antichrist, The Acid Sorcerer) titled The Dark Days of Demetrius is due out in September. This one is about serial killer Demetrius (Ray) who has gained a kind of stardom from live streaming the murder of his victims online. Ray's movies always have a feeling of bleak nihilism to them, so I expect this will carry on this tradition. At some point in the next few weeks I shall be putting up a review of this one, so check back for that. Check out the trailer for it in the meantime here.

The final news for this month concerns horror film Killer Therapy which comes from Barry Jay. This tells the story of a disturbed man seeking revenge, whether justified or not on the family that is scared of him, and the many therapists who failed to cure him. The cast includes Thom Mathews (Return of the Living Dead, Friday 13th Part VI) whose appearance here marks his return to a leading role. This movie also features PJ Soles (Halloween, Carrie), Elizabeth Keener (The L Word), Ivy George (Big Little Lies) and Michael Qeliqi. Killer Therapy is currently in post-production and is due to premiere on the film festival circuit later this year.
Posted by Daniel Simmonds at 07:40