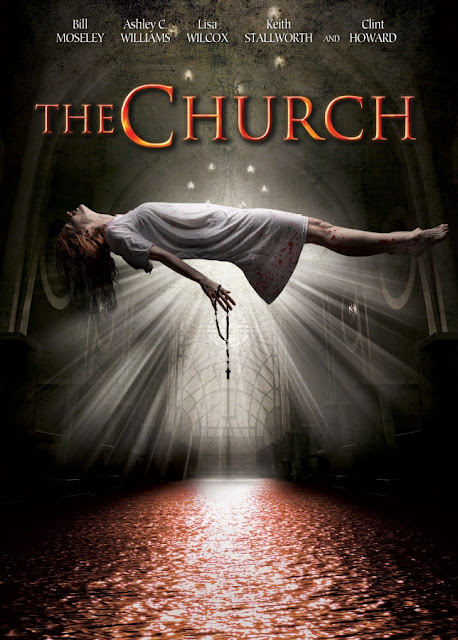 Oh man, I had high hopes in my head for Dom Frank's indie horror The Church. I liked the idea behind it and discovering that the fantastic Bill Moseley (Repo! The Genetic Opera, The Devil's Rejects) had a starring role in it I expected great things. Despite a slow start I was ready to give it a fair shot, however I soon discovered a series of glaring faults that made me unable to see this as anything more than a missed opportunity.

Moseley stars as Pastor James whose church is in a neighbourhood that is being brought up by rich land developer Andrei (Daniel Wyland). Eventually James is given an offer he can't refuse, with him and the church committee deciding to sell his family church. However during the final meeting to sign away the property something strange happens. Everyone finds themselves trapped in the building, unable to escape, and one by one they are dragged away to some sort of Hell dimension where judgement is passed down upon them. It is possible that God is not happy that his place of worship is going to be demolished... 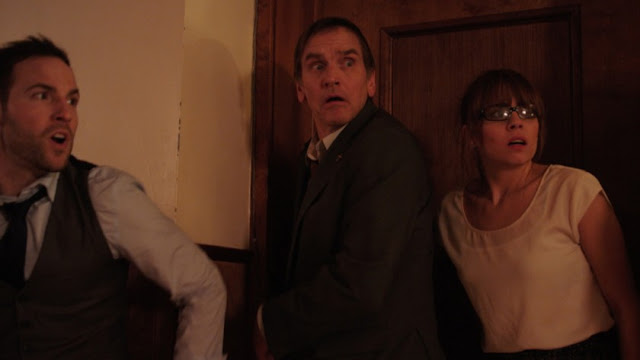 Even after the prologue in which two small time crooks vanish into thin air after entering the titular church I had hoped this would be a decent horror. It takes its time to get going with the horror not starting in earnest until around the thirty five minute mark. Sadly this was where the movie fell apart due to some terrible looking CGI. The CGI ruins this film, being a utter distraction each time it rears its ugly head. From people 'floating' in the air, to digital looking smoke and fire effects the reliance on technology beats every ounce of fright out of this. To have a finale that features prominently a floating fireball that looks like something from 90's kids adventure game show Knightmare meant that I just couldn't take this seriously. It is a shame as I did like the idea of having God as the antagonist, whether that turned out to be true or not.

The idea of people being dragged off to a Hell dimension is something that West of Hell also used recently. Despite that being an average film it still managed to do a better job than what is shown here. Here, while this has a decent enough bodycount the kills are all bloodless affairs, and all of them rely heavily on dodgy CGI. There was no satisfaction to be had from these deaths, such as a character 'burning' up in flames, or another character who seems to get poisoned by money falling from the sky. More satisfaction was gained from wondering who was going to be the next victim. A lot of the film follows the group of characters as they move around the large church, sometimes splitting up, sometimes talking amongst themselves trying to work out what is going on. It is a lot of nothing with the only distractions being doors opening and closing on their own, and people suddenly getting dragged away. 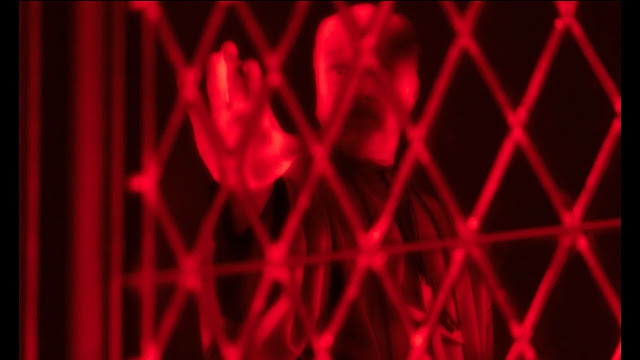 The cast are a forgettable bunch who do nothing to improve the bland plot. The characters have little to them making their fates something I couldn't care about. As to the actors themselves I enjoyed Moseley as I expected I would, though Pastor James has little to him coming across a quite a dull person. It was also nice to see Ashley C. Williams (Julia, The Human Centipede: First Sequence), though again the character she played was just so unexciting. In the context of the guilty being judged these characters can be seen to slightly deserve their fates (the Pastor's wife defining characteristic being she's greedy, and the account manager for Andrei having an affair with his secretary for instance) but I never felt any real hostility towards anyone. The plot is just silly, leading up to a finale that I found more funny than fearsome. The silliness goes on past the end also with not one but two little stingers hidden within the end credits.

To its credit despite not much happening I didn't think The Church was actually a boring film. However the over reliance on average looking CGI for even the most basic of effects, and the complete lack of frights ruined any sort of atmosphere. The Church is out on Digital and DVD with Indican Pictures releasing this to more retail outlets this month.