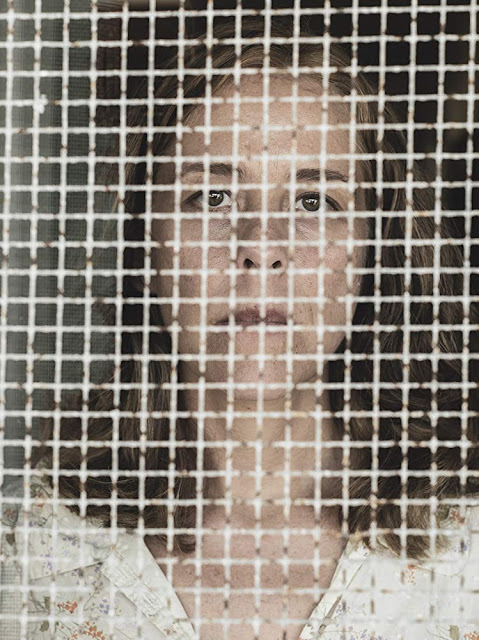 It's getting to the point that whenever I am contacted about a new film on the online video platform Alter I just know it is going to be good. Riley Was Here (directed and written by Mike Marrero and Jon Rhoads) is an Alter exclusive that came to their channel on August 14th. It also features zombies, so of course is a perfect fit for a review here.

In this short zombie apocalypse has been and gone, but for the survivors it can be hard to move on having lost loved ones in the chaos. A young man named Junior (Julio Trinidad) arrives at the home of Raquelle (Elena Devers), who provides a special service to the right clientele. A way to see what it feels like to temporary see things from the side of the infected...

Riley Was Here is quite a low key piece, yet manages with a cast of just two to really create a feeling of loss and sorrow. I enjoyed the build-up of just what was going to happen. Initially things appear straight up surreal, Junior in just his underpants being ordered to roll around on a child's bed, as Raquelle, wearing a biohazard suit coldly watches. Soon it becomes clear where this is going. By the time it does get to its conclusion you have a good grasp of both the characters motivations, they are both suffering and both see release from different sides of the same coin. The quiet pace of this creates a feeling of sadness which hides the dark direction this ends up going with. This works so well as a short, with the cautionary tale being paced so well.

A zombie short with a difference, but exploring topics that all too often are brushed over. This may be a little too uneventful for some, but this fifteen minutes is worth watching all the way to the end. Riley Was Here is free to watch on Alter so check it out for yourself.